This athletics stadium in Jablonec was next door to the football ground. I would hazard a guess it was a replacement for the track that would have been in the football stadium, prior to the redevelopment. I do not know if any local football teams uses this as a home venue, but there were no goals up.

This stadium is basically one sided, with these seats down the side. 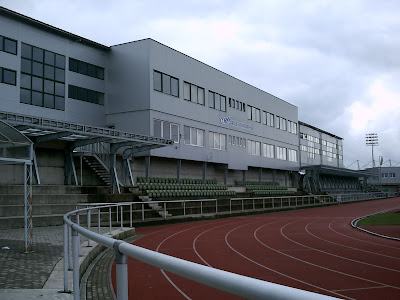 Here is a view from the bottom, looking along them. 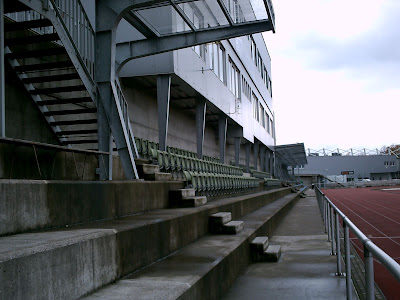 There is a rail behind the track, where spectators can stand. 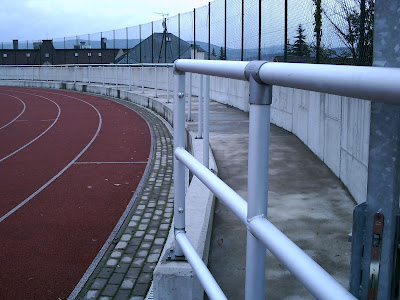 By the seats is this small area of terracing in the corner. 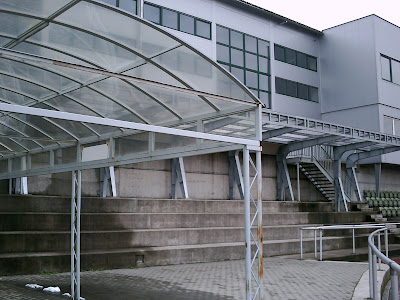 There was a path above the stand that led to the football ground, which is how I got in there. It was still snow covered from the recent bad weather they had had in the area the week before. 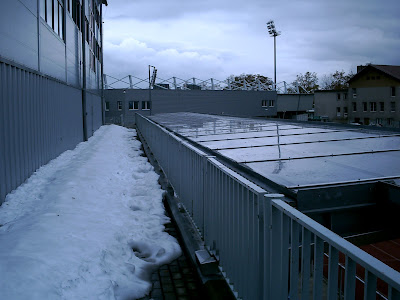 from up above, at the end of the path, we look down at the track, with some seats in view in front. The car park in the background is inside the football stadium. 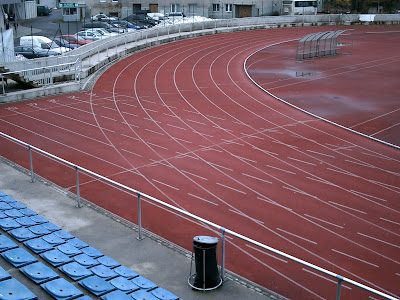