Bexley Borough play in Division Two West of the Kent County League, which is a very lowly level thirteen in the English footballing pyramid, if I've counted correctly! Despite the low level it was good enough game to watch, & a pleasant way to spend an evening.

This ground was once a Kent League venue, having been home to the now defunct Danson(Bexley Borough), not connected to the current club, & I have photos from this venue from before Bexley Borough moved in.

I visited for an end of season early midweek 6.30pm kick-off match. on Wednesday 28th April 2010, against table toppers Forest Hill Park; the crowd boosted by a number of gorundhoppers. 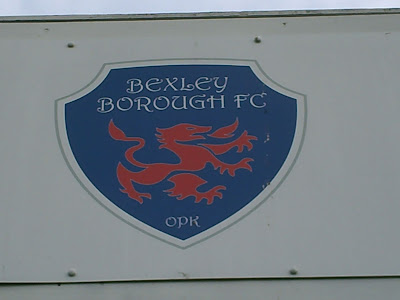 It is still a basic venue, as you would expect at this level. Nothing behind the goal, at the Youth Club end. 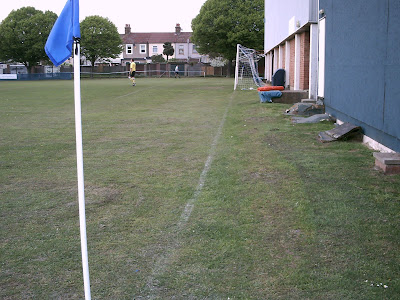 Must be one of the 'ugliest' ends in the whole league! 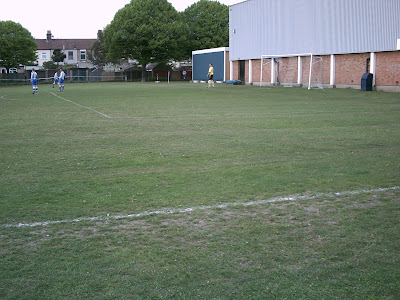 Railed off down the main side, with a small bit of cover in the middle. 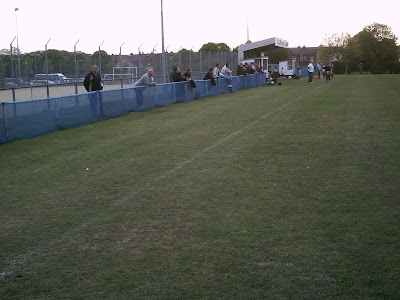 Simply a grassed area, leading up to the dugouts & cover. 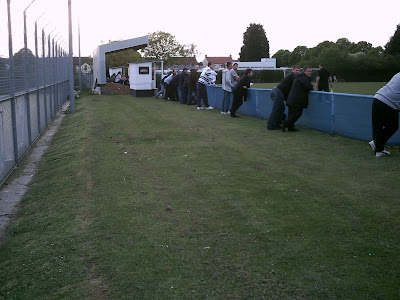 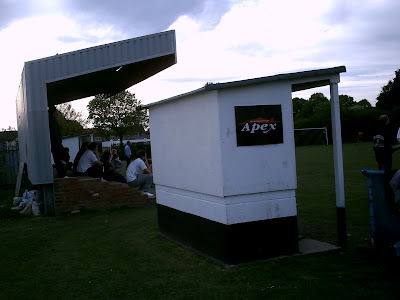 This is one of the dugouts, pitchside, at half time. 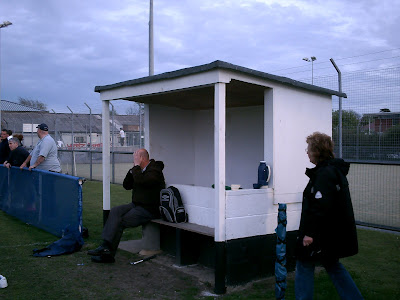 A couple of steps under the cover, this was here when Danson played here. 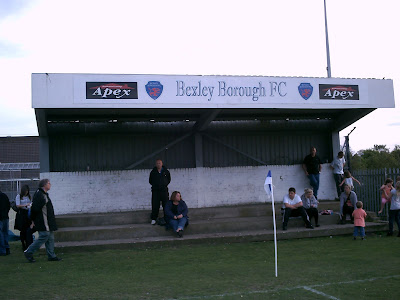 Moving on past the dugout on the other side. 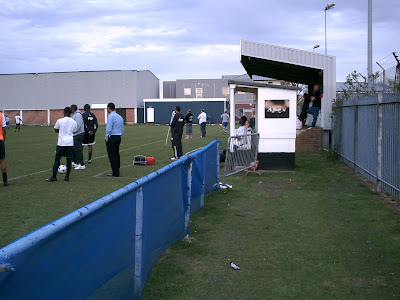 The railing continues to the corner. 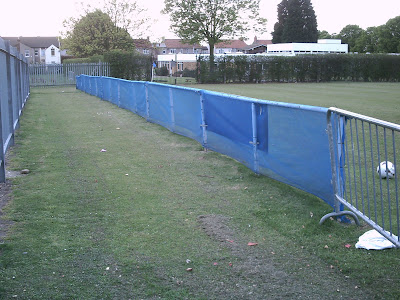 Then, like the other end, nothing behind the goal. 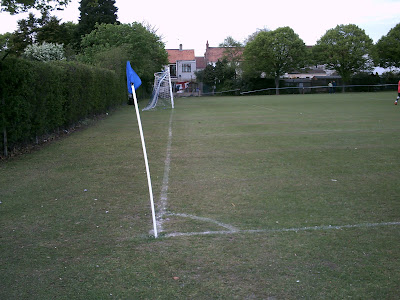 From this end we look back to the main side. 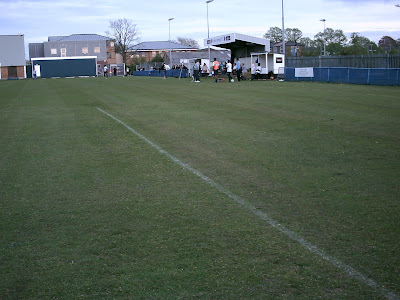 The other side is open, and railed off. 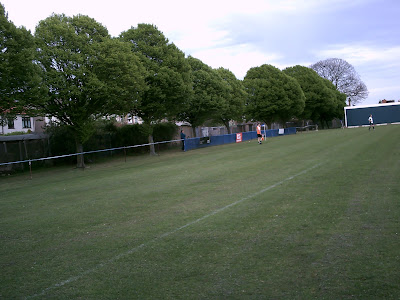 Still behind the goal, we look over the pitch. 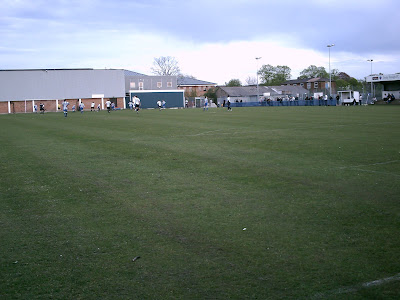 And then along the open, tree lined side again. 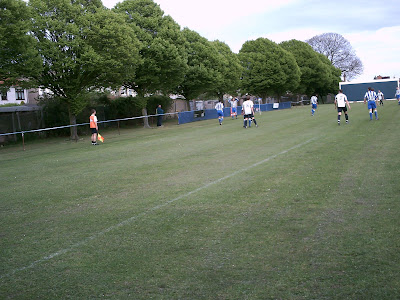 A corner flag shot, with the covered area behind. 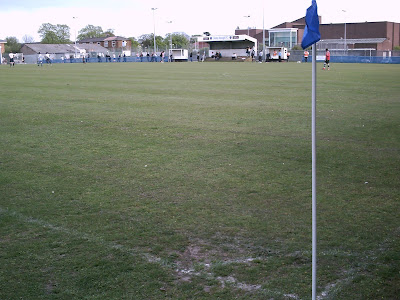 Now we're looking down the open side touchline. 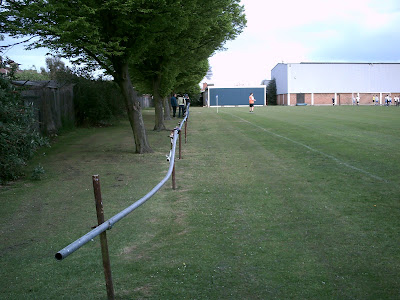 Not the best of repair jobs on the railing! 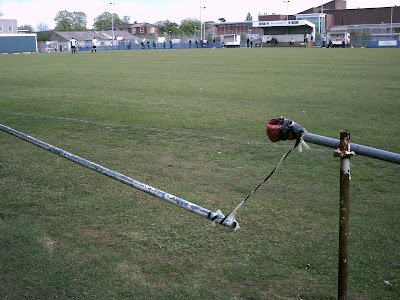 A bit of match action. 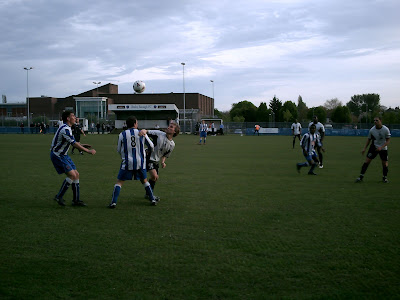 Then we continue round the pitch. 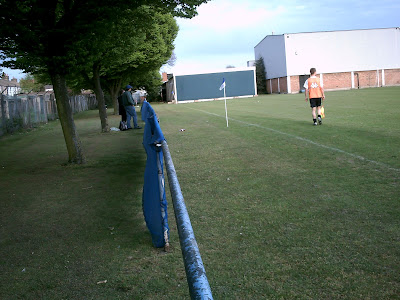 A view directly over the halfway line, to the covered terrace. 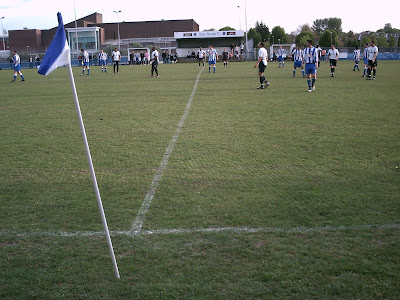 Almost at the end now. 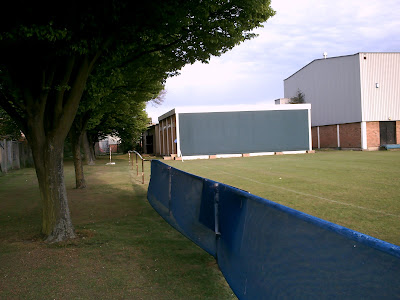 Another look to the youth club end. 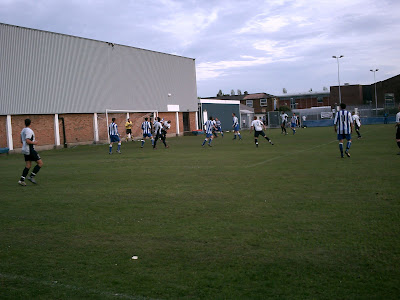 Now back over the other side, to watch the rest of the match. 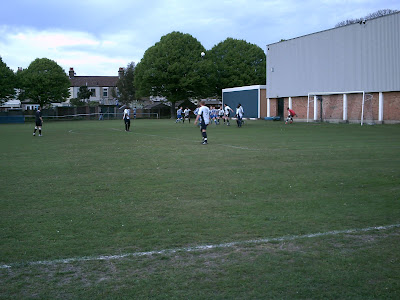 Game over, time to wind down. Not for me, I've got a bus to get back to Lewisham! 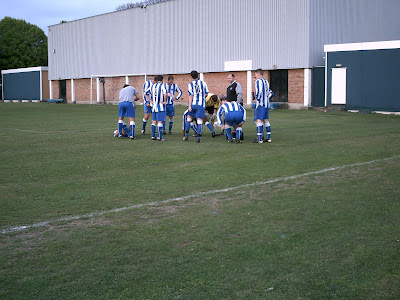 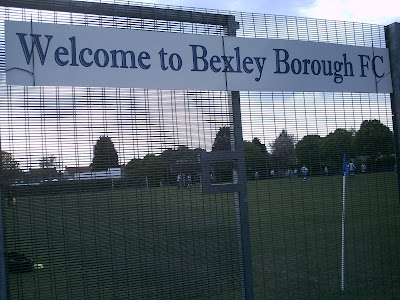