I had a look at the home of SJFA Central Division One side Glasgow Perthshire in March 2010. Unfortunately I couldn't gain access, as it was surrounded by high brick or steel fences, but I managed to get some snaps through the gaps & over the top. When I saw the place I thought they may have moved elsewhere as Keppoch Park looked so run down, but this is indeed their home. It is in a somewhat rundown area, even by Glasgow standards, so credit for them in soldiering on!

This is the entrance gates. 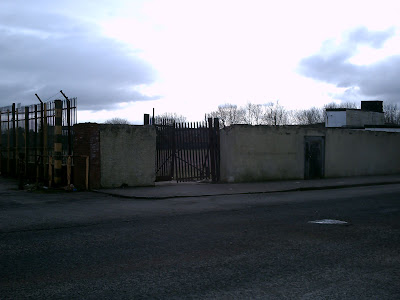 This steel fence, topped with barbed wire, runs down one side. The gates are at the far end of this picture. 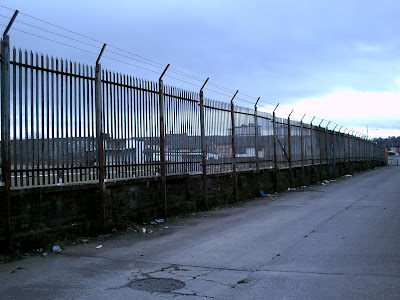 Across the pitch, having tried to find an access point to avail, we look over to the 'metal' side. These pictures are a bit wonky, as I was precariously balanced up a tree, & was 'blindly' leaning over the top of the brick wall! 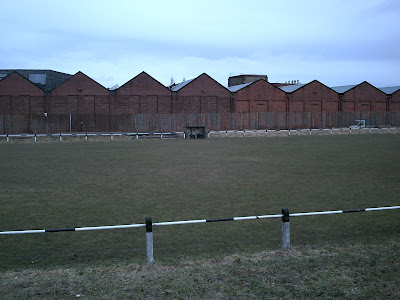 To our left is the club pavilion, which must be where the changing rooms are. Behind them is the road where the main gates are. 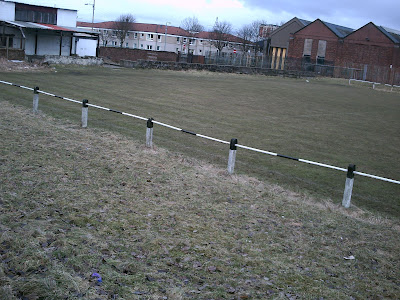 To the right we see the dugout, in the strange Scottish tradition they are on opposite sides of the pitch. The grass bank appears to continue behind the goal at the far end. 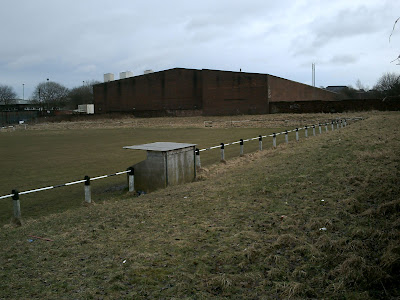 Turning back the other way you can see what I mean about wonky pics! 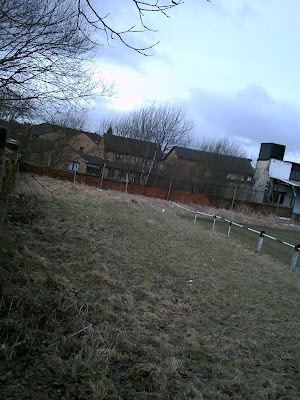 Straightening up a little we zoom in on the building, where we can see the covered overhang in front of it. 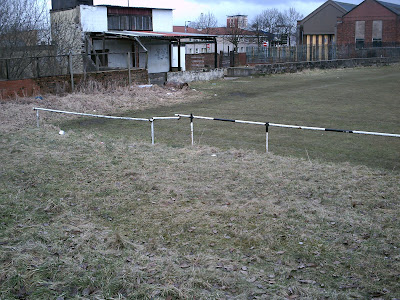 Another glance over the pitch, before we head back round there. 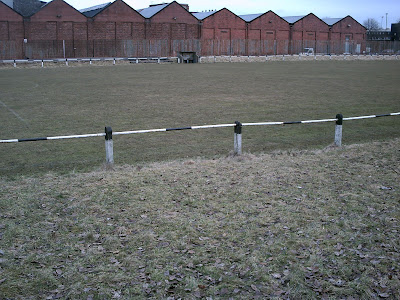 One more photograph on this side, you can see how high the wall was, which is why I wasn't going to clamber over it & jump down...in case I couldn't get back out! 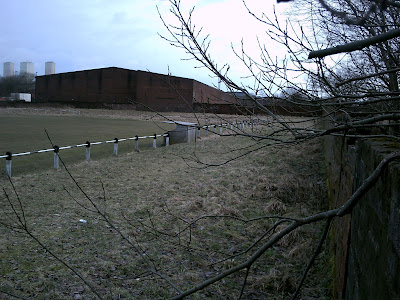 Back on the main road, this is the view through the main gates. 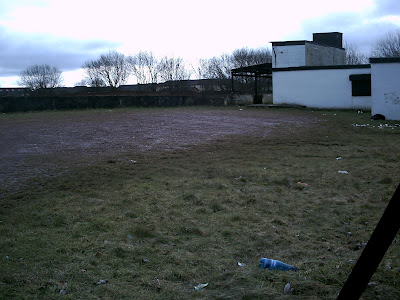 From the same spot we look ahead, & see the brick perimeter behind the goal, in this corner. 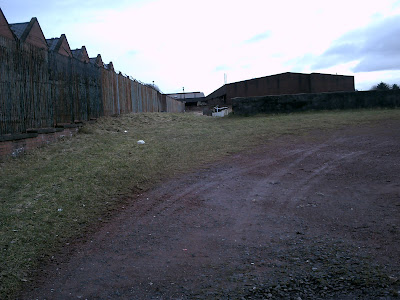 The following were taken through the metal bars, here we try to look at the 'pavilion' end. 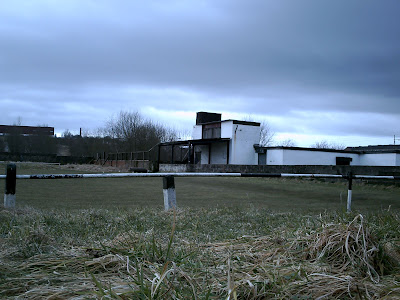 In the central area along this side there is some open concrete hard standing. 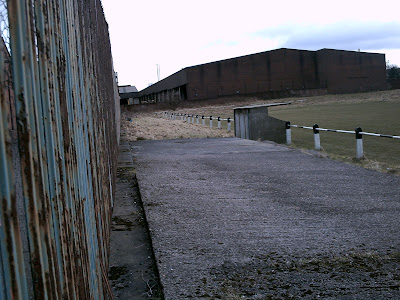 From here we see over to the brick wall I was balancing on over the other side. 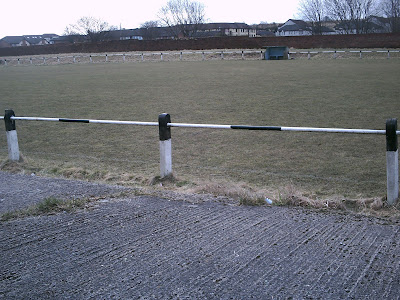 A better shot of the concrete perimeter behind the goal. 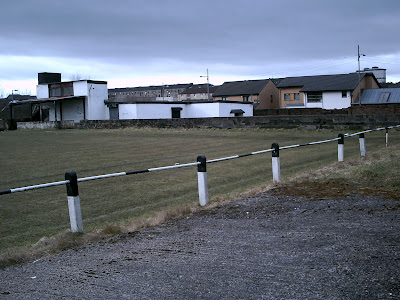 Behind one dugout, over to the other one. 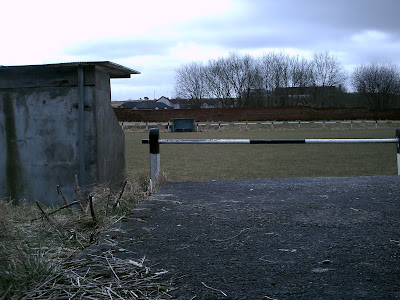 Further along we see behind the railed off far goal, more grass banking. 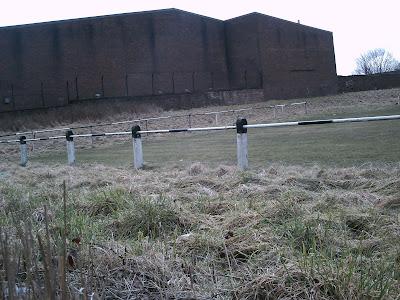 And finally we look back along this side, toward the club building behind the goal at the entrance end. 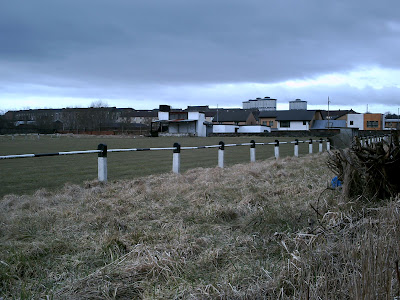 You were either unlucky or a few years too late. I've never been past the gate in your first pic. and seen it closed. In fact, I'm not sure if there was an actual gate attached to the hinge posts.

The clubhouse was considerably trashed the last time I saw it, perhaps worse than in these pics (notwithstanding what looks like a gutter hanging off). Unfortunately gates, walls and fences don't prevent this sort of vandalism, they just increase the challenge. You may have noticed Saracen Park, just round the corner, is banged up like a fortress.

Yes, credit is due to Glasgow Perthshire for hanging on. I am mindful of the fate of Huyton RLFC, driven out of their ground by vandalism, relocation in another town didn't work so they folded. GP hangs on, I think, only because it is not a professional outfit, like Huyton was (marginally), and there is little more to trash.