Metropolitan Police (Hayes) were a Kent League Premier Division side from 1984/85 to 1990/91, before dropping out of the league, presumably due to the 'monster' that is ground gradings rearing its ugly head. I never saw them play back then, so I'm not sure where the pitch they used back then was positioned. I finally visited it earlier this season when the Dulwich Hamlet non-academy Youth Team side used it for a home Kent Youth League game against Cray Wanderers. Ironically after this match I dashed to Hayes Lane for Cray Wanderers first team at home to South Park in the FA Cup! 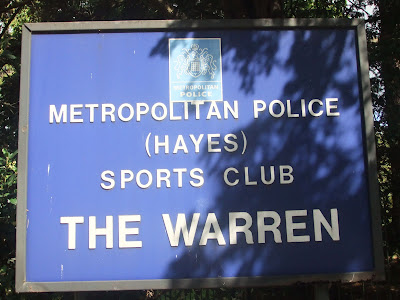 I think this is a genuine old police box, as I don't think either side had any celebrity fans visiting! ;-) 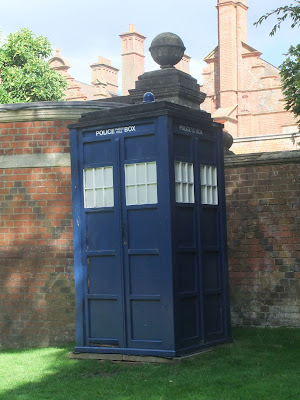 This is the grand main entrance to the grounds, the pitches are set back behind this building. 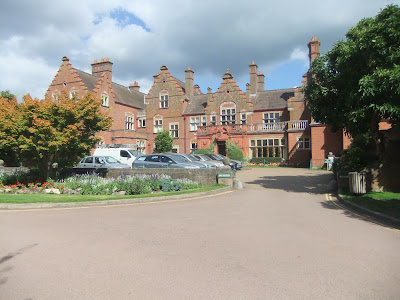 Here we look across the sportsground from the other side. 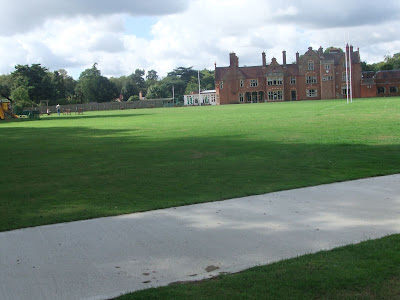 Our pitch was on the far side, away from the pavilion buildings. It was simply roped off on the opposite side to this, as per Kent Youth League regulations. Fans are only allowed on one side of the pitch in this league. The managers & substitutes should be on the opposite touchline, which is this one. Some tables & benches over on this side, the only 'seats' in the ground! 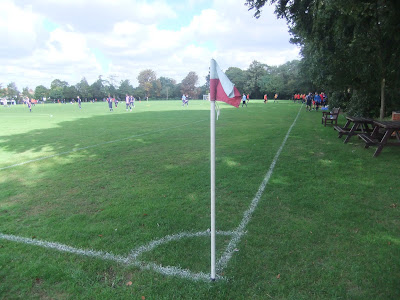 To the right of the grand building we saw, as we look at it from the pitch, is this more modern one. I have been led to believe that the Kent League pitch was over there, roughly where the rugby union pitch is now. 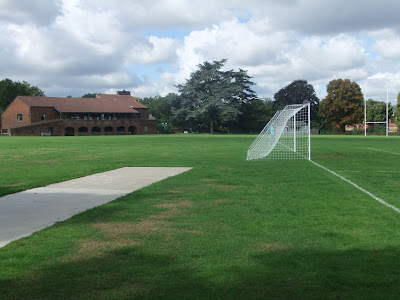 This is the roped off touchline from our game. 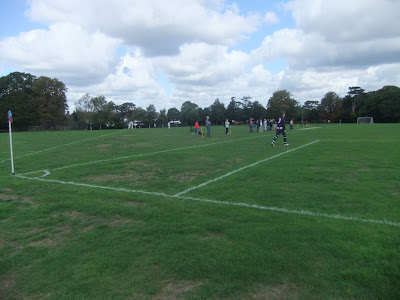 Nothing behind the goals at all. Many Kent Youth League sides play at little venues like this, & not at the main club grounds; though this is not our usual home one. 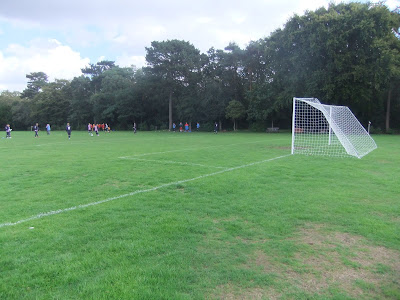 In the corner, to the right of the new building we saw is this small wooden building with overhang. I understand that this was the only bit of cover by the pitch when it was a Kent League venue. 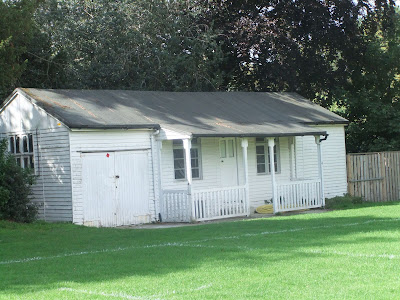 There is a good vantage point, over the rugby pitch, from the first floor balcony of the newer brick building. 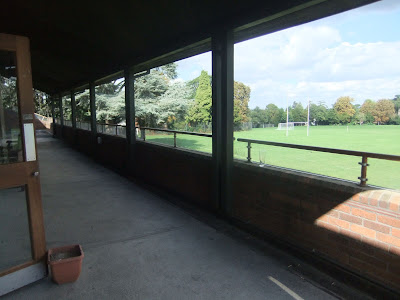 There was a wooden 'park style' bench up here, with this touching plaque on it. And that was our quick look around 'The Warren'. 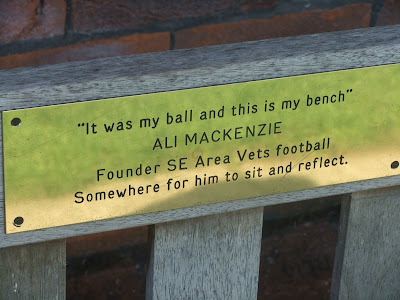