FC Sart-Bernard are a non-league side from Belgium; playing in Assesse. They currently compete in the local Namur regional leagues, & are in the D division at the fourth level; of which there are A to F. I took these pictures of their ground in June 2010. 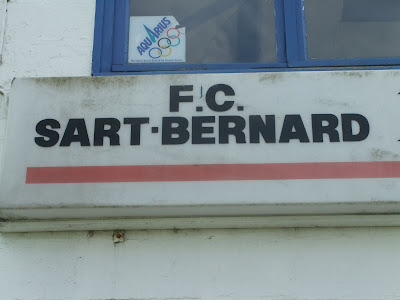 The name of the ground was on the club building, by the main pitch. there were three pitches here. 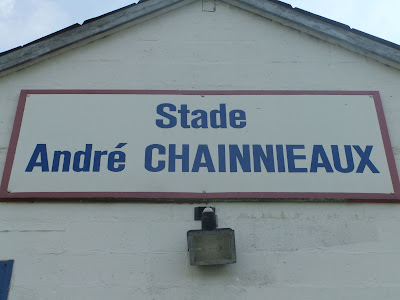 As you would expect with lower league grounds the place is very basic. This id the corner of the main pitch from the entrance at the road. This is the main one, & is simply railed off, as you can see. 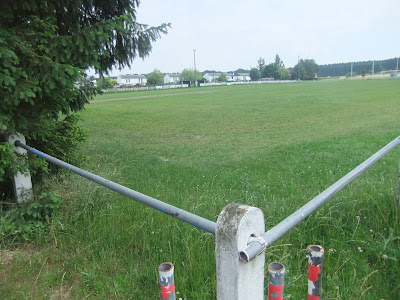 There is a hard standing driveway, leading up to the club building, which is to the right, along the side of the pitch. 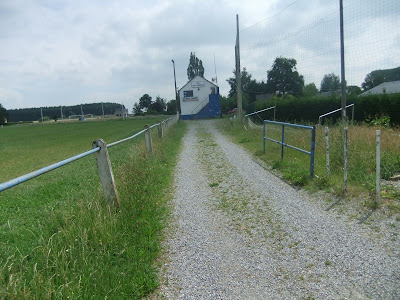 We are going to walk the other way round, behind the goal it is just an area of grass, with trees behind. No spectator area. 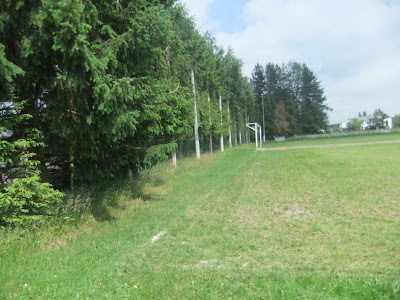 From here we have our first proper view of the two storey club building, which includes the changing rooms & bar area. 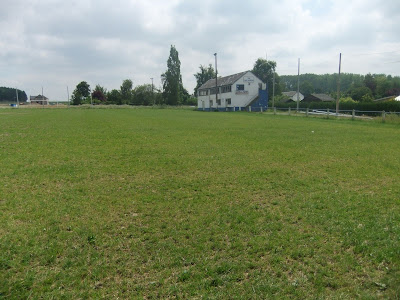 Moving on past the goal. 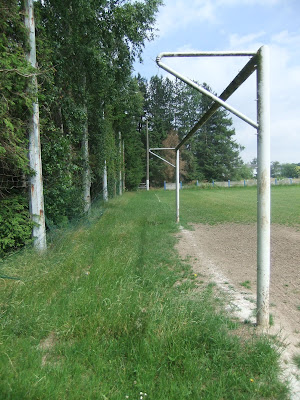 There is a concrete perimeter along the far side. 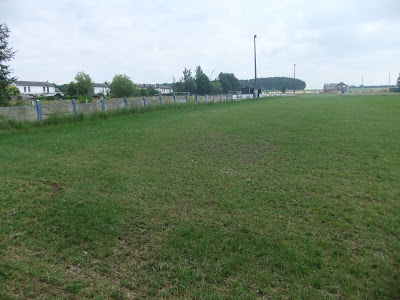 Some of it in a bit of disrepair. 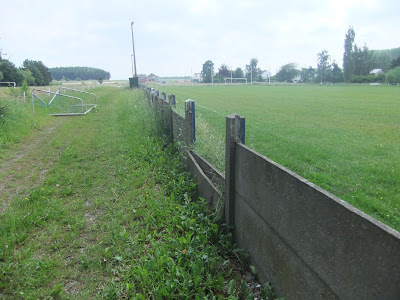 To our left is a rundown, possibly no longer used (?) secondary pitch. 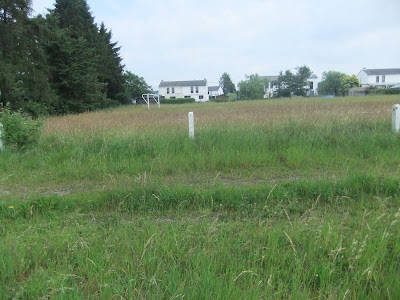 Strolling onward, toward the dugouts. 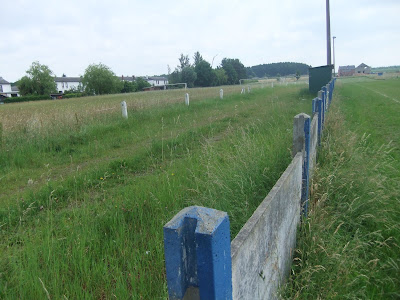 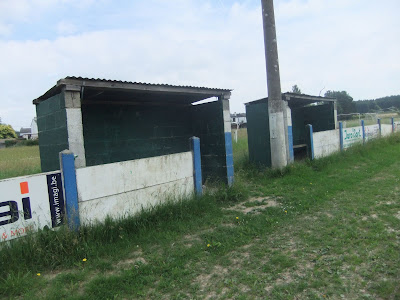 Behind the far goal it looks as though it was once railed or fenced off, but no more. 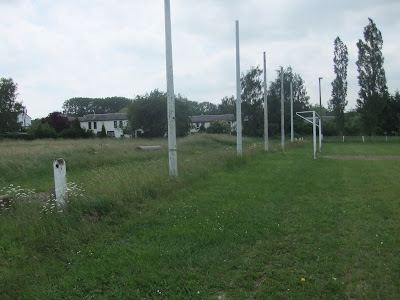 Beyond that end is another, well kept, grassed area, which is still used for football during the season. 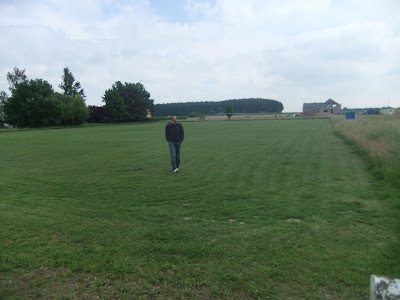 This pitch also has dugouts. 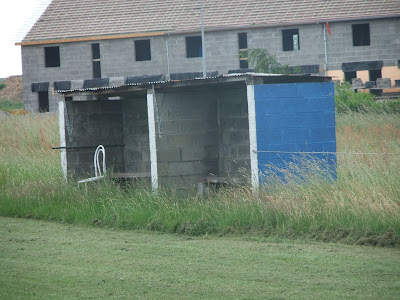 Now back behind the goal of the main pitch, we see through it, to the clubhouse. 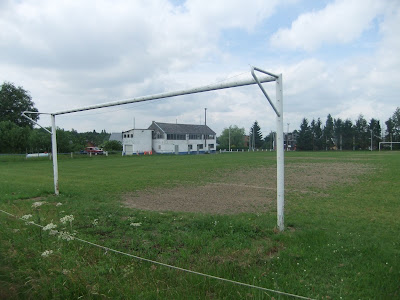 At the next corner you can now notice that the pitch is roped off here, between the posts. 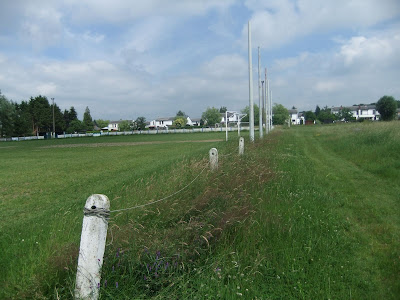 Down the last side it is railed. 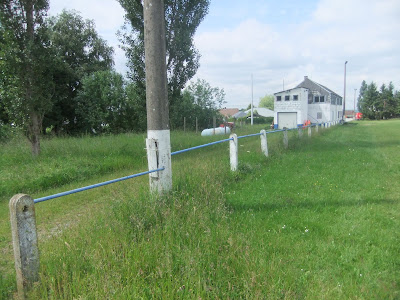 Tour almost over, we have reached the main building. 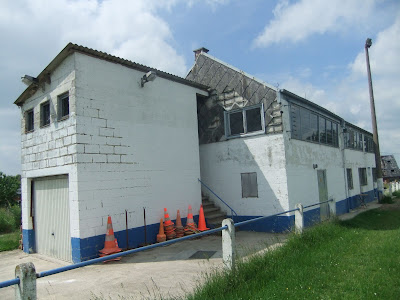 No idea, I'm far too lazy to use Google translate! ;-) 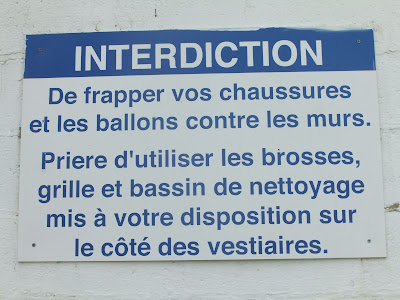 Past the building we are now on the path toward the corner where we came in. 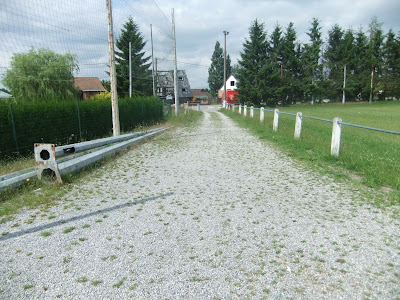