I've never actually seen a match at Amersham Town, but visited the town on Wednesday 5th September 2007, before going on to Chesham United, to watch Dulwich Hamlet Reserves.

Amersham Town compete in the Spartan South Midlands League, and in 2007/08 finished 11th out of nineteen clubs the First Division, which is the second tier of that league.

They play at Spratley's Meadow, School Lane, in Amersham, Buckinghamshire. It's about a mile from the London Underground station at the end of the Metropolitan Line, though that's an approixmation, as I didn't go directly there, and walked around the town itself.


This is the entrance to the ground.
The 'advertised' match had already taken place. It was on Saturday 18th August, and they lost by the odd goal in five, in front of 24 spectators. 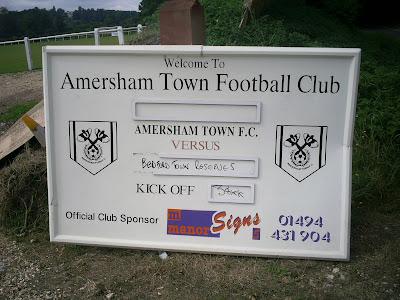 This is the view across the ground, from the corner on
School Lane, where the entrance is. 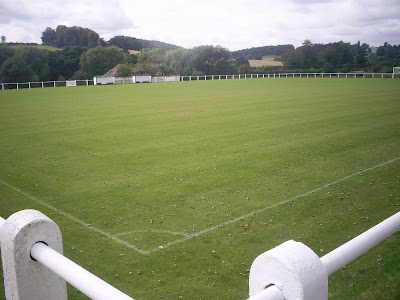 I am going to walk you straight ahead, in a clockwise circle,
and look around the ground.
This is the clubhouse & changing rooms block, which looks
an extremely recent development. 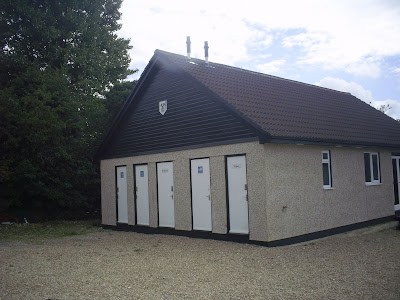 And here is the view from down at the far corner. 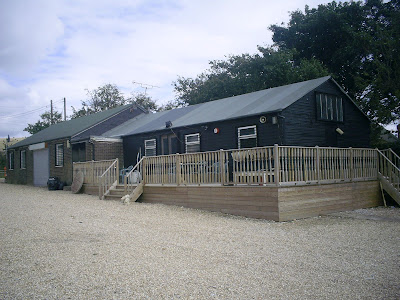 This is the view along the far touchline, no spectator facilities.
But note the derelict building. I would be interested to know
is this is part of the adjacent field behind it, or it is was formerly
used by the Football Club. 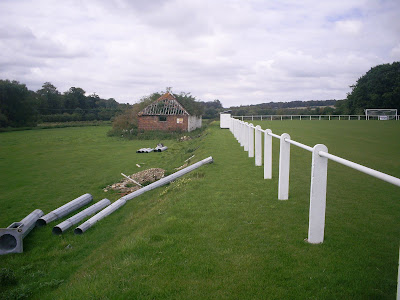 The remains of whatever it was make a nice backdrop
for the dugouts. 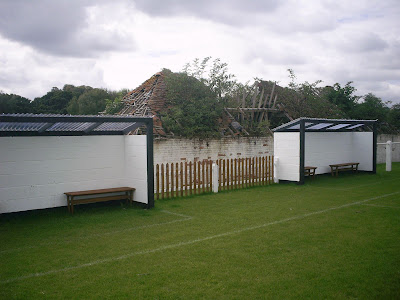 Not exactly a lot of room behind the far goal! 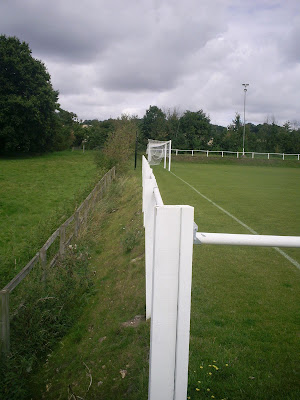 Note the official name on the stand: If you can you've got
better eyesight than me; unfortunately I'd didn't catch it
properly...though I'm sure it was someone fairly famous,
possibly Graham Taylor. 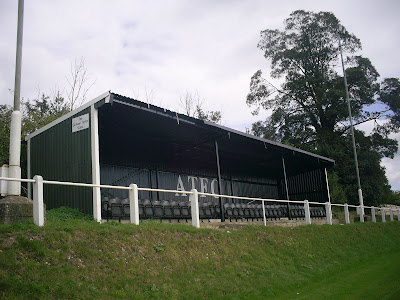 Not the biggest of sheds, but more than adequate for
the level where they play, and a decent view of the pitch
below. 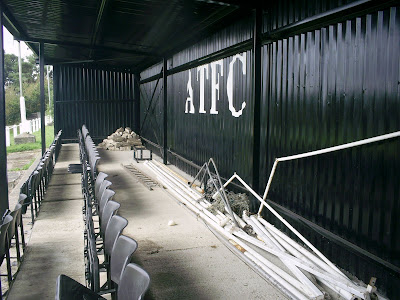 This is the other end of the same stand, and clearly a different
name on it. Perhaps which 'one' you're in depends of which
row of the seats you're plonked down in! 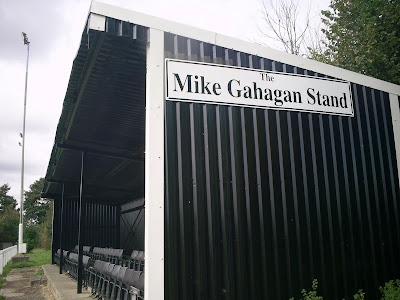 The sign, in the photo below, warns you not to block the view.
Somehow with an average crowd of 27 last season, highest
being 56 for the visit of Arlesley Athletic who got their moneys
worth in a 4-3 thriller; and the least attractive opponents to
Amersham were with a mere 15 spectators versus Cheshunt
Reserves, if you're interested.
Clearly the big crowds did not overawe them, as they secured
a 4-1 win away to New Bradwell St. Peter, in front of their highest
away crowd of the campaign, with 60 present.
Divide that by fifteen though, and you get an attendance of 4; which
was the lowest that saw them, a 2-0 reverse at Brache Sparta.
(Stats lifted from the Football Mittoo site) 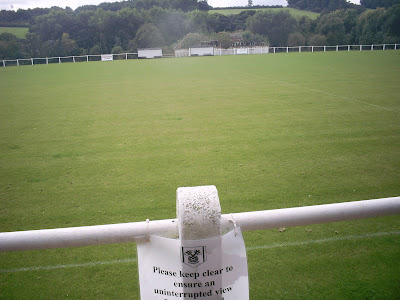 Thank you for looking in, I will be spradically adding to these
photos over the summer months, slowly but surely.
I am just learning how to upload them, and have a number of
grounds to add from the last year or so, since I have been
saving them to discs, and will add new ones too, as I snap them.
Posted by Rabbler at 09:20