This was an Estonian First Division top flight match, JK Tallinna Kalev versus Parnu Vaprus. I was extremely lucky as I got the very last programme! This was a late switch, from their usual stadium, the Kalevi Stadium, I can't recall why, but I think someone said the pitch was unfit, cracking up in the heatwave. The crowd looked about 90, from a rough headcount, not including the players from a later match, and Kalev won by the odd goal in three.
This was a late afternoon match kicking off at 5.00pm. When this finished we stayed on, as there was an Estonian Under Eighteen international with Belarus on the same pitch later, at 7.45pm! The international was free, and there was no programme. The visitors won 3-1, and the crowd qas about 120. 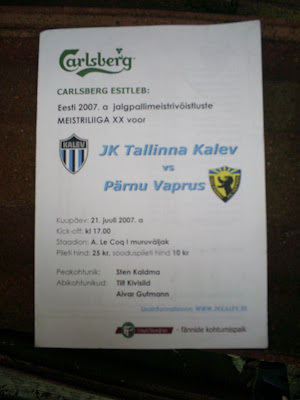 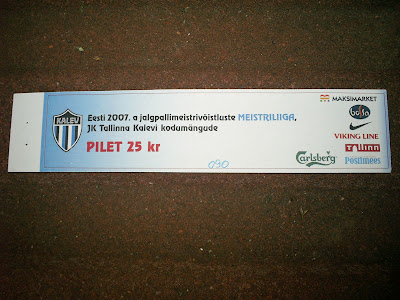 A banner, from the home team, behind the goal. The people
who put it up, three fans, watched the match from outside
the fence, saving themselves the admission! 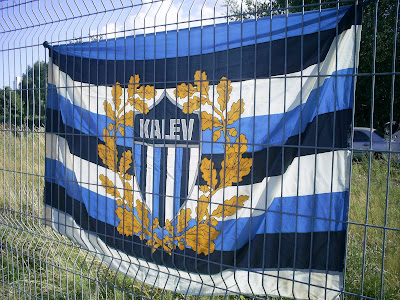 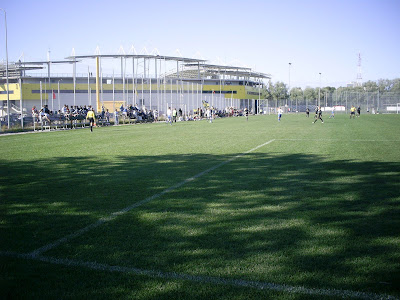 Presumably from the local sports programme. 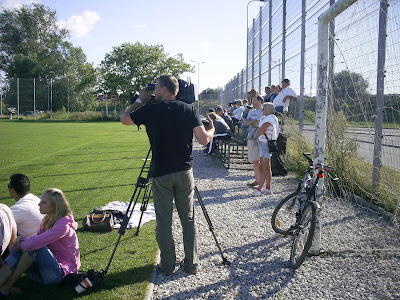 A flag from the away fans. 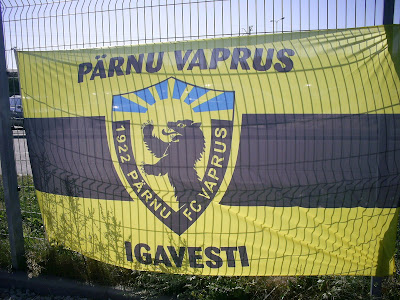 And this was the away support! The woman at the front is
English, and part of the touring Dulwich Hamlet Supporters'
football team party! 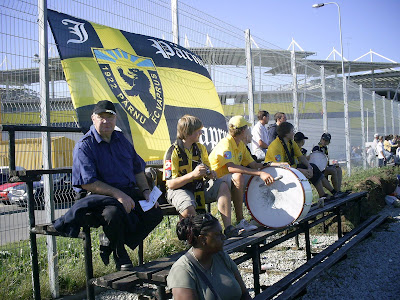 A not very good attempt at an 'arty farty' shot from me! 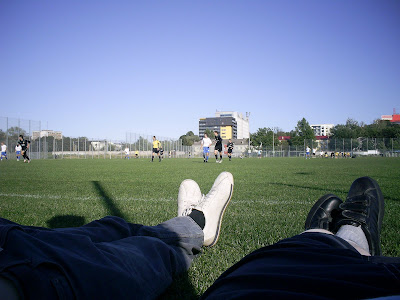 The visitors from Belarus arrive as the Estonian League
match is still in progress. 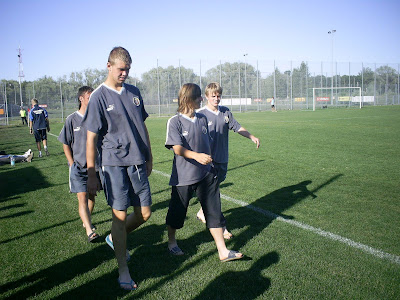 Another view along the spectator side. 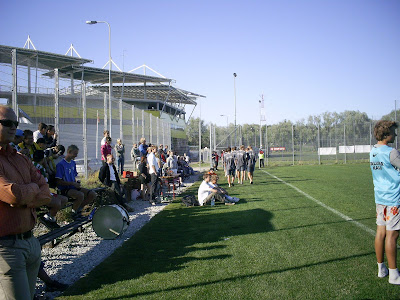 And the Estonian Youth Team have a look as well. 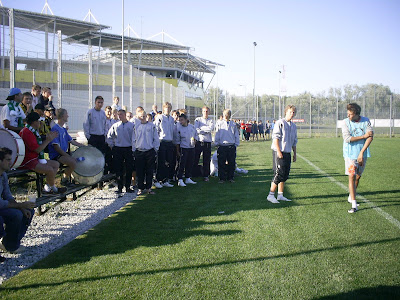 Over the far side is another pitch, an all weather one. The name
of it being 'A Le Coq Arena Kunstmuruvaljak'; again part of the
complex, but separately fenced in; thus also another ground.
This is where we had lost 10-6 to JK Jalgpallihaigla earlier.
They are the Supporters' Team of the Estonian National side,
and play in the Estonian Fourth Division. 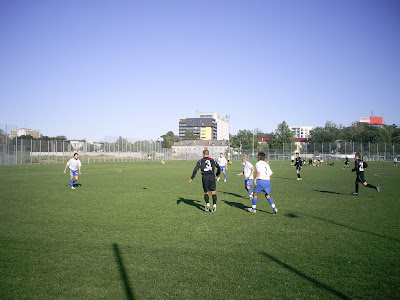 The travelling band celebrate their goal! 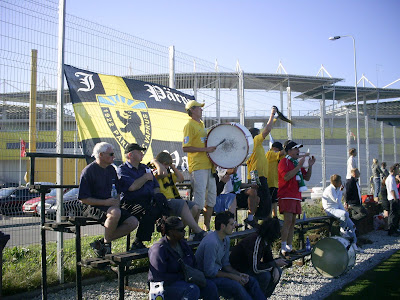 The Belarus team coach, parked outside. 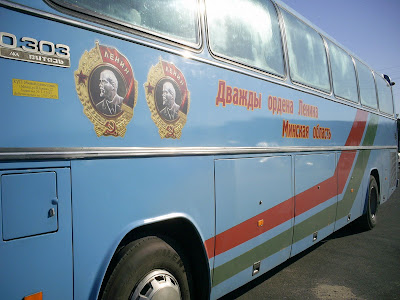 A look across the pitch, during the international. 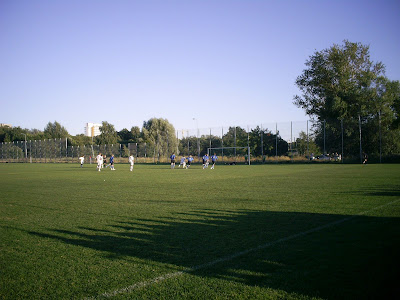 Saw a 1st division game there once as well, Harjumaa against someone or other, at the back A'Le Coq pitch. Keeper went mental and started attacking the goalposts. He needed a fag and came back on. After, on my way back, there was a tournament of some sort, with a few countries there, Baltic ones I think. Whilst the game was going on, the tannoy announcer was ranting about the importance of drinking in moderation afterwards. Hilarious.