FC Elva versus Tartu Valk 494, which was an Estonian Second Division match. The visitors won 1-0, in front of a crowd of about thirty.
The Sportland Arenal is one of the pitches adjacent to the National Stadium, the A Le Coq Arena. Though part of the same complex, with the changing rooms inside the main stadium buildings, these 'outer pitches' are seperate stadiums in ther own right, & have their own names, and have perimeter fencing.
I know other clubs use this pitch, but I do not know which ones or how many, & my knowledge of Estonian football is patchy to say the least!
You can check fixtures on the Estonian FA website. 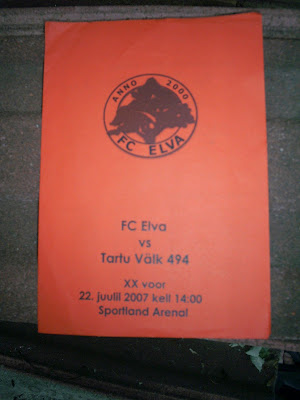 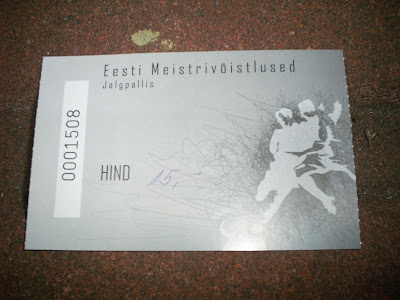 This was the only spectator facilities, open and rather warm!
Yes, that is the National Stadium behind. 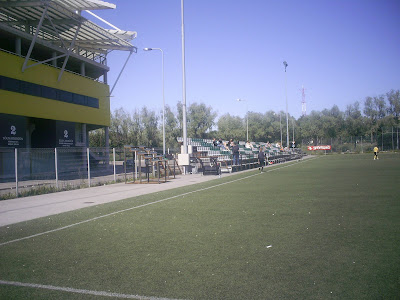 The teams come onto the pitch, as you can see there are
no spectator areas on the other side. 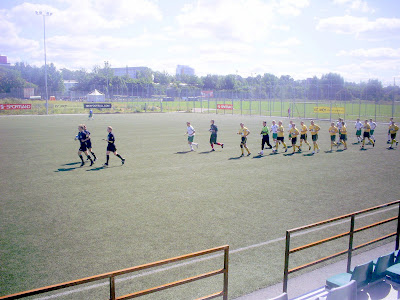 As is the continental way the teams line up on the centre circle,
almost outnumbering the crowd! 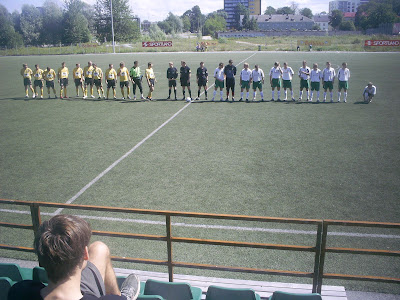 You can just as easily watch the match from outside, through
the fencing! 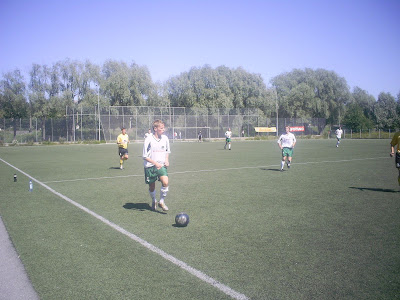 The coaching staff stood on the far side. 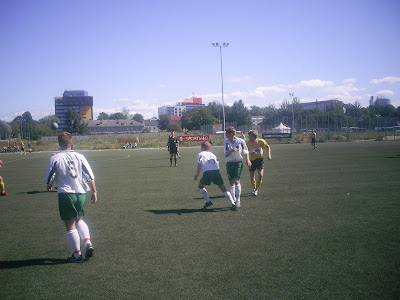 This was the back row of the seats. No fence behind, don't
lean back! 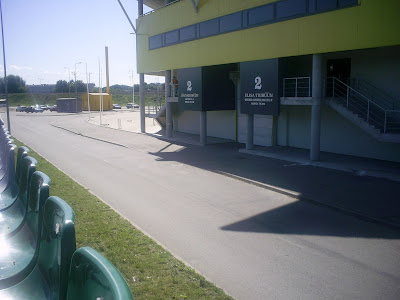