I didn't even know this ground was here!
In Osterley, in West London, part of Middlesex, I was in the area on Saturday 27th June to see some amateur rugby league nearby. There were a few groundhoppers at that, and one of them, a Dagenham & Redbridge fan, told me of this ground. He told me the clubhouse had only recently been demolished, but the pitch was in good nick. I couldn't resist going to have a look after the rugby!
He said there used to be a small, temporary type stand here, but that was gone. He emailed me a couple of snaps of it, but I don't know how to include them on here. Sorry!

This appears to be either one large sportsground, or two, with no border between the two. There is a different club sign at either end, I'm guessing the latter one is for junior (boys) football.

I know very little about Hounslow Borough, other than they used to compete in the Hellenic League. I have no idea if any intermediate club(s), Middlesex League maybe, currently use this venue.

Since posting these snaps a gentleman called 'cope1', from the Tony Kempster froum, kindly informs me that Kew Association, from the Southern Amateur League, used this grounds, according to his old handbooks, from 1951 to 1956!

Anyway time to have a look round... 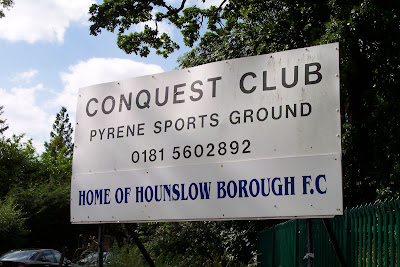 This is the recently demolished clubhouse area. 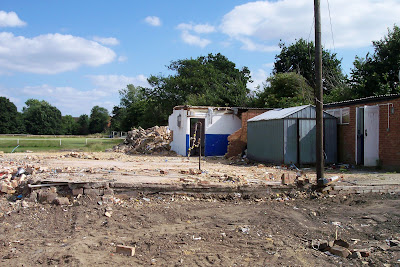 Behind the goal, looking to the demolished area, the entrance
with the sign above, is behind it. 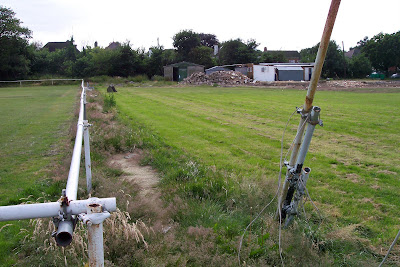 The dugouts are still there on the far side. 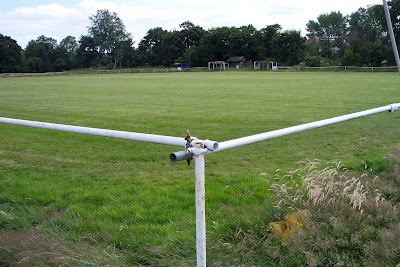 Railed off all the way round, I didn't bother venturing behind
the far goal. 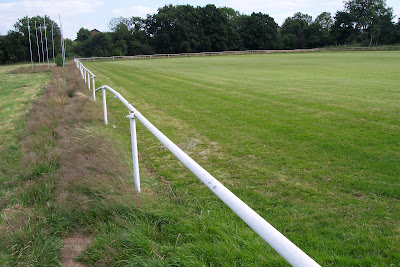 Pitchside. looking over to another pitch, and a derelict
bar area, from the 'other ground'. 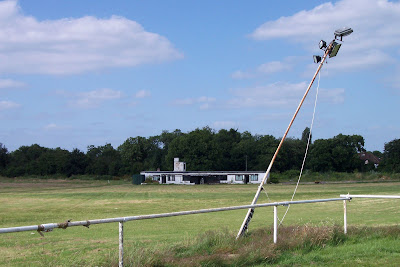 Again pitchside, another pitch, with goals still up, and grass
cut, like the main pitch. Which does suggest someone still
plays here. 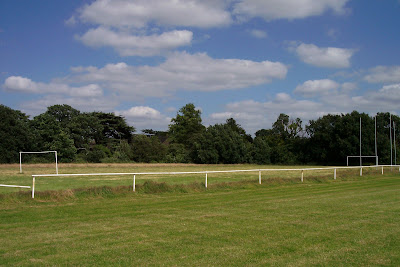 The dugouts. Note the blue one on the far left. 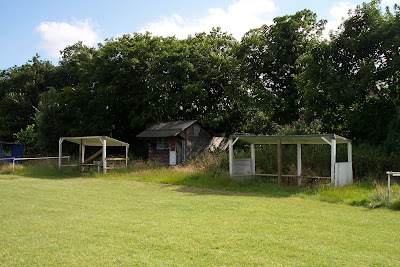 The backs have fallen off of them, but they were clearly marked. 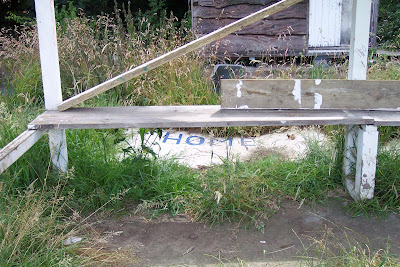 The dugouts were slightly set back, and fenced off, as this
view from one shows.
(That's a temporary marquee being taken down. Presumably
someone had hired the grounds for a function the night before?) 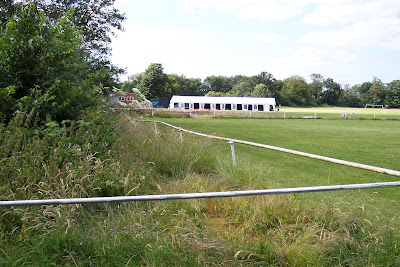 Behind the marquee is an unkept pitch, no fence around it,
but with old dugouts. 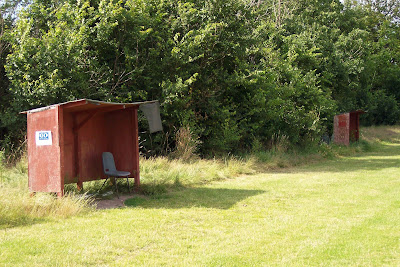 A close up of the far one. 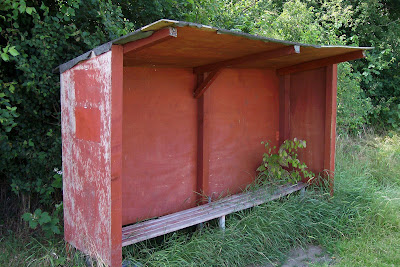 A rusty goal, with the derlict clubhouse behind. 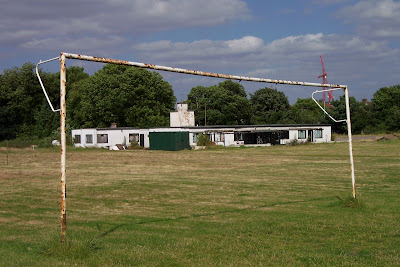 Is there anybody at home? 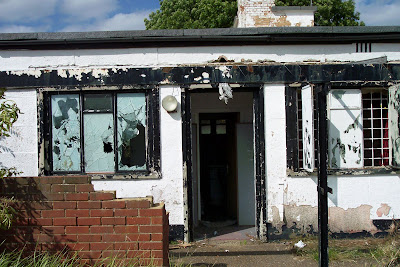 Thankfully not, but it is clearly 'home' for someone. 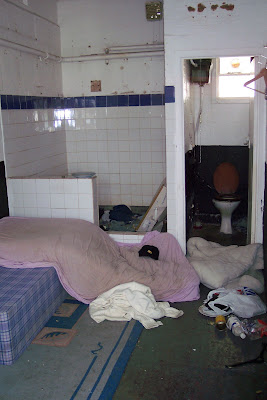 And from the 'car park' 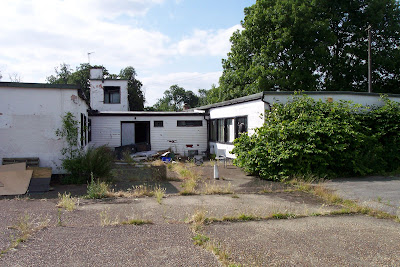 And a different sign, from the one at the other side of the fields. 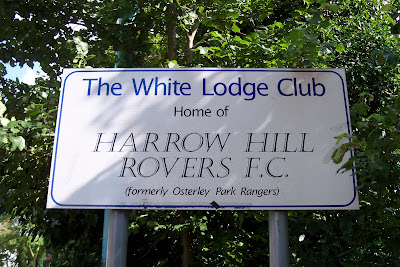 whats the postcode for this ground? Is it in current use?

I'm sorry I don't actually know the postcode. Apparently the venue is still used by a team from the Middlesex County League, so I'd suggest you search their website/clubs via Google.

This ground up until the end of season 2008/09 was being used by Hounslow Wanderers fc from the Middlesex County Football League, playing in division 1. Subsequently since being promoted to the premier division they have now moved out as this was not up to the standards required for premier division standards.
Hounslow Wanderers will now be playing their games at Hillingdon Borough Stadium.............
Not really sure if anyone will be using this ground this year. The ground is located in Wood Lane, Isleworth, Middx.

Anon: Many thanks for that info. I actually hope to be at Hillingdon borough tomorrow evening, to take some snaps, as they are hosting a four team pre-season tournament & there will be two matches of half hour each way.

Fantastic pictures. I visited this site today and it's not too nice. The clubhouse is in an even worse state, and the sign has been pasted over. The whole place has been fenced off with building work starting nearby. A security man shouted at me when I tried to take a picture.

I used to play for the club there, Hounslow Borough FC, but they folded in 2007