I visited Chatham Town for a Dulwich Hamlet midweek match last September. I didn't realise how 'detailed' this blog would be, so there are not too many photos of their ground here. But despite being short on quantity this is still one of my favourite grounds for this level. Despite the contstraints of 'ground gradings' this place has character, the locals are friendly enough, and it's well worth a visit. Just a shame it's a steep hill up from the station!

I took these photos anti-clockwise, but will be walking round the ground 'backwards' so to speak, in my preferred clockwise direction. 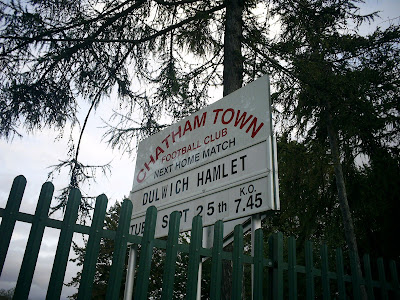 Nice to see a turnstile block with a bit of individuality. 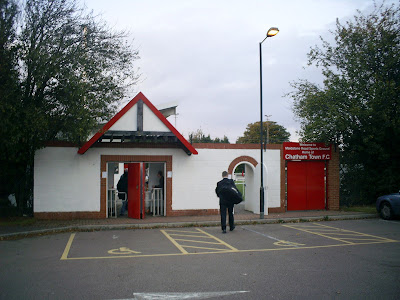 As you walk in the bar is ahead, and the covered terrace, with changing rooms behind. A newish building, I'm guessing less than ten years old.
Not new enough though that some of the letters & numbers on the wall haven't fallen off! 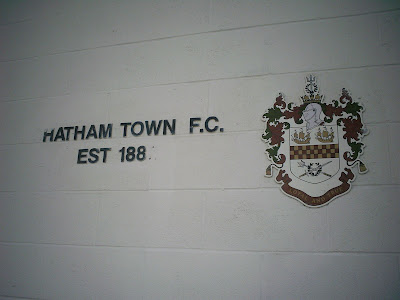 A nice individual touch for the current guests. 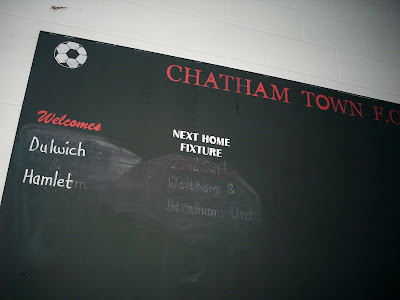 This is the terrace behind the goal, the mesh fence is to protect the tea bar behind it. 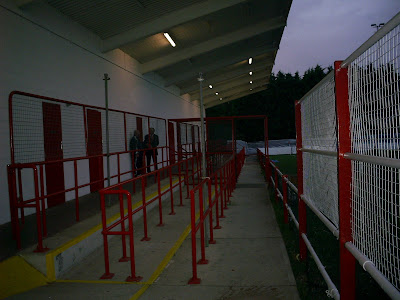 Moving round the side, here is a full view of it. The white is annoying though, as from the other end is is extremely difficult to pick out the goalposts on the pitch! 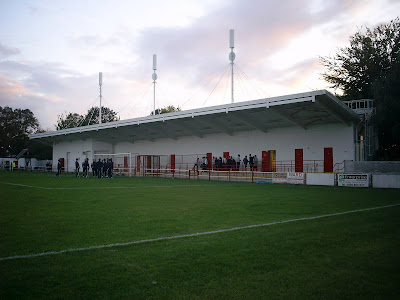 Down the side are these seats, which are newer than the old stand opposite. 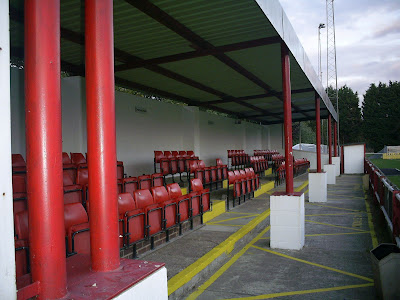 Here is a view of the same stand, from behind the goal. 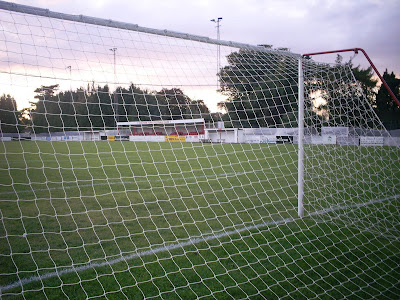 And a;omg the other side is the older stand. Note the white 'fencing' to the left of it... 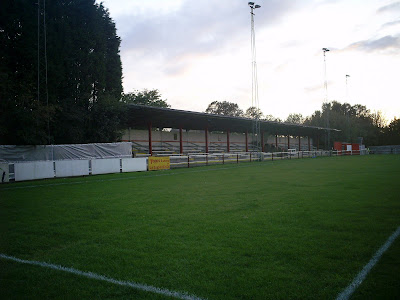 Three cheers for the ground graders! The ground is now fully enclosed, but at what price? This was their cheapest option, and all they could afford with their modest funds. 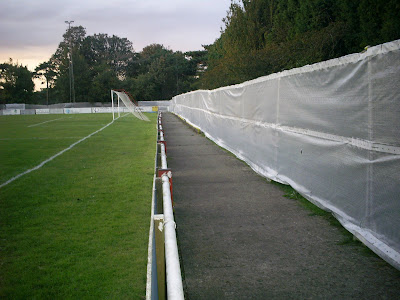 This is what is behind it! So from a picturesque open end we now have a string of 'white potato sacks' turning this part of the ground into an ugly eyesore! Progress eh? 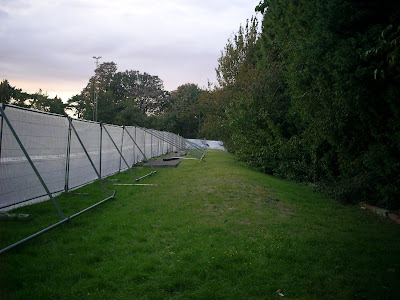 Moving round the final side we look across the pitch. 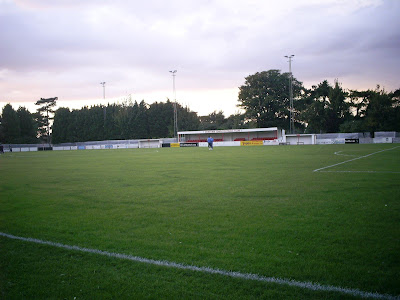 With a nice shot of the old stand here. 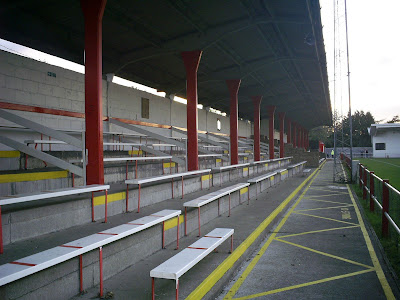 Bricked up, I am guessing the changing rooms used to be down here, before the modern ones were built behind the goal. 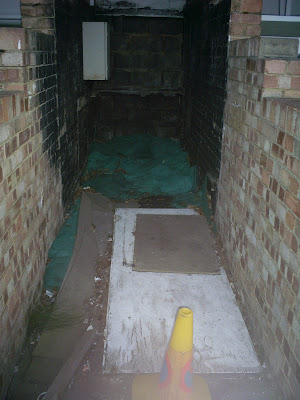 And the 'posh section' for the directors! 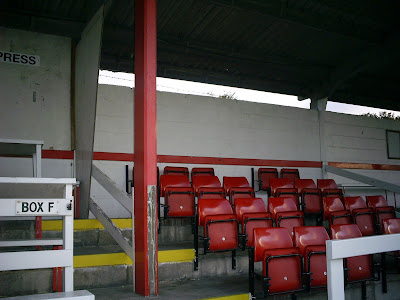 And that's it I'm afraid. I'm sure if I were to visit Chatham Town tomorrow I would have at least another dozen snaps to show you, but I hope you've still enjoyed this limited selection.
Posted by Rabbler at 20:59