This football team are currently known as FC Gordic Praha Kacerov & come under the Meteor Kacerov sports club banner. Gordic being their major sponsor. They currently play in the third level of the Prague leagues, which is the 7th rung, nationally. 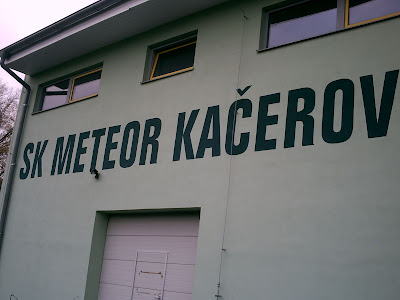 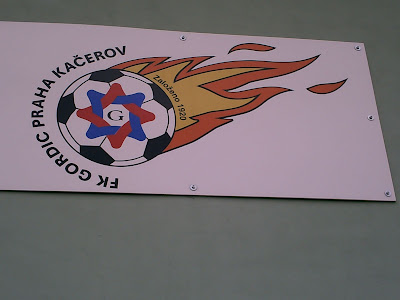 This is the back of the main club buildings, which you can see from the adjacent Branik ground. 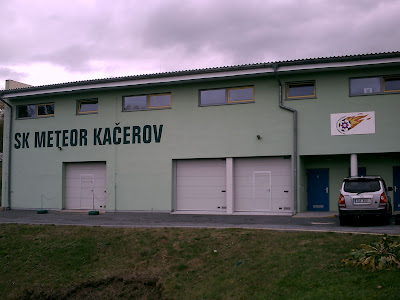 Entering from the corner, we see it is an all weather pitch. Hard standing down the side, with an beer/refeshment hut in this corner. 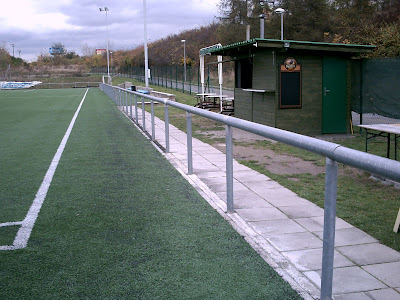 The gates to the ground are open, but I decide to walk round anti-clockwise, to save any 'embarrassing questions' from people in the club house, which is behind the goal. Believe me it is strange trying to explain you're an English tourist whose hobby is taking photos of obscure football grounds when on holiday! There appears to be a step of terracing further along... 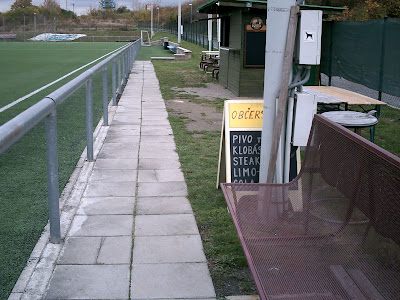 We go on past the beer stall. 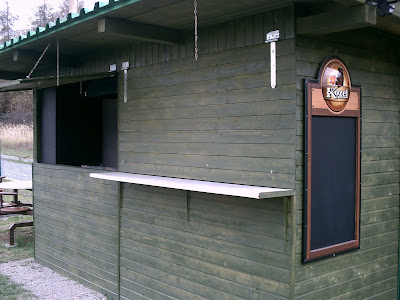 This must be really pleasant, early or end of season, in hot weather. 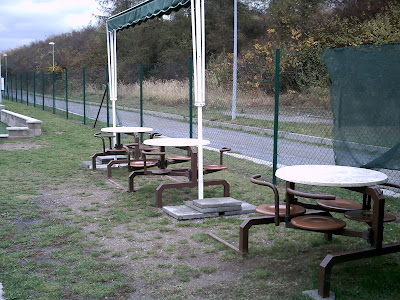 On closer inspection that 'row of terrace' appears to be a low wall, with open dugouts in front... 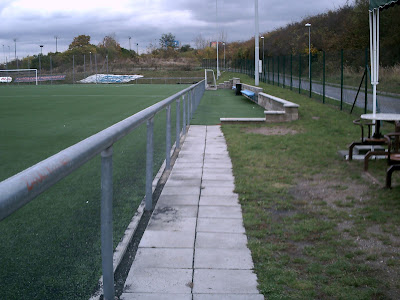 Except they are behind the railings around the pitch. 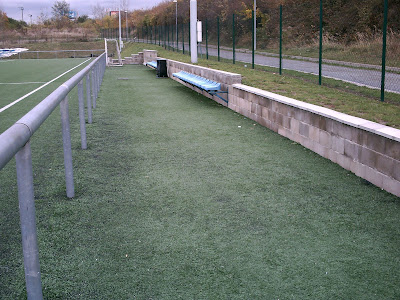 We look back to the clubhouse 7 changing rooms behind the goal, at the corner where we came in. 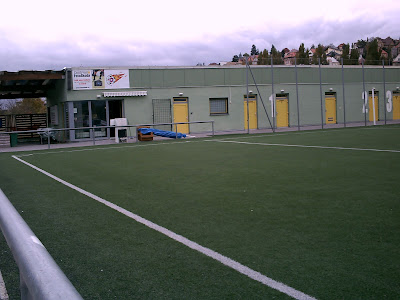 And that row of seats must be for spectators, as the dugouts are opposite. 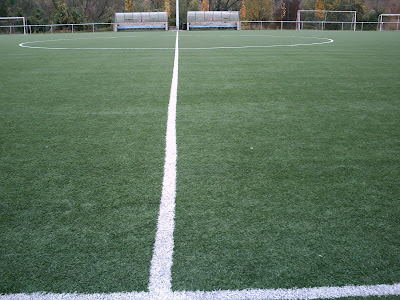 Here we see the rows of seats, and hard standing beyond... 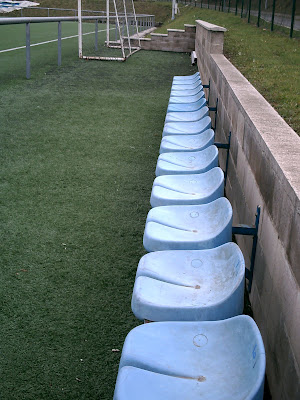 Which turns out to be more of a drainage gully! 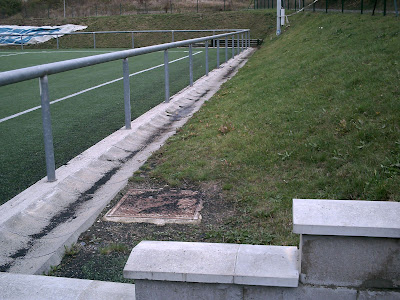 This continues behind the goal. 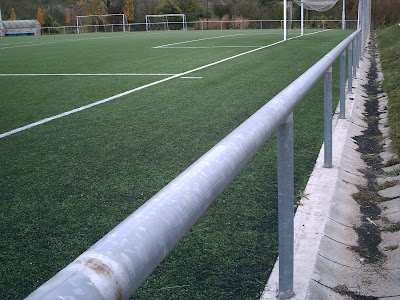 From this end we look down the pitch. 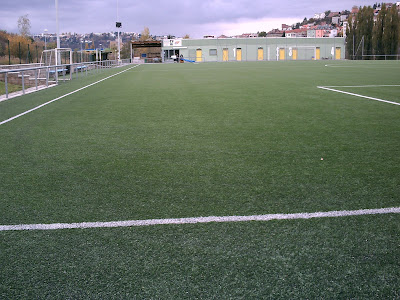 And here's the same view, but from outside the ground. 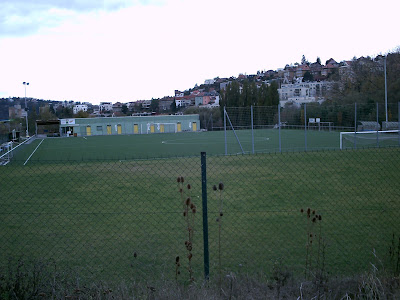 At the next corner, & there's nothing this side at all. 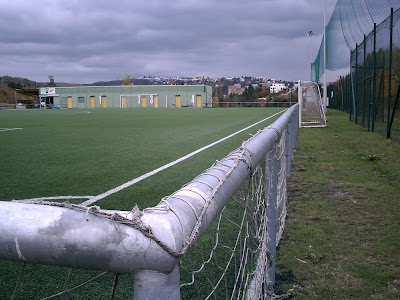 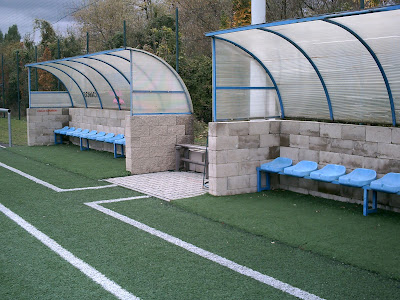 Beyond them still very open, but no hard standing. 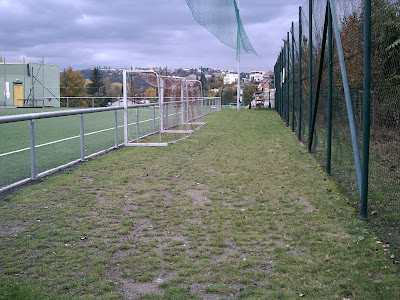 And here we finish, back behind the goal. 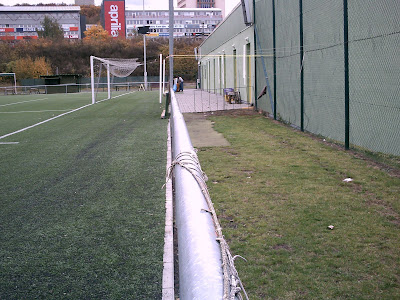