This rink is the 'real' home of Slavia Praha ice hockey club. They moved their First Team games to the large 02 Arena in 2004. But this smaller rink is still used by the Club for training, & younger teams.

I saw my first ever Czech ice hockey match here, in October 2003. Having only seen English ice hockey, being a Streatham Redskins fan, I was amazed at the side of packed terracing & the atmosphere, like a mental football match. And also the playing of a record during the stops in play, as is popular in hockey, that included the lyrics in English :"So fucking what!", or something similar!

Slavia became my chosen Czech hockey team, which is bizarre-to say the least- as my favourite football team over there are their bitter rivals Sparta Praha. Chosen by me many moons ago as they were formed in 1893, the same year as my club Dulwich Hamlet.

This is the Eden rink, from outside. 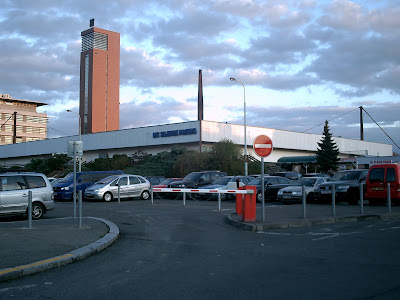 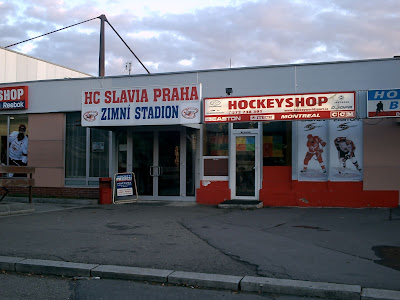 Though it's open on four sides, in effect it's a 'rwo sided' rink. These seats are down one side. 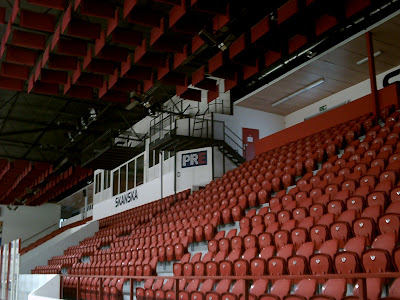 With this steep bank of terracing along the other. 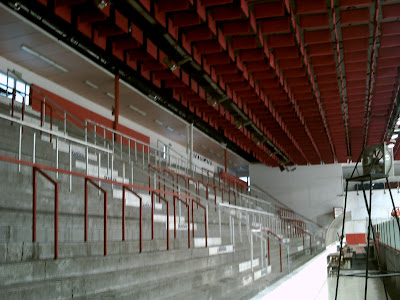 From the terrace we look across the ice, with banners still hanging high, & the benches along the bottom of that side. The photos here are a little dark, as most of the main lights were off, as there wasn't a game on. 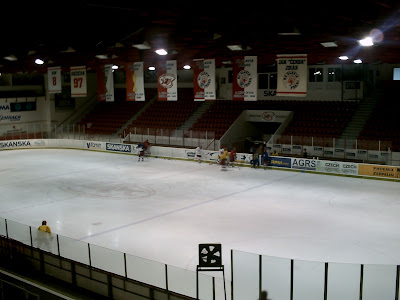 Looking down the terrace. 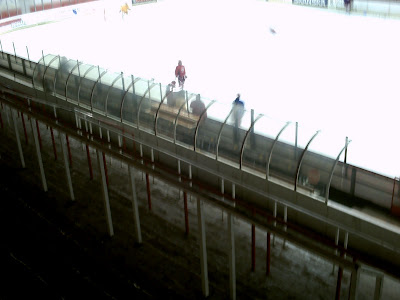 Behind the far goal is an executive type area. 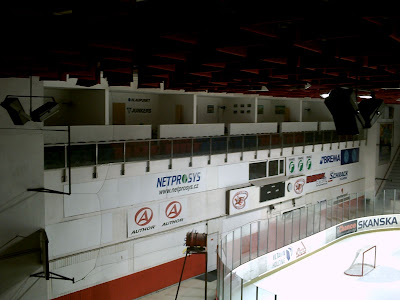 From the terrace, up at that end, we see across the ice. 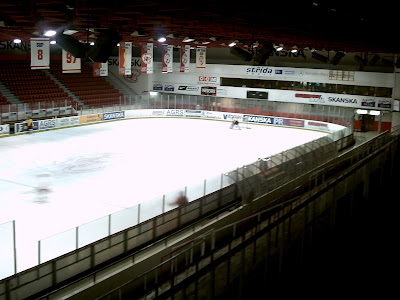 Behind the other goal there a couple of rows of benches. 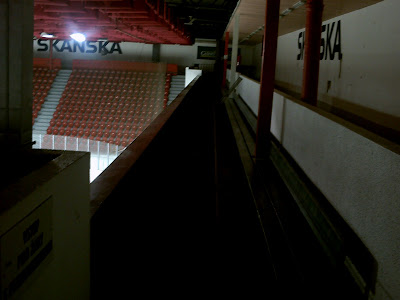 Another look along the terrace, a little blurred. 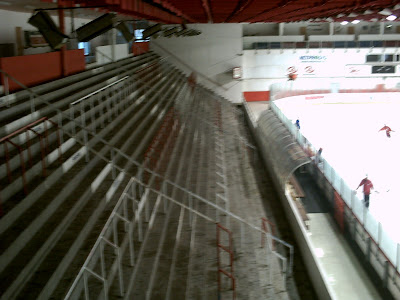 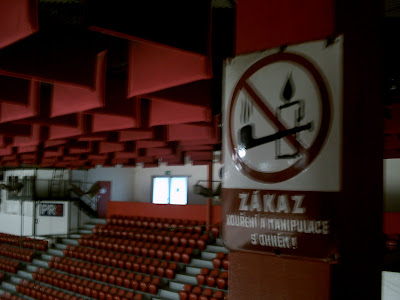 A last look down the seats before we leave. I don't know about you, but I think it's a great shame that hockey isn't played at the top level at this small traditional arena. But that's progress I suppose. I'm just happy I managed to see a game here. 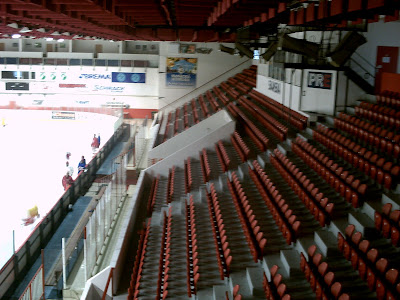 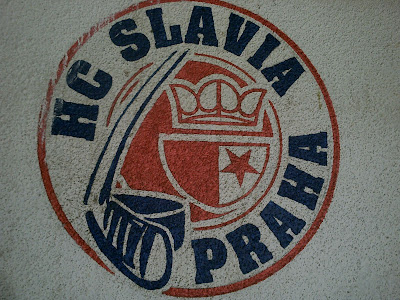