TJ Sokol Lochkov are a club from Prague, & are currently struggling in the A3A division of the Prague area leagues, which is the seventh rung of the Czech Republic footballing pyramid. I popped in during my October 2010 visit, & it was basic, as you would expect. A bit strange as it seemed surrounded by building works, & had a new club building just completed, though not yet fitted out at the time, glancing through the windows. 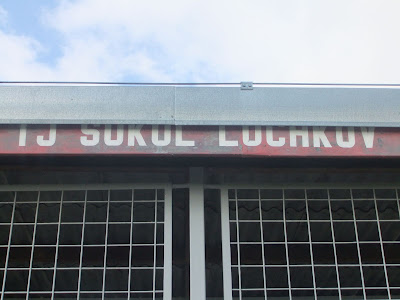 This is the new building, from the road, as you approach the ground. 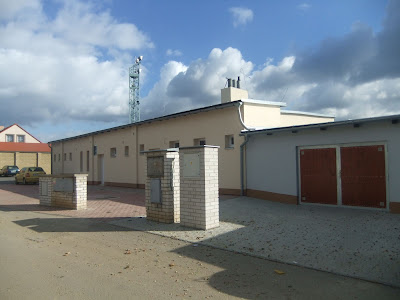 We walk in past the far end of it, at this corner of the pitch. 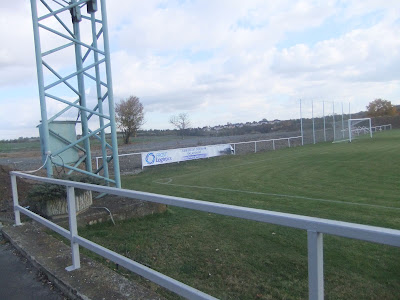 It is railed off, with hard standing, in from of the buildings. 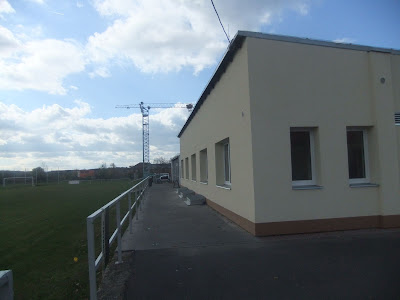 Behind the goal it's railed off, but knowhere to stand behind it. Looking recently bulldozed, I am left to wonder if there was old terracing, or anything like that before? 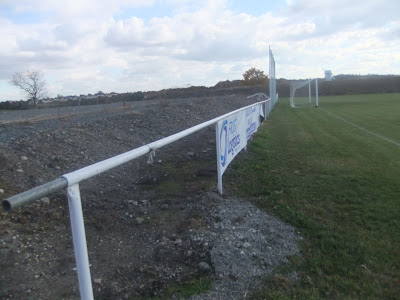 I suppose you can stand on the dirt, but it looks as though something is about to be developed behind. 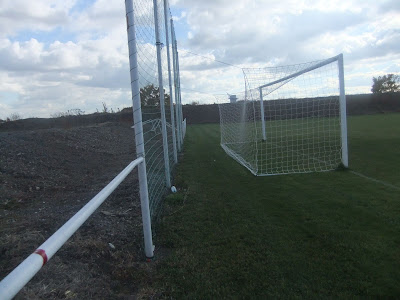 The rail continues to the corner. 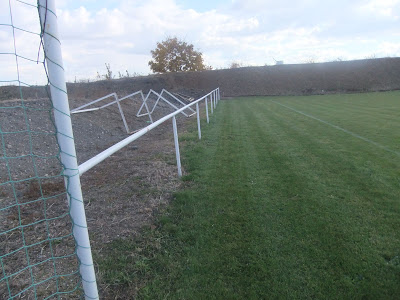 Dugouts down the far side, but nothing else. 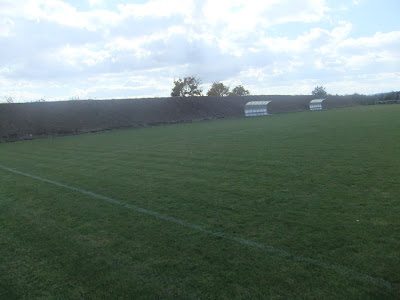 Again I am left wondering what was here before, as it seems a new boundary of some sort is being put in place. 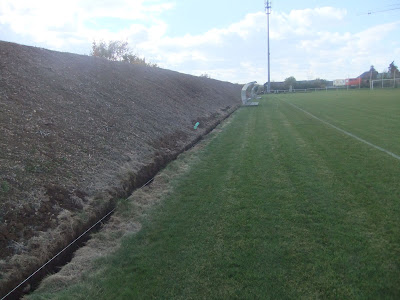 From this touchline we look over the pitch to the bar & changing rooms. 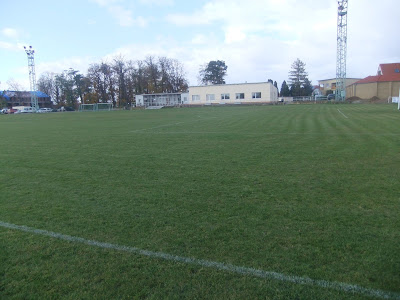 Modern dugouts placed on top of a concrete base. 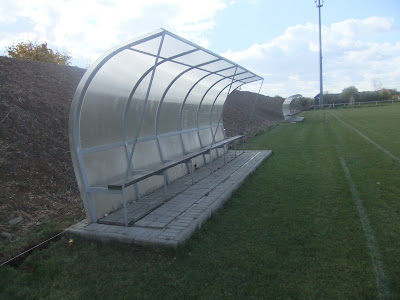 Here we look along one bench, with the railed off, open far end in the distance. 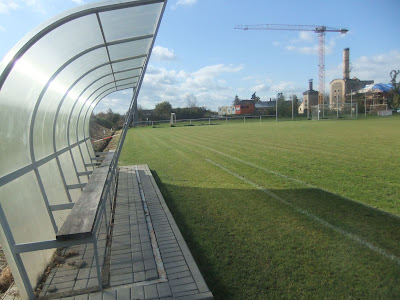 From the corner we glance over the pitch to the main side. 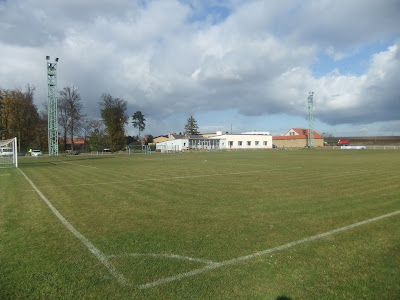 Railed off once more, behind the goal. A 'behind the net' shot. 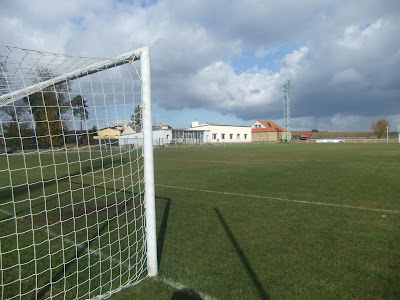 The rail continues to the corner, with a training net, to the left, on the grassed area behind the goal. 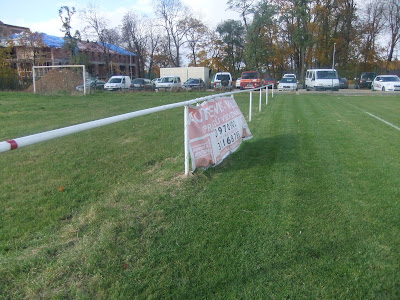 Down the main side now, with the somewhat strange floodlight pylons in the picture. 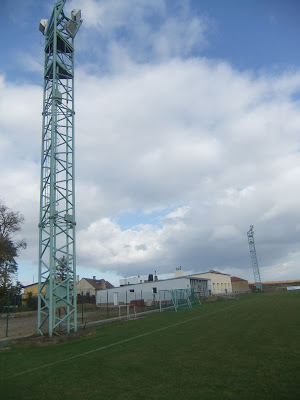 Looking along the touchline. 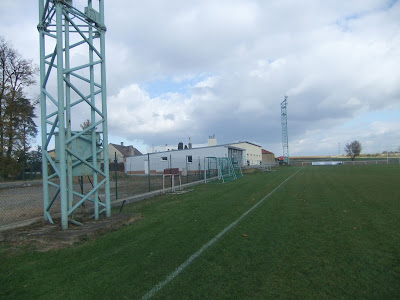 Now we reach the club buildings. The nearer, lower one seems to be the changing rooms; with the recent development further along. 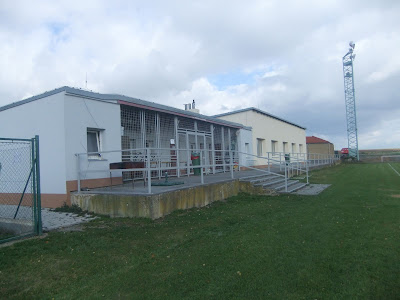 ~Finally the players' 'tunnel'. Much wider steps than most grounds. 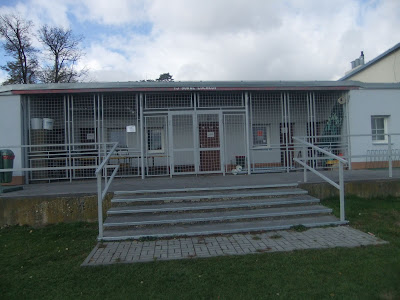