I think I went here three times with The Hamlet from memory. Twice midweek, in the London Senior Cup, and once on a Saturday, when Romford were playing there in a pre-season match.
To be honest I don't remember too much about the ground, it was down a path, off off a small B road, and it was about 15 minutes on a bus from Romford station. It was surrounded by fields, and to me, in the sticks, even though-technically-it was still within the boundary of Greater London. I do recall a few of us having a go at the ref & some of their players towards the end of one of the London Cup ties, and the locals took offence. A couple of 'heavies' from their committee stood on the door of the bar as we went past & said we couldn't come in. We told them we couldn't care less, and we were going back to civilisation, which was South London! The off licence by the bus stop did good business!

I decided to try to see if anything was left of the Collier Row ground when it cropped up somewhere on the Tony Kempster forum a couple of months ago. someone said you could see the old pylons from the road, but didn't know if anyone still played there. Being the sad git that I am I decided to find out the answer...

Which is a most definate NO!

The ground is wrecked & derelict. tons & tons of 'topspoil' has been fumped on top of the old pitch, and the remains of the covered terrace 'peep' out of the top of the current raised 'pitch', which has been flattened. I have no idea what they plan to do with the land.

Th only entrance from the road wasn't there, though it was a Sunday, there was a garage, down which path it may have been. But the gates were bolted. I walked back, and went down a footpath, and through fields around the back. Then past the next field, until I found another path that led me to the fields behind the old ground. I managed to reach the old outer perimeter fencing, and fortunately found a gap, and went through it, jumped over the small stream, and clambered up a mud bank, to get 'inside'. Turn away now if derelict grounds depress you...

I could see the pylons 'teasing me' 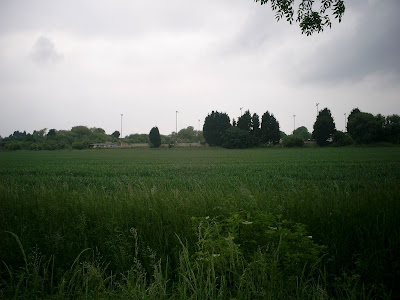 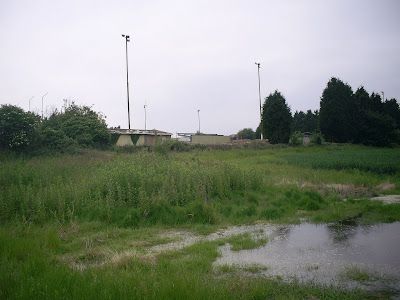 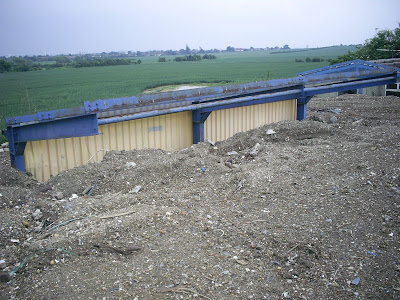 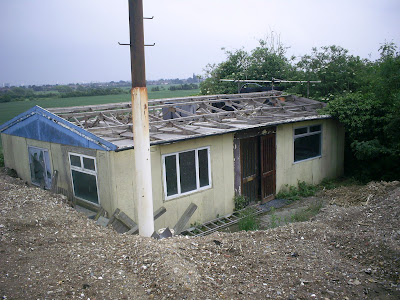 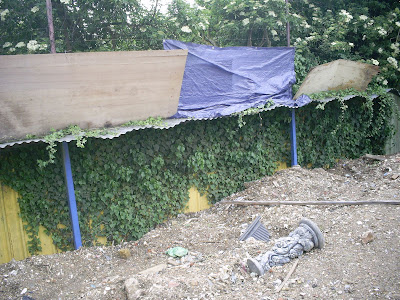 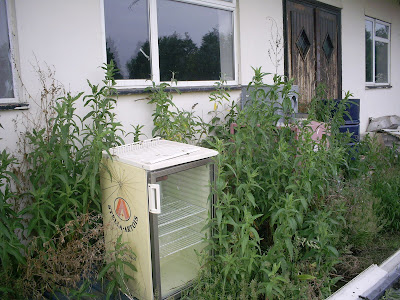 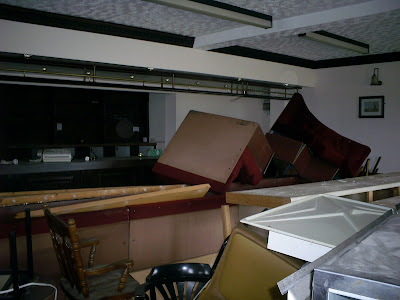 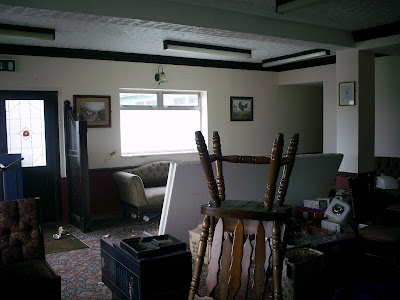 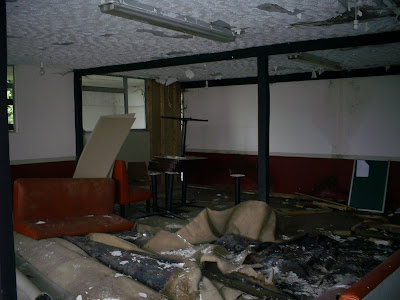 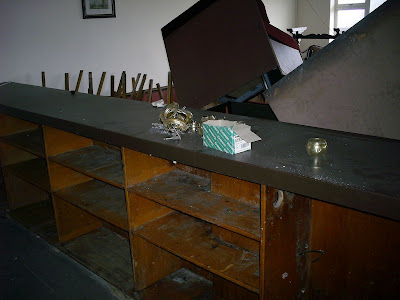 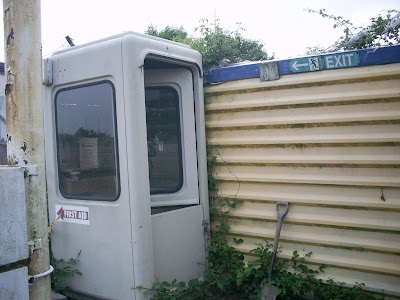 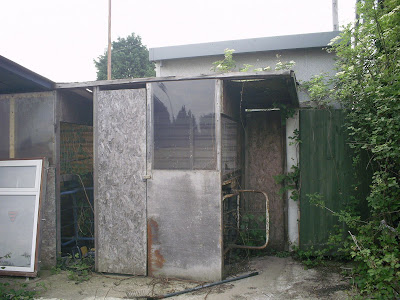 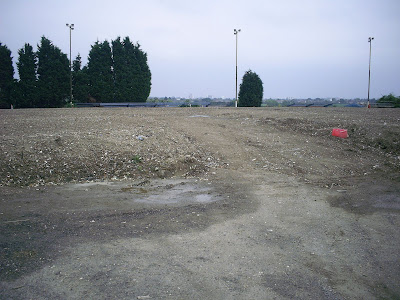 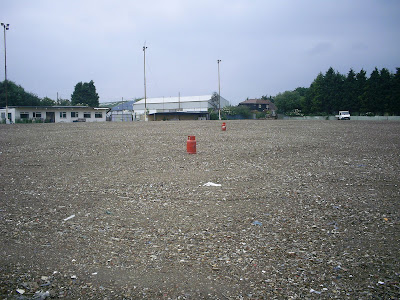 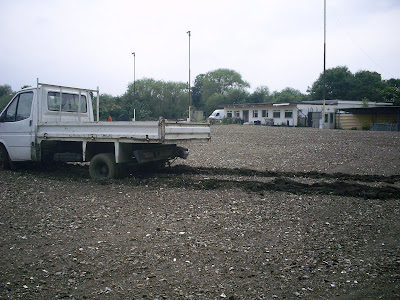 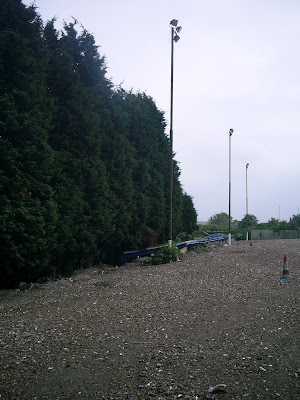 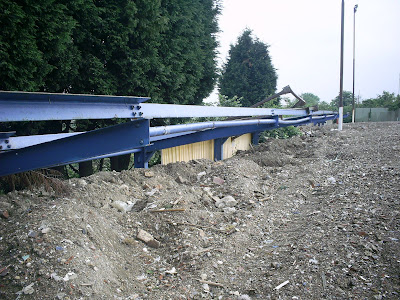 WOW ! How depressing to see those pictures of what is left of Colliers Rows ground.
Back in the 90's I used to go and watch Collier Row on many occasions and even recall seeing them play a pre season friendly against a strong Birmingham City side that included a Portuguese player who went on the play at Spurs, can't recall his name, he was small but very quick,something like Dominguez. I think the crowd was approching 1000. I think if I had a good look I could find the programme.
Would be great if someone could resurect the ground again.

Sadly I think it's very unlikely that this place will ever stage football again.

Anybody know who owns this place now?
Breaks my heart seeing what has happened to sungate. I spent my youth watching collier row as well as playing for the juniors, played here few times as well.
Would love to see it opened up again. Alot of investment, time and hard graft to bring it back again would be amazing.
I'm currently still playing Saturday football over fairlop and often talk about the good ole days at sungate with my mate who I grew up playing footy with at collier row junior's and how if we had the money we'd love to buy that ground.

Ron Ayres owns the ground. He lives in the house behind the goal to the left. He hates football with a vengeance, like planning permission. The road going to the ground is public but he blocked it off, saying it's private. There's even a council car park down there he's blocked off.