Phoenix Sports is a very low level, having just won the Kent County League Division One West championship for 2007/08. They play at Mayplace Road East, Barnehurst, DA7 6JT; which is about a ten minute walk from Barnehurst station, or from the other direction about fifteen minutes from Crayford station.
Not a venue I would usually visit, but as I often go to watch the Dulwich Hamlet Under 18's compete in the Kent Youth League on Sundays I do get a chance to 'tick off' some of these lower level, obscure, intermediate grounds.
In fact this was my third attempt to get here for this fixture. First time round there was too much frost in the ground, and it was finally called off fifteen minutes before kick-off, just as I arrived! When re-arranged it was a rare Sunday of snow in London, & I got the call to confirm it was off again, just as I was changing buses at Woolwich.
So it was 'third time lucky' when I took these! It was Sunday 27th April & the Hamlet won by the odd goal in seven, coming from behind. Marvellous! 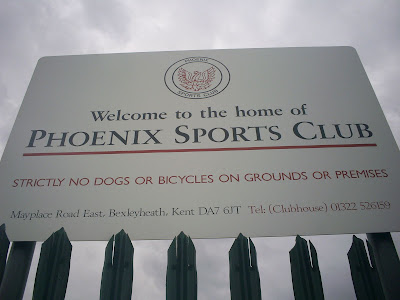 There were a number of small sided junior matches adjacent
to the main pitch. You can see the club house & changing
rooms in the back ground; the main road, & entrance being
behind. 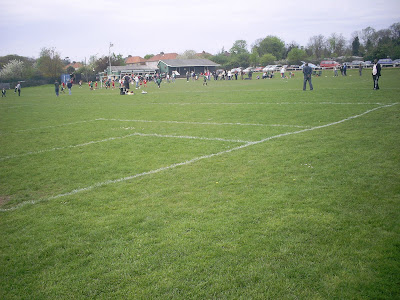 As you can see, very basic. 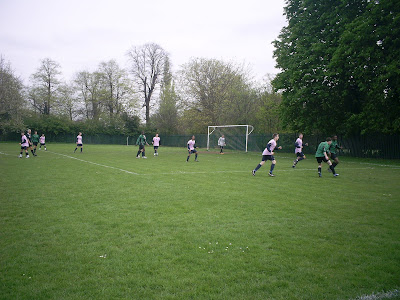 Railed off down one side only. 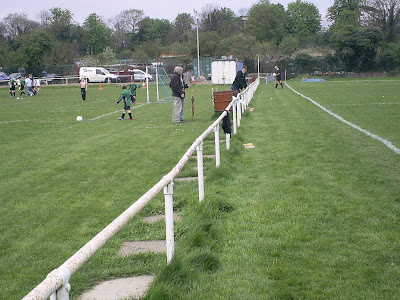 The dug outs on the far side, our half time team talk is
the players sitting on the remains of some sort of old
stand or terrace. 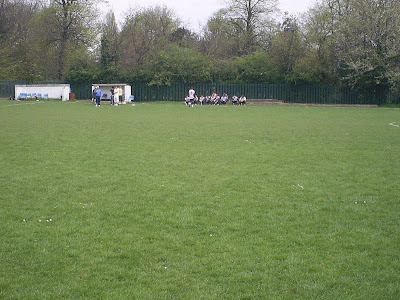 Probably a more than adequate structure in it's day. 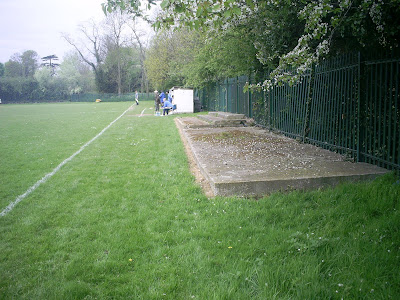 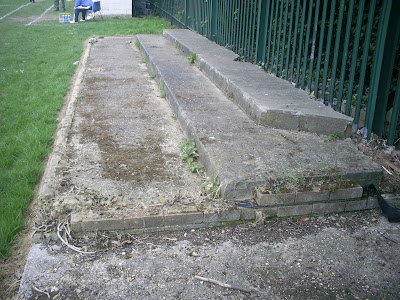 Another view of the spectator side. 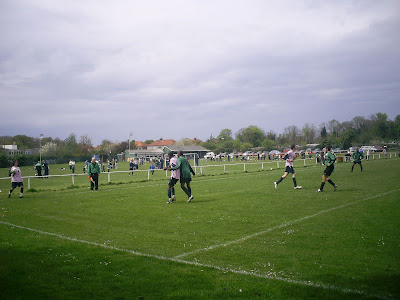 A close up of the dug outs. Not the home one in the
distance, with no roof! 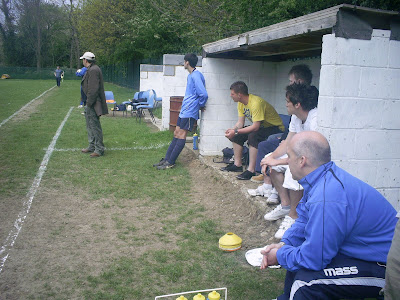 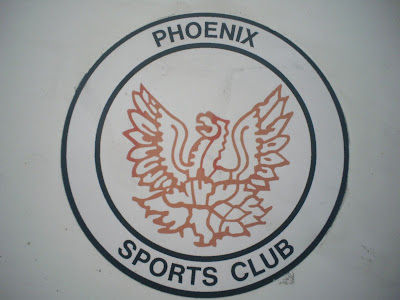 May I suggest a revisit to Phoenix at some point in the near future. Many improvements have Taken place since your last visit and many more are planned. Phoenix now play in the step 6 Kent Invicta League and are looking to push on to the Kent League. Floodlights and a stand are hopefully coming this season.