I had a right touch for this visit to Leyton Orient versus Leeds United. It was 5th April 2008, & the attendance was 7,602. A match in which Leeds were the comfortable winners, as they won 2-0.

My brother is a lifelong 'Cockney White', and had bought a ticket for the O's sections, just in case he couldn't get one for the Leeds bit. Easy to do with a London address. He managed to get a Leeds one, and with Dulwich Hamlet being at home the night before, on the Friday night, he gave me the O's end ticket for free! Happy days!

My first visit to Brisbane Road was in 1979/80. I saw an FA Cup Third Round Proper replay, when the O's won by the odd goal in three. I was in the away end, supporting the non-leaguers, & was thirteen. I found their northern accents very strange, & difficult to understand. There was one player whose name they kept on chanting. Someone called Al Tay. I finally asked a stranger what number he was, & he looked at me as if I was mad! Probably had every right to, as they were chanting 'Alty, Alty!' Whoops!

I've been there a few times with Millwall too, and I also saw Dulwich Hamlet play here, when we lost to Croydon in the 2002 London Senior Cup final.

I was also here for a Sunday match, against Brighton & Hove Albion, which I went to for the occasion of the 1,000th League appearance of Peter Shilton, who was in goal for the O's, in the latterpart of his career, in 1997.

Brisbane Road is a modern ground, with blocks of flats
funding the club, being built in the corners. 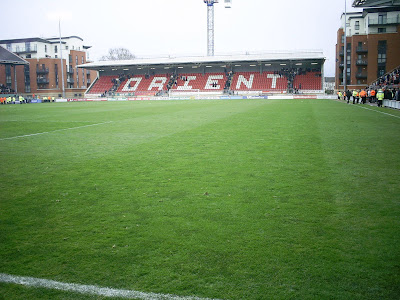 This stand is almost identical, and was the one I was in. 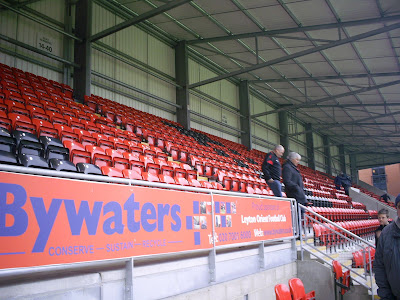 This was the stand to my right, the newest, I think. 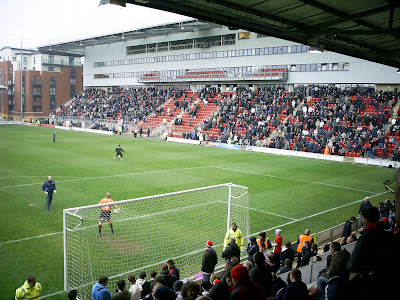 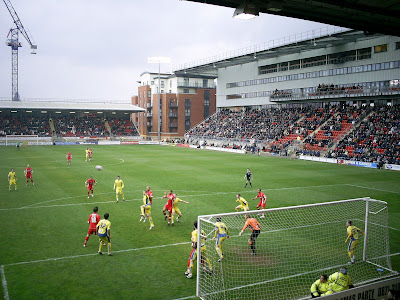 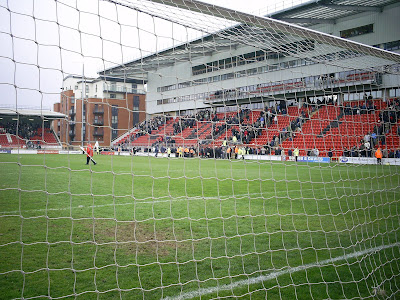 This is the corner to my left, the Leeds fans had the entire
old stand, down the left. 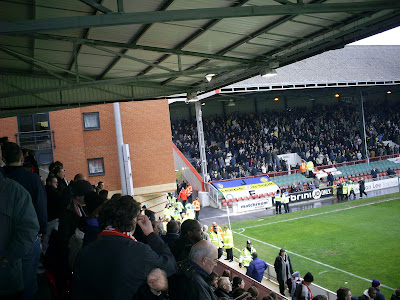 Which was the old main stand, the only side of the ground
that hasn't been completely rebuilt. 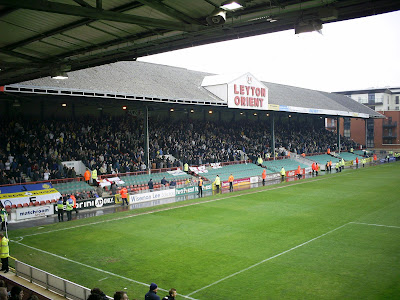 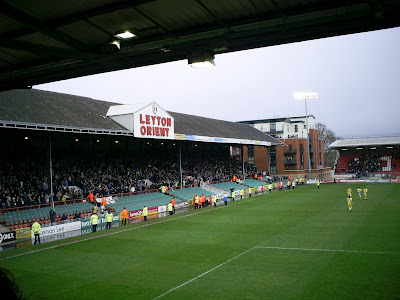 Another couple of views of the far end. 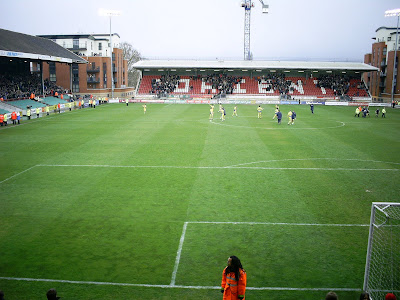 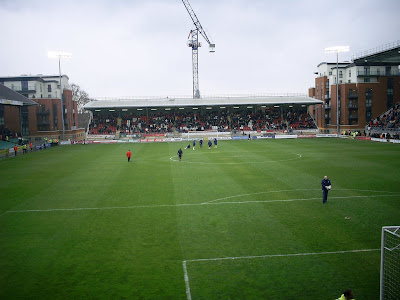 To my right, at half time, a 'traditional' flask of tea.
I was surprised it was allowed into a Football League ground,
such are the draconian regulations in force up & down the
country. 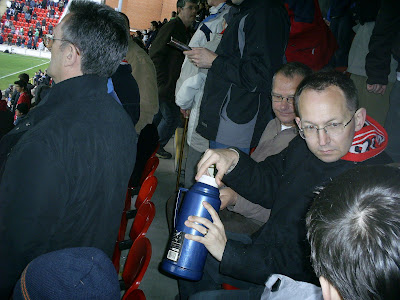 The back of the new main stand. 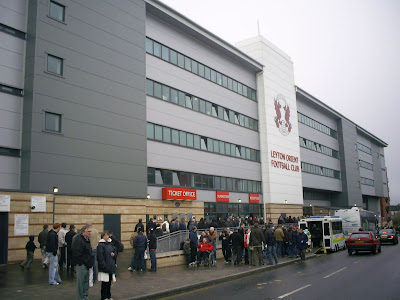 A local heritage plaque is displayed on it. 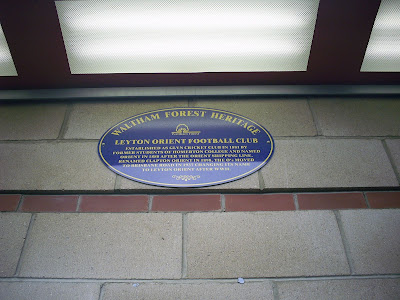 Here is the visitors' team coach. from Yorskhire, of which they
are all so proud... 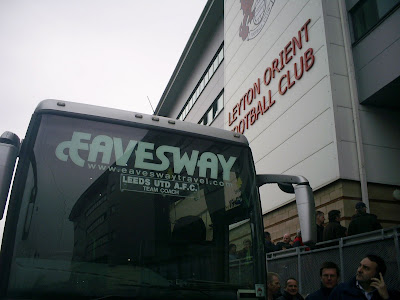 But not proud enough to stop them hiring the bus from
Lancashire! Shame on them! 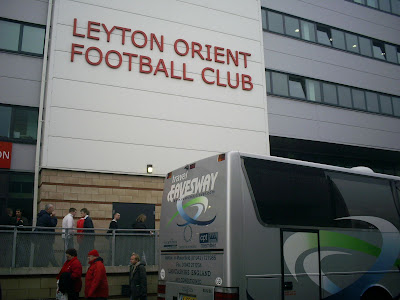 One of the many visitors' fleet of coaches, getting ready for
trip back home. 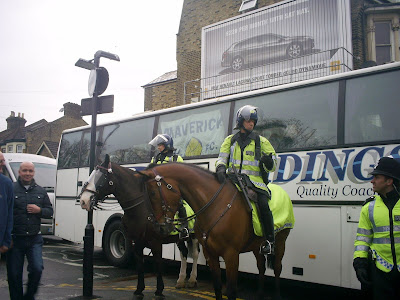 How football has changed! These two would never have got off
the maze that is the London Underground system, unscathed
twenty years ago! 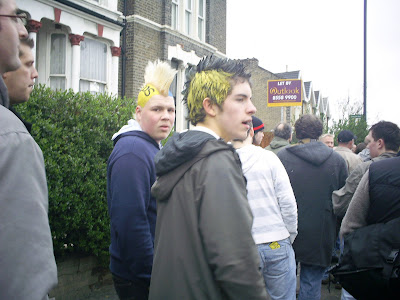 Great work, if this works I will leave more comments.

Please do! How will I know they're from you if you're 'anonymous'? ;-)