London Skolars are the whipping boys of National League Two. I try to go over to North London a few times a season to watch htem, but less so now as they have the majority of their home games on Saturday afternoons. They used to do quite a few Sundays. I work every other Saturday, and when I am off I watch South London Storm, my local amateur side first, if we have a game. Storm actually play in the same league as Skolars II's; so I am in the somewhat 'strange' position of being a fan of the London Skolars First XIII; but cheering on the other side when they take on Storm! Even when they don't actually play Storm I couldn't care less about their second string results, yet always watch out for the First Team scores!

The ground is in White Hart Lane, with Haringey Borough, of the Spartan South Midlands League, a few hundred yards further along.

The New River Stadium has a 1,000 capacity, and only the big stand is open to spectators. However Skolars have got a safety certificate to open the terracing for the first time on Friday 29th August, when they attract rugby league followers from all over the country, who are in London for the Challenge Cup Final at Wembley. This eve of final match has a 2,500 capacity, and kicks off at 6.30pm against Keighley Cougars.

The New River Stadium is part of this White Hart Lane complex. 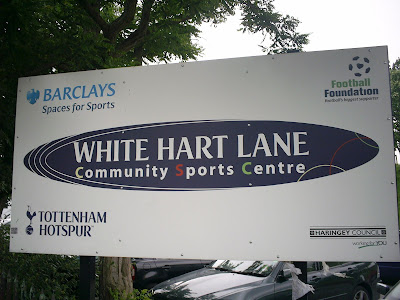 This is your first view of the ground. 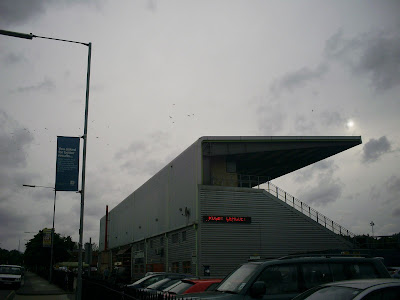 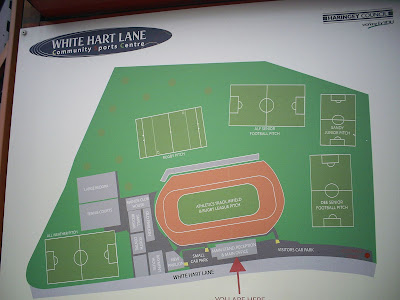 There are no turnstiles. You go through this main entrance, and
pay at the ticket office just inside. Your ticket is then checked
as you climb the flights of stairs to the top of the stand. 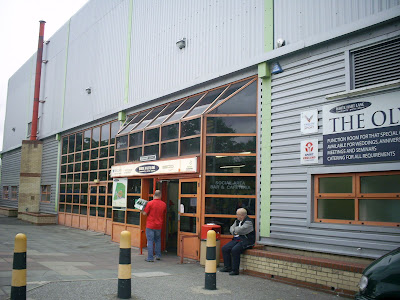 This is the main stand. I am taking you on an anti-clockwise
walk around the ground. 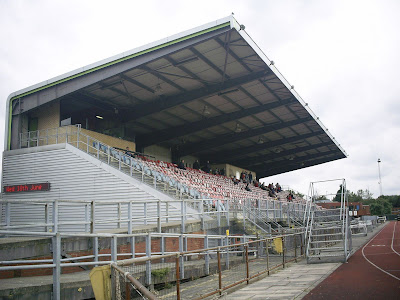 A typical running track venue, the view would be bloody
awful if you were permitted to stand behind the goal! 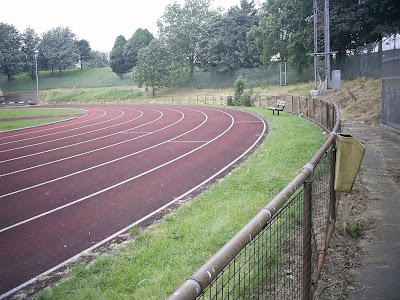 This is the decent stretch of terrace all along the side
opposite the seats. 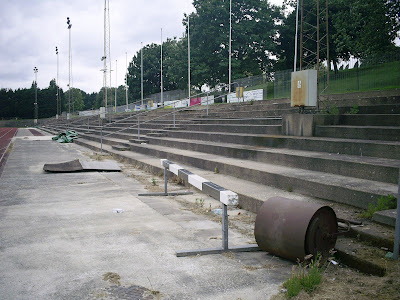 Here is a view of the stand from the corner. 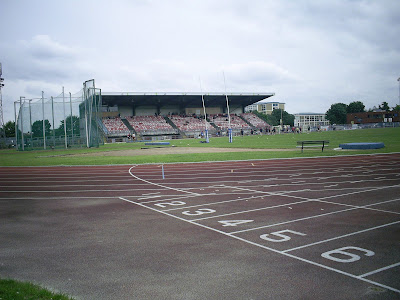 And from the halfway line. 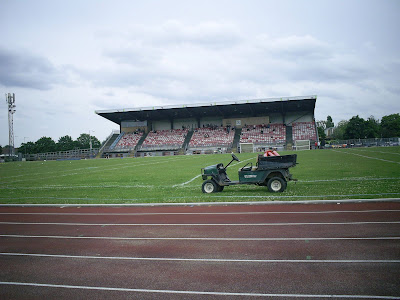 Another look at the terrace, as it curves round at the far end. 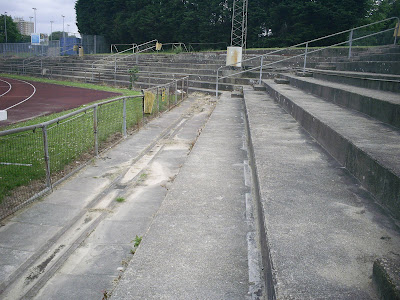 And looking back from the far end.It's a shame it's not open,
it's a waste of a decent terrace for a summer sport. 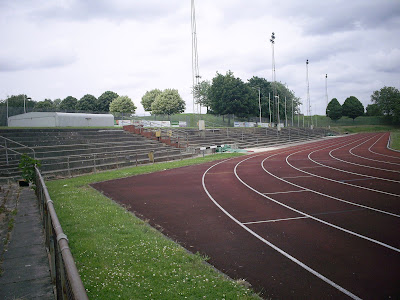 As it curves round you see the changing rooms area. The
pitch, I presume, is used by Haringey RFC (union) in winter. 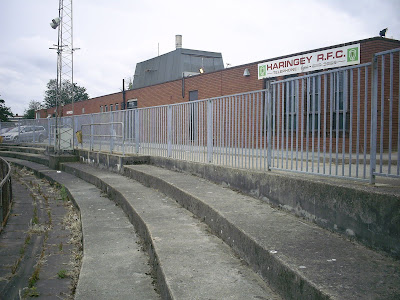 From the last corner I'm looking across the pitch at the
pre-match warm up. 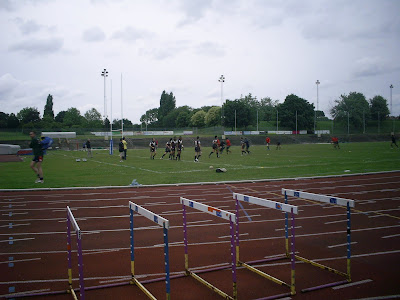 despite the 'pre-match prediction' of an extremely heavy
whitewash, Skolars 'only' lost 6-40 to Oldham on this visit! 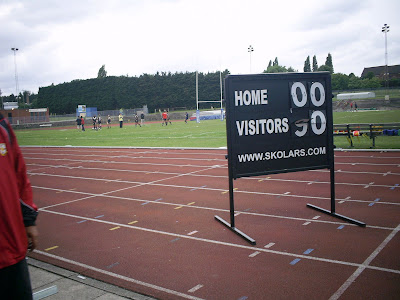 Despite this obviously being an athletics ground-I hate watching
football or rugby league at these locations- this is one of
my favourites, if there can be such a thing. You are high up, with
a good view of the pitch. 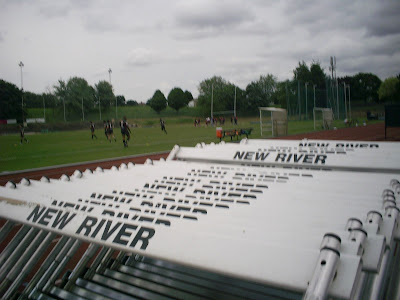 A final look up at the seats. 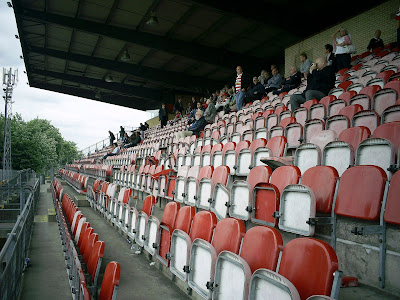 Time to settle down in my seat for kick off! 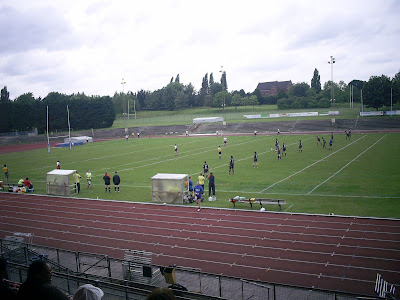