My local amateur rugby league club, South London Storm technically play in Surrey, with a Croydon postcode. But it's 'Sarf Lunnon' enough for me, & I try to watch them a few times each summer. Home is 'Storm Park'. Otherwise known as Streatham-Croydon RU club; the proper name of the ground being their one: Frant Road.
Storm play in the Rugby League Conference, which-if there was a real pyramid in place- would be the fifth level of rugby league.

all the spectator facilities are on one side, this is the main stand,
which was erected at the beginning of the seventies.
The roof was completely refurbished last year. 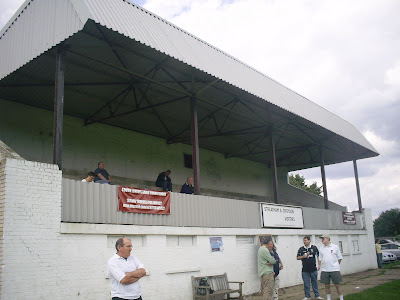 You get a very good view of the action sitting up in it. 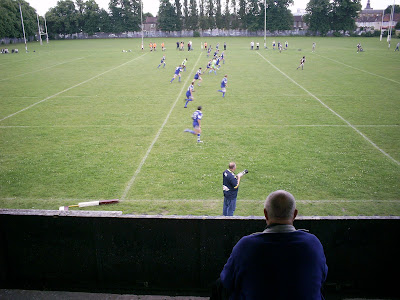 Though you might want to being along a cushion, if you don't
want a sore bum, as the concrete steps 'double up' as the
seats! I would presume, many years ago, there may have been
some sort of proper seating in here. 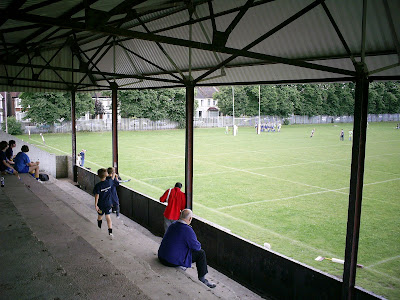 To the right there is some grass banking. 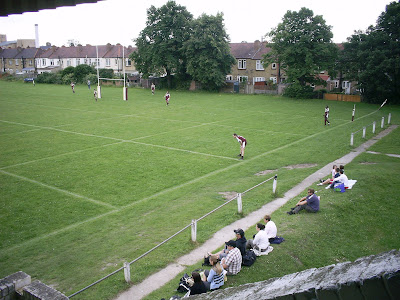 Perfect for lazing on, if it's not raining in the summer! 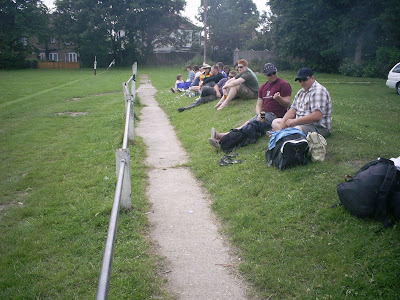 To the left of the stand there is just a footpath, and a railing....
albeit a 'railing' without any rails! 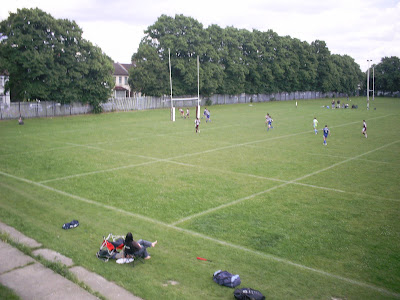 A better view of the hard pitch surround here. note the
on duty police car, with its' occupants enjoying an ice cream
while watching the game, instead of fighting crime!
To be fair though, they may be at work, but one of them does
play for the Storm second team! ;-) 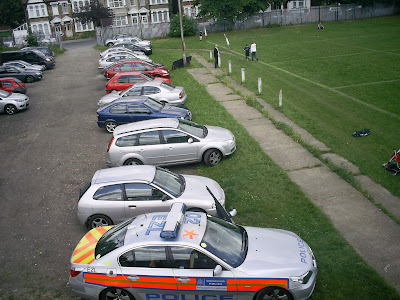 Good work Mishi, it brings back a lot of memories. My grandmother used to live in Frant Road in the sixties.

I'm not convinced they rebuilt the stand, it looks the same as the original 1957 version, although refurbished.

I don't think there's ever been any individual seats, concrete and piles all the way!

I think that's right,although as a Tooting & Mitcham supporter, I tend to suffer selective memory loss.

Yes, the stand looks the same as when I played on this ground in (I think) 1965.