A rare Saturday morning Middlesex County League match, at Kodak FC, as part of their marvellous programme of encouraging both groundhoppers & curious fans of other clubs like myself, to visit their grounds.

As you would exepct at this level they can be very basic, and Kodak was no more than a roped off pitch. but it didn't rain, the football wasn't a high standard as you'd expect, but the players were keen, & tried their best. What more do you want?

A programme? Two pounds please. A pleasure, in lieu of the 'free' admission. 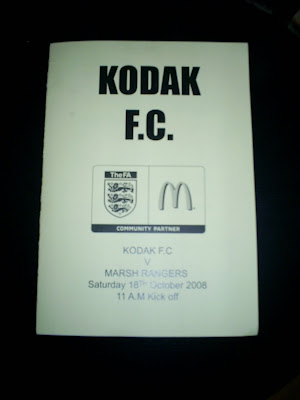 Walking from the station you pass the actual Kodak plant, from which the ream take it's name. 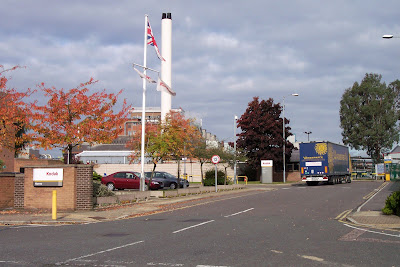 They are based here, at Zoom Leisure. 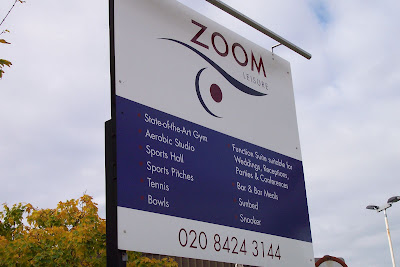 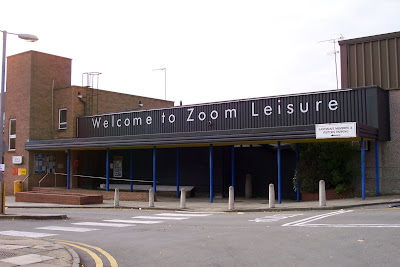 Here is the pavilion behind, from inside the ground. Note the Kodak FC flag flying high. 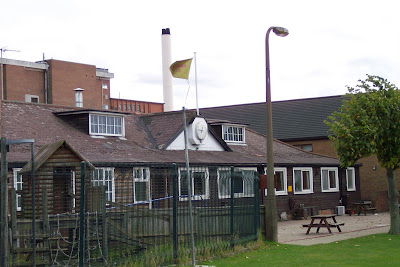 There is a nice clubhouse here. 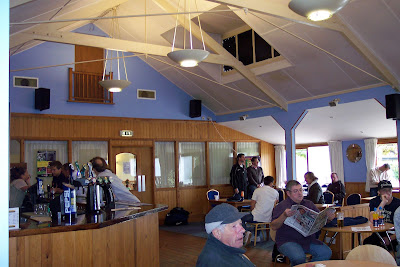 With a Kodak FC cabinet. They run a number of junior sides. 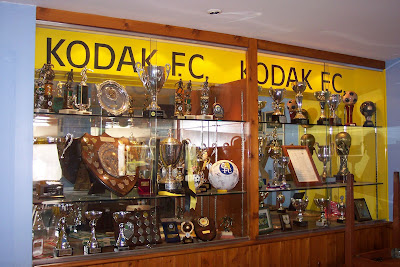 I'm not sure what this is for, but I'll bet I wasn't the only one to take a picture of it today! 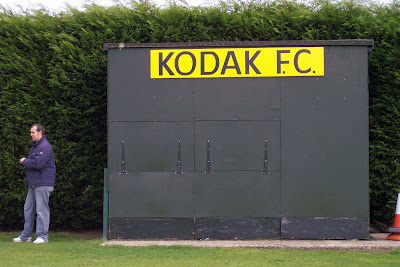 From the far end of the pitch you can see the Kodak factory in the background. And the majority of the groundhopping crowd behind the rope on the touchline. 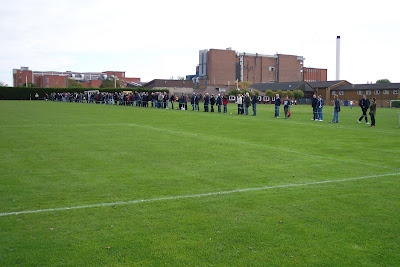 It was also roped off behind the goal, but not the other two sides. 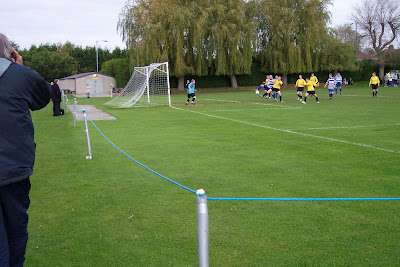 The only 'buildings' of any sort were the dugouts on the far side. 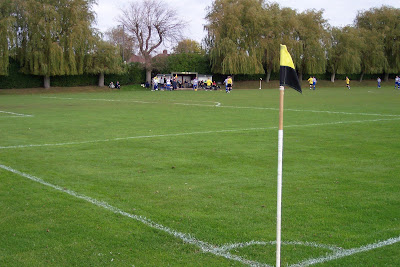 The far side had a slight grass bank down it. 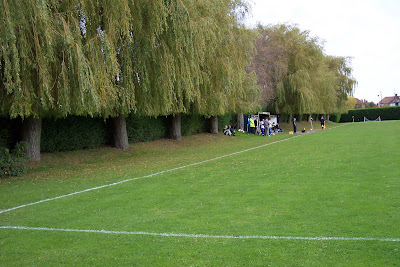 Here are the dugouts from the opposite side. 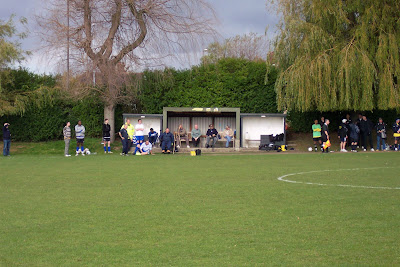 Behind the 'roadside' un-roped goal two hoppers rested themselves on the only seating in the ground! 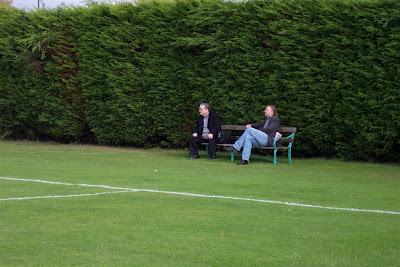 Another look down the line, from the other end. 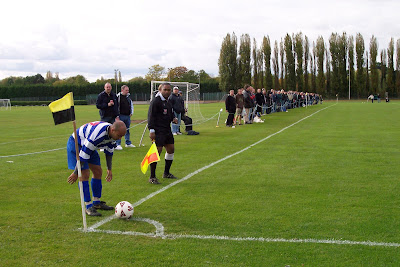 And down the grass banking from this end too. 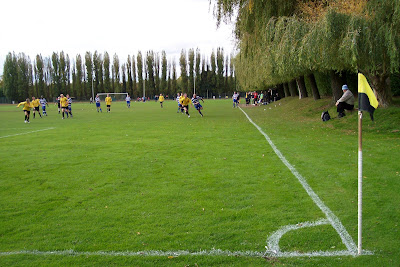 an attempt at catching some action. 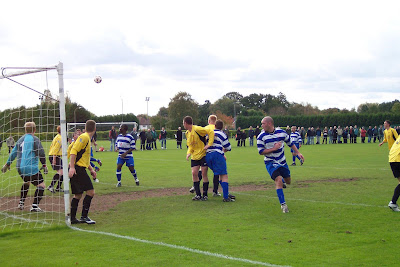 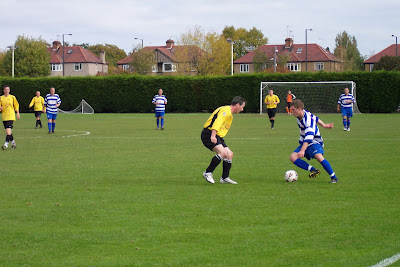 Yet another goal let in by the rotund Kodak custodian! I'd love him to have a crowd behind him! Boy, would he get barracked! None of the goals 'were his fault' as he bawled out his defence, the lineman or the referee! He had a 'mare! ;-) 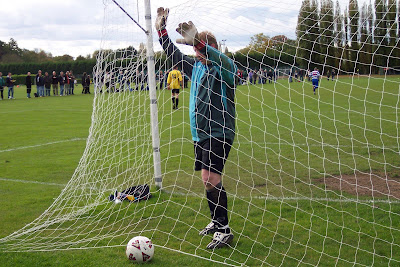