It's very rare I delve into AFA football. But with Southgate Olympic having a 75th anniversary game I thought 'why not'? Football in the AFA is more about fair play & sociailising. So there's very rarely any spectator facilities, and sometimes the pitches aren't even roped off. But at it's top level there are sides more than capable of holding their own if they switched over to 'regular' county leagues.

Southgate play in the third division of the Southern Amateur League, & are based at the Clowes Sports Ground, in N21. If you are a 'dedicated' groundhopper it's a ground to 'tick'. But, thankfully I'm not one myself, so am fortunate enough to have plenty of built up stadiums to choose from, if I'm not supporting the Hamlet. That's not to say there was anything wrong with the place, or the standard of fare on offer, it just wasn't very 'photogenic'! ;-)

A chap came up to me & asked if I was Mishi. Replying in the affirmative he introduced himself as the man behind this site, & I had a very pleasant hour & a half chinwagging away! 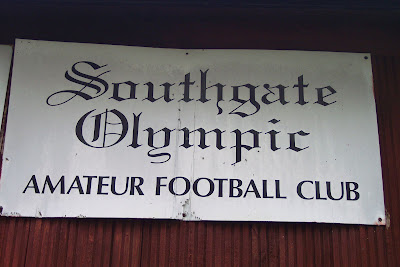 This is the view of the changing rooms & clubhouse from the road. 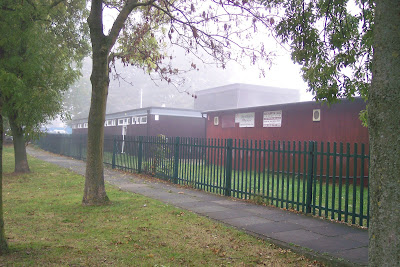 Prsumably a council ground, maintained by the London Borough of Enfield. 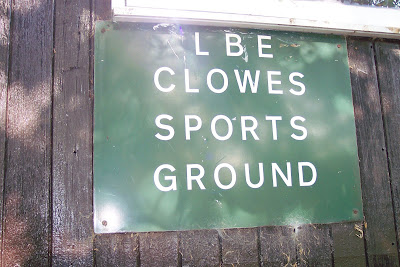 A superb 16 page souvenir programme was on offer for a pound. A bargain & most unexpected! 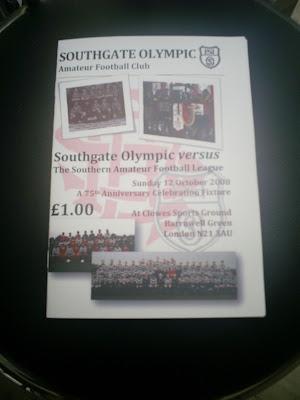 As I said it's the social side that matters, & they're clearly proud of their history here. 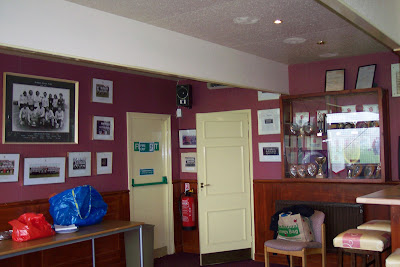 With all the results up to date on the noticeboard. 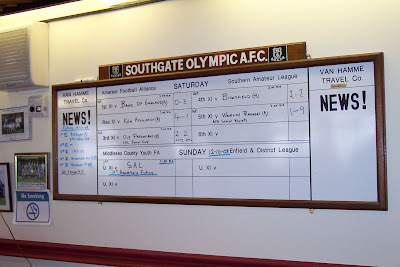 Presumably these are some of those 'groundhopping' types! ;-) 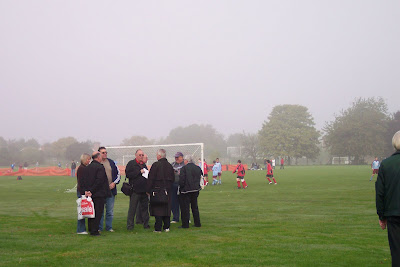 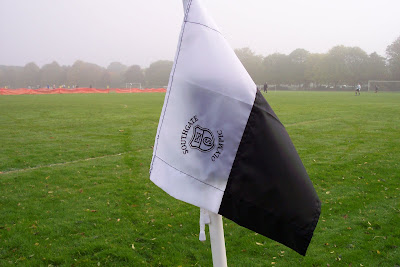 The Representative team took the leagie from the penalty spot, & finished comfortable 6-1 winners. Clearly much stronger, what was nice was they never once 'showboated', nor did Olympic give up trying. 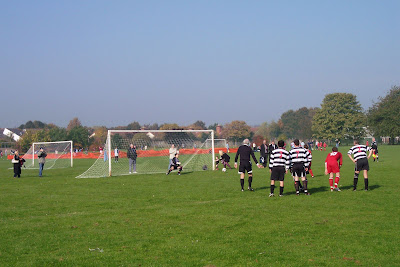 A glance at some of the crowd down the touchline. 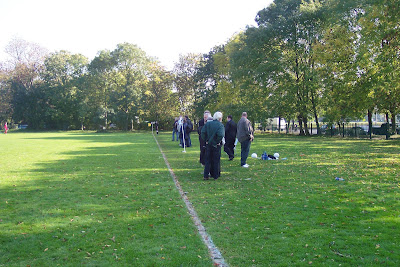 The Olympic number nine, clearly a veteran, played a large part of the match. I wondered to myself whether he had played in the 50th anniversary match a quarter of a century earlier! 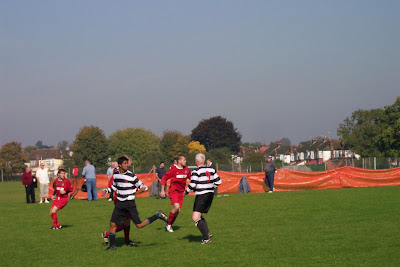 Wating for the final whistle, not long to go, but why they're all behind the net itself I have no idea! 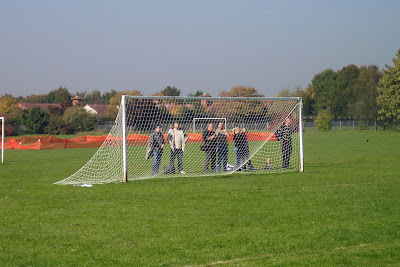 A look across the pitch, at the end. 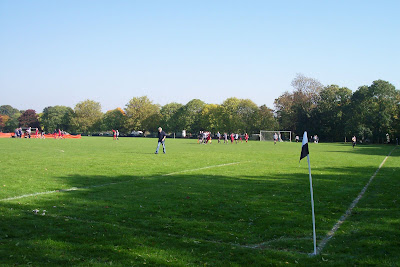 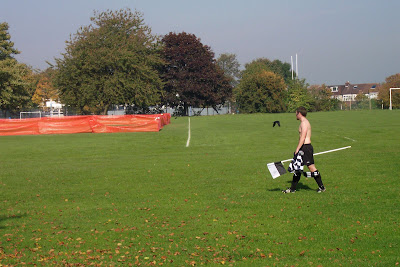 Game over, nets down, looking over to the pavilions. 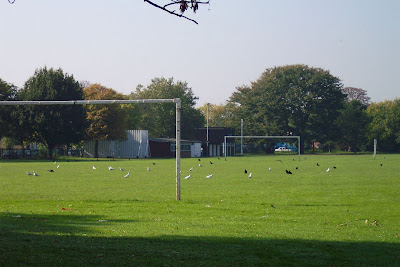 Not wuite lined up properly (whoops!) this is the Southgate Olympic club crest. 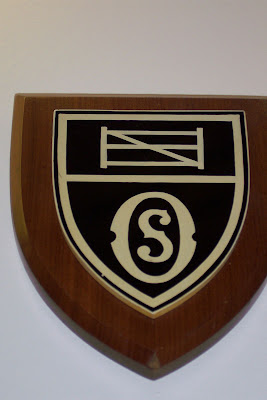 A pleasant morning, at an unusual venue, for me. the only 'disappointment' was the teams never lined up for team photos on such a historic occasion.
Posted by Rabbler at 09:05

Well Rabbler, to say you have made my day would be an understatement. What a lovely thing to do! I played for the club thru the 80s, went to the 50th Anniv do, have lived abroad for 20 years but went back for the 75th dinner. Saw many old faces from those photos, but have never been back to the club itself. Now you have given me the virtual tour. The memories! Thanks so much for taking the time and please don't remove this! All the best, Rob Jones [bottom right (insert-I was late) of bottom left team photo in bar]

Thank you for your post. I'm only, belatedly, going back & reading them all today....it never occured to me that people would comment so much on my various postings!
Your comment has put a smile on my face, for the rest of another boring Friday afternoon at work, it makes the effort I put in much appreciated!

I used to play for OLD ELYSIANS in the AFA.We played in the Nemean league.It was great, great socialising .

Not heard of them, I'm no expert on AFA football, but it's pleasant enough to dip into, & go to a couple of games a year, almost always representative matches.

not sure on the number 9 being involved 25 years earlier - but the ref for this definitely was!

Used to be the goalkeeper for Southgate and played in the match 25 years before!

Dear Sir
As an ex player of Old Elysians would you know of someone who would have kept records of the Nemean league tables from 1977 to 1985.
Thank you
timgraham180@gmail.com