'Little Heysel' is a small stadium, right next door to the old Heysel, now the King Badouin Stadium, which I also took photos of in January 2008. Thanks to the but the 'Football Grounds of Brussels' Facebook page I've discovered that it si home to AS Etoile Bruxelles Capitale. Here is what the Facebook group posted about the ground-

"This small but atmospheric stadium is located next to his much bigger neighbour (hence the name). Division 1 football was played here for three seasons in the Eighties, when small Racing Jet Bruxelles were promoted to the top flight. Racing Club Jette was founded in 1944 and merged in 1970 with Royal Stade de Bruxelles to become Racing Jet Bruxelles. The small club never attracted big crowds and in 1988, while in division 2, took the decision to move away from Brussels, in Wavre (about 30 kms South-East of the city), in the Brabant Wallon province. They still play there today under the name of Racing Jet Wavre (currently in Division 4). Moroccan community club Etoile currently plays here, as well as the Ladies team of RSC Anderlecht."

This is one of the entrances, from the main road. 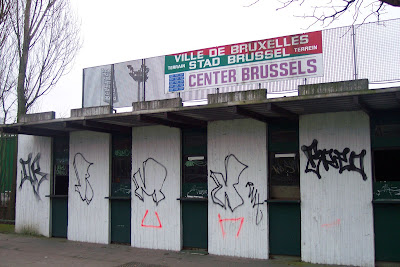 At this end is an open terrace, & as you can see, a stand running down the side. 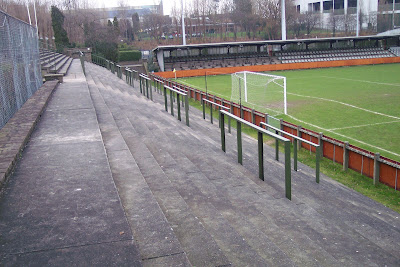 Scoreboard in the corner. 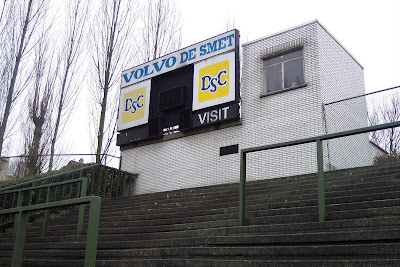 And a few steps of covered terrace down the other side. 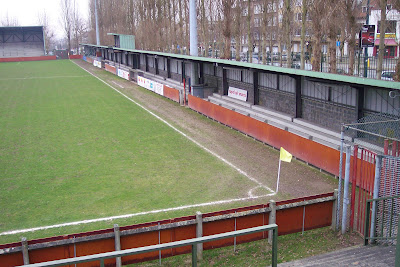 Looking at the stand, through the net. 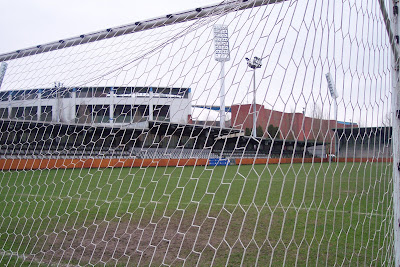 Here is a nice full length shot down the seats. 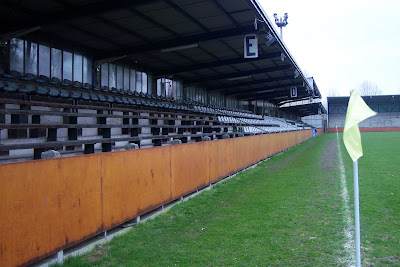 Behind this stand, slightly higher up, is a hard surface pitch/training area. Some bricks form some sort of seating, and you can see a small overhang, for some cover further along. You can see the main national stadium behind the pitch. 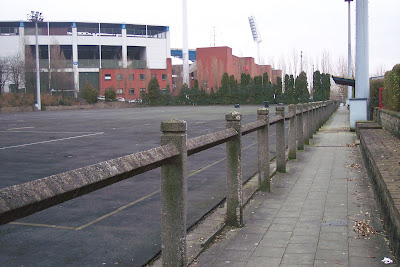 A closer shot of the covered area. 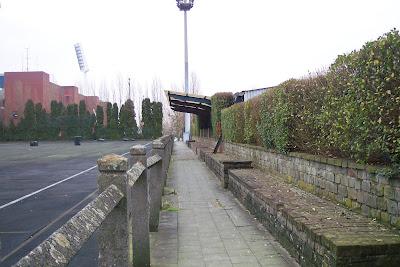 Back into 'Little Heysel' now...I wonder if the concrete area is 'Mini-Heysel'? ;-)
Here we see the covered terrace at the far end for the first time. 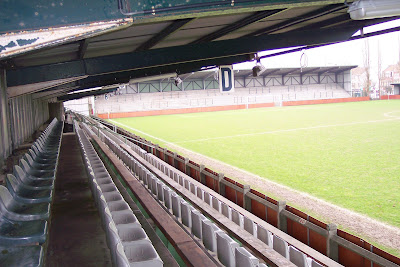 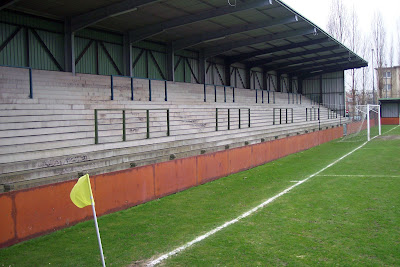 Here we're in the corner of the seats, looking back up the ground. 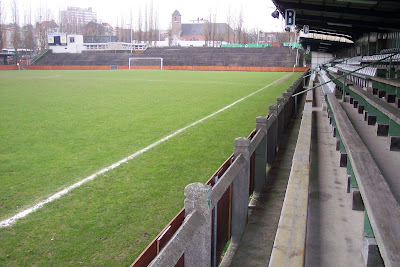 And now we're actually on the terraced area. 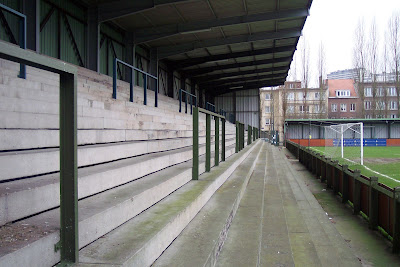 From where we look at the main stand again. 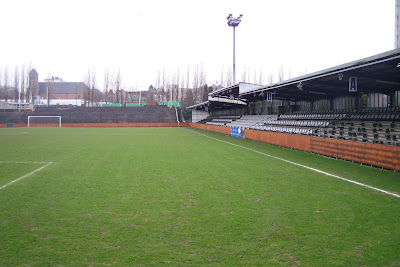 And finally the covered terrace on the far side, though for some reason I didn't bother to record the length of it. 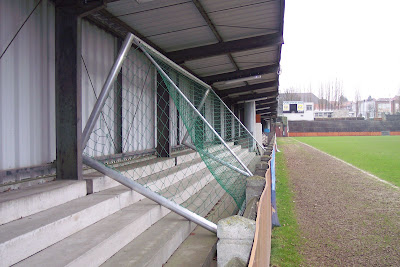 Lastly, the ticket booths outside, at the back of the covered terrace, behind the goal. 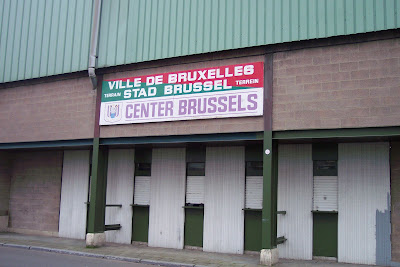 I stumbled on this ground by accident a few weeks ago. Almost looks like a 'model' ground. Very unique.

Things have changed in the meantime!
We are now the SC Etoile Bruxelles.
Pay us a visit when you've got some times.
Cheers
wwww.Etoilebruxelles.com