I didn't take enough photos here at ES Jamboise. Beyond the far end of this stand is an all-weather pitch, where Dulwich Hamlet Supporters' played our Union Royale Namur counterparts in January 2008. The changing rooms were under this stand in the main stadium. I quickly took these shots as we were leaving. I'm not sure of the exact club name, so any help in properly identifying the club will be appreciated. I'm told that UR Namur have previously used this stadium as a temporary home venue. 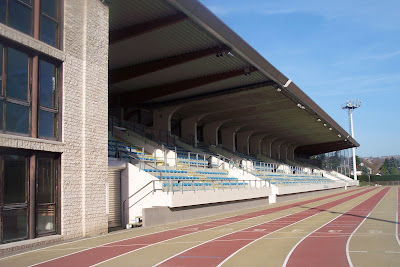 There are some open blocks of terracing on the far side. 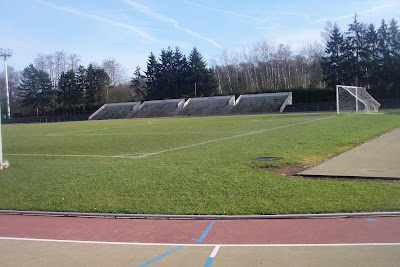 And some curved terracing set back behind the goal & the track. 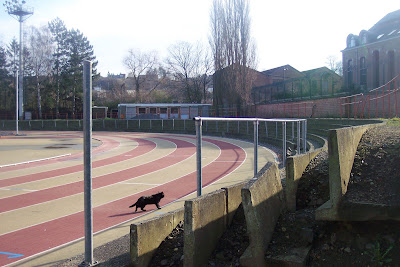