HC Kobra Praha played at the third level of Czech ice hockey when I saw them play in October 2007. Last year they appeared to be second division, but I think their rink is now being re-furbished, though I can't understand Czech on their website. It's possible they may not be playing this season.

This is the entrance to the rink. 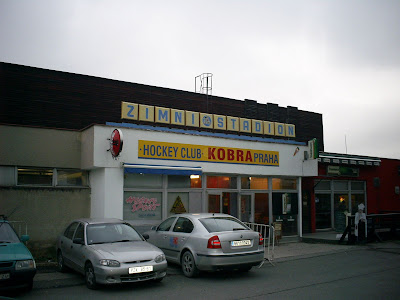 Here is a sign on the side of the bulding. 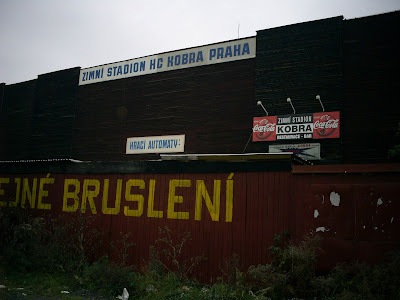 And to the right of the entrance is a gym & the bar. 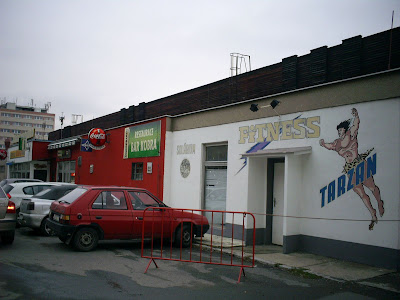 Here is a view of the rink from up on the grass bank outside. 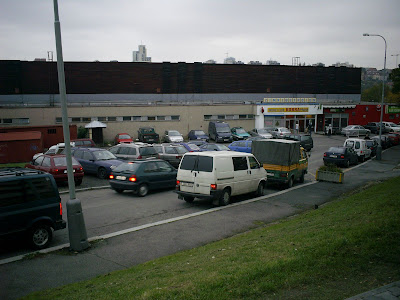 this van was parked outside, I took it to make a note of the shop, though I've not visited it yet. maybe on my next trip this coming October...hopefully they will sell hockey souvenirs. 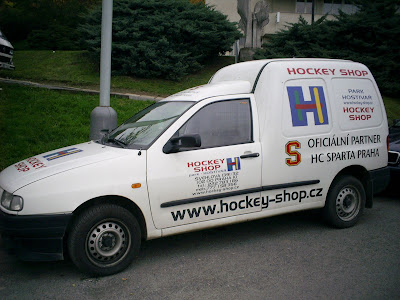 Here we are inside the rink. 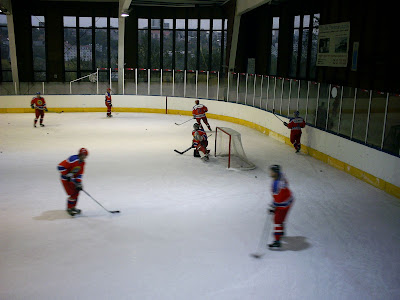 It is very basic, spectator wise. 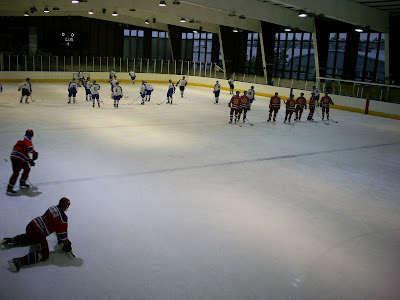 This angle is up a rickety flight of steps, up to some offices in the corner. 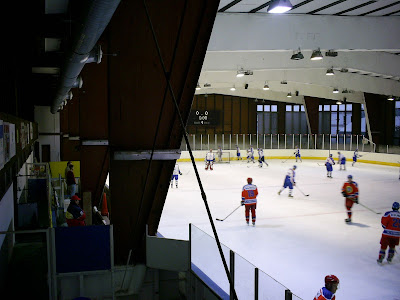 Behind the goal is a couple of basic steps of terracing. 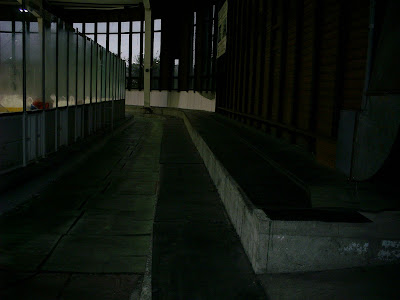 Down the far side are some wooden steps, that don't look that safe, but they were ok to stand on! 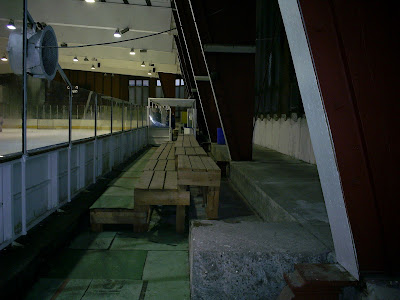 This is down the other side, where we came in. The steps up ahead are from where I took the earlier snap. 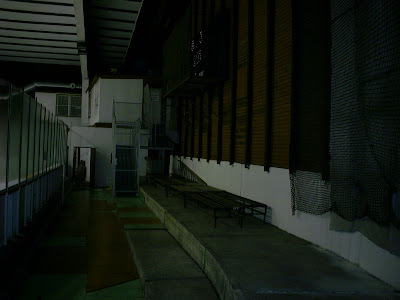 This banner was from the small pocket of away fans. 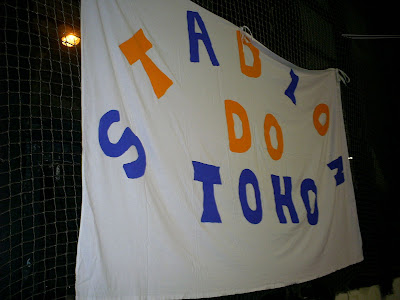 The scoreboard shows the final score, a victory to Kobra. 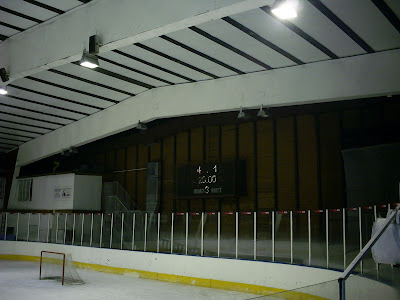 A last look across the ice after the final whistle. 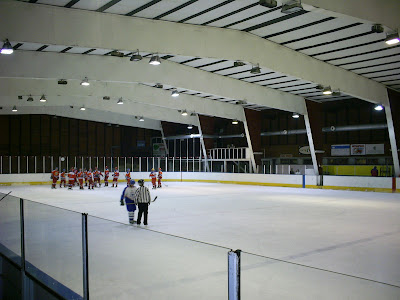