Loko Vltavin is a ground I'd been to before, but not seen a game at. On a previous trip I'd stayed at a small hotel a couple of streets away, and saw a ground on a local map, so went to investigate, as you do! Last October, on a pleasant Saturday morning I finally got to see a match here.

This is the entrance gates. You can see the man taking the gate money, and selling the programmes inside. The actual turnstiles were no longer in use. The bar is to the left, with the ground to the right. Also on the left, further back is some sort of old handball court. More of that later.... 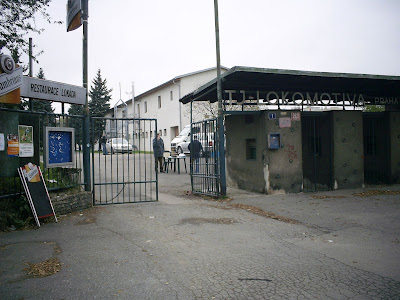 This is fourth division level, which has a number of divisions. Crowds are barely a hundred, so it's nice to get a programme. 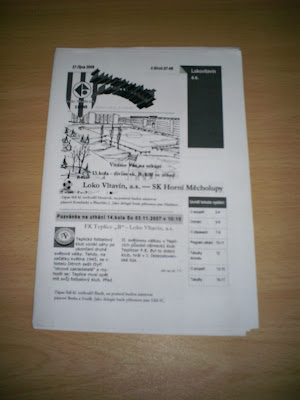 And a ticket as well! 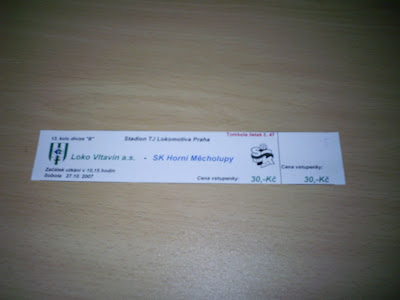 A match poster on the noticeboard. 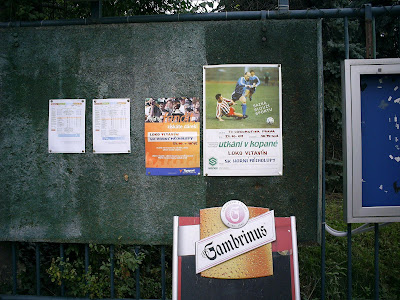 Here is that handball court I was telling you about. Click here to see some more detailed snaps of it, from one of my previous visits on my old, defunct photoblog.
And while you're at it click here too, to see the ones I took of the football ground then. 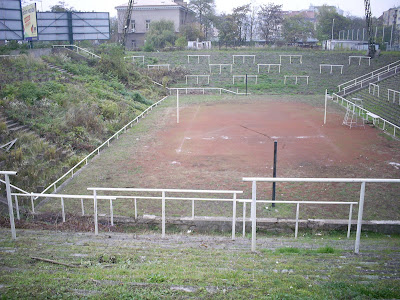 Behind the far end of the main pitch is this new all-weather surface. On my previous visits this was a hard surface dustbowl of cinders. 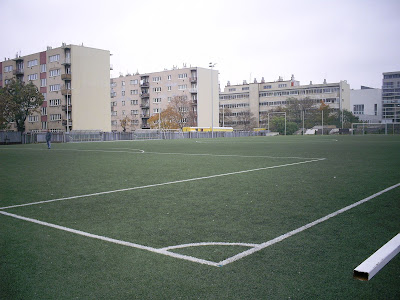 This is the main stand, running down one side, where the majority of fans watched the match. The changing rooms are the building behind. 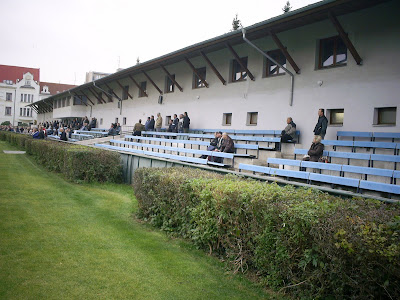 Behind the far goal you can stand on this walkway. 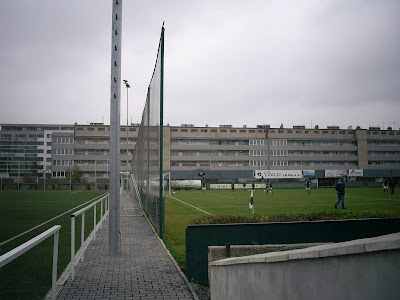 From the corner we look across to the far side, and the mighty fine 'ugly eastern European' blocks of flats! 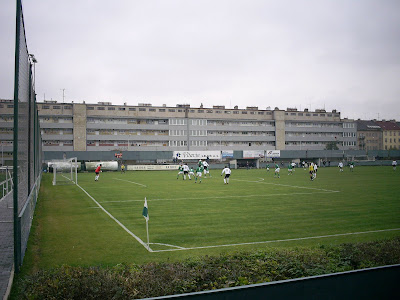 You can stand down the far side, behind whatever these tanks are for, with the military advertising on them. 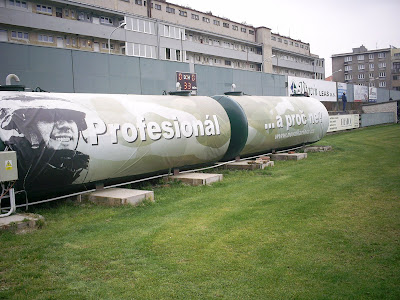 I would guess there was some sort of stand on this side in years gone by. Maybe before the seats were constructed on the opposite side? 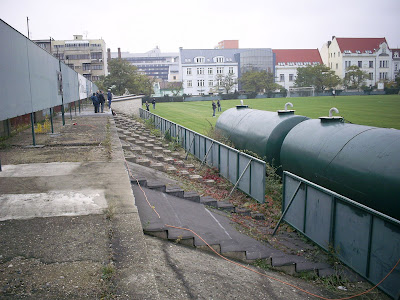 Back over the other side, looking across as the match is in progress. 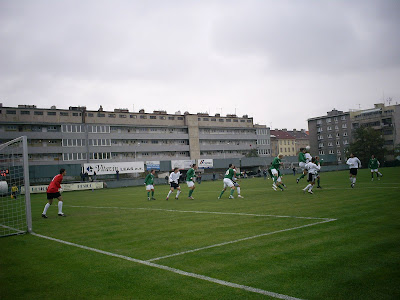 A view of the seats, from the entrance end of the ground, there is a stretch of terracing behind us here, to the touchline. 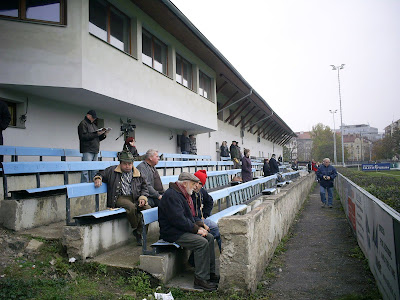 The players return through the tunnel, for the second half. 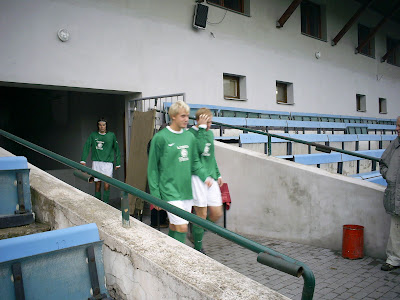 Standing behind the goal, during the latter period. 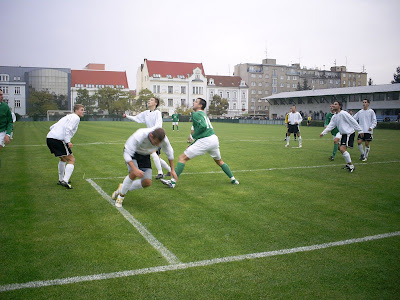 Some of the home fans, including a noisy man with a horn! 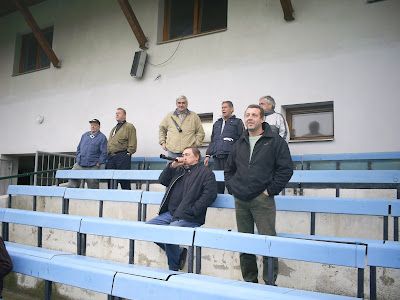 Note the cup on the table. This was NOT a cup final, it's just an old pot used to draw the raffle from! 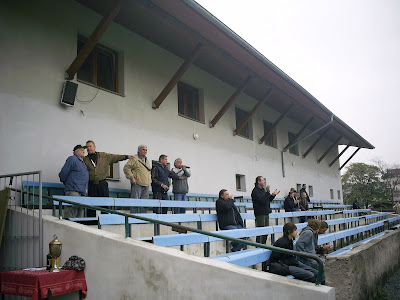 And the final whistle, as the teams leave the field. 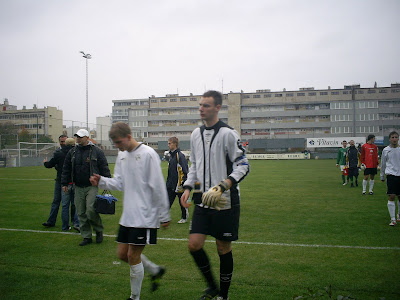 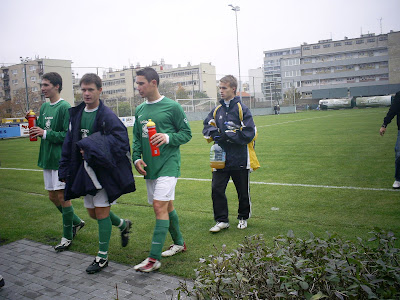 This is a club where I used to play when I was a kid. Established in 1898!! I used to play on gravel ground (one of the biggest in Prague).Grass was installed in 2001. People could not do almost anything on balconys around the stadium because of the constant dust from the field:)))Stadium is from 50s.Shame what happened with volleyball field but it was exactly like this even in early 90s. Terrace is new.Check out some old pics from late 90s. http://www.lokovltavin.cz/images/hriste06.JPG