Sokol Dolni Pocernice play in the second division level of the Prague leagues, which is the sixth level of the Czech pyramid.

This ground was a pleasant surprise, it has two pitches, but both were grass. and both had half decent spectator facilities. 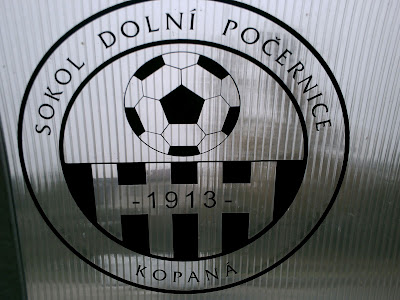 This is the main club buildings, from out on the road. They look very new, though not being a builder myself I am not sure if it a new construction, or a renovation. 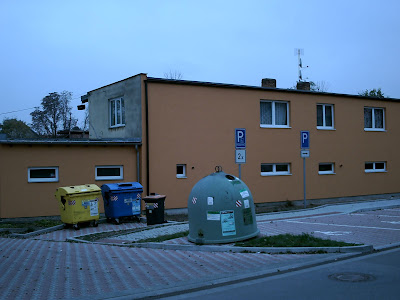 Here we see the building from inside. The actual entrance is just past the building, but I entered the ground through a gap in the dnece here, left open as there is buidling work going on in the tennis club next door. 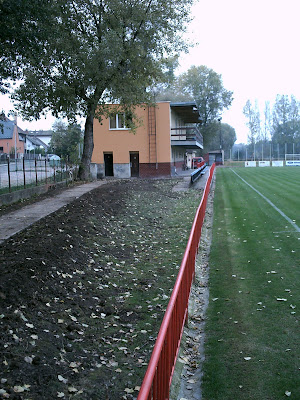 Rather than head up to the main building we are going to head round the other way, in an anti-clockwise direction. Behind this goal it is railed off, but you clearly can't stand behind it, due to the proximity of the tennis club. 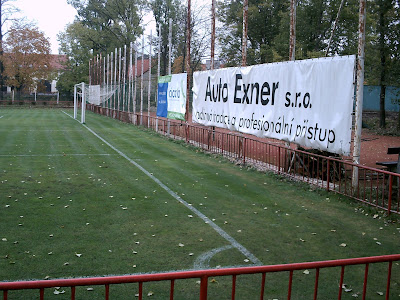 From behind the goal we look acorss to the main building, which we can see has a balcony along it. 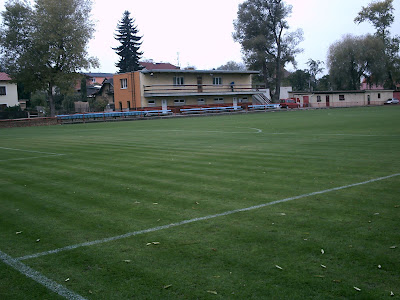 Down this side we see the dugouts, and some sort of terracing behind them. 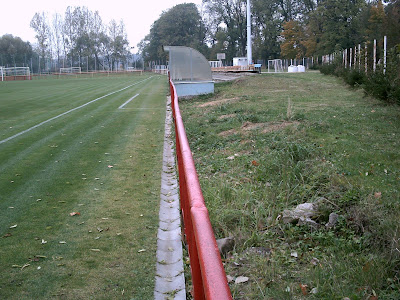 Here is a close up of one of the dugouts. 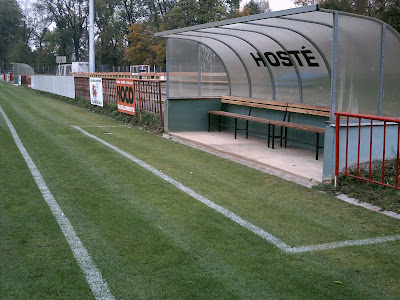 A nice stretch of shallow terracing, with a row of old benches at the back. 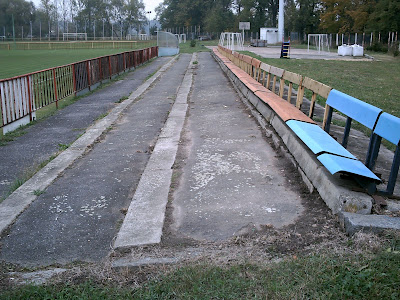 At the halfway line we look directly across the pitch.

Now behind the goal, we see there is hard standing which is behind both goals! Rather than go down here, we are going to continue straight along. 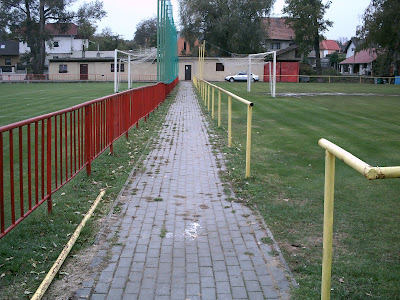 We now look over the second pitch, where we can see some sort of covered stand on the far side. 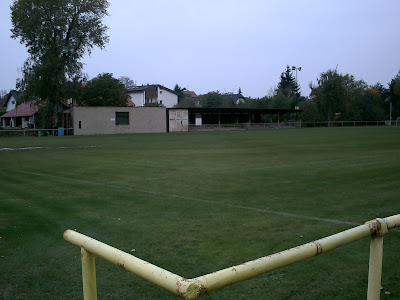 But down the side we're on it's hard standing and railed off, heading towards the dugouts. 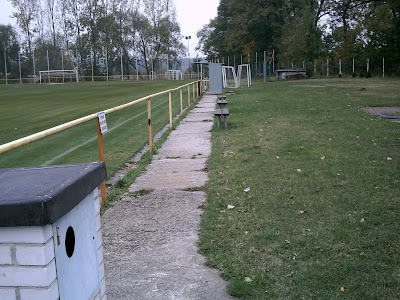 Though there are also a few benches. 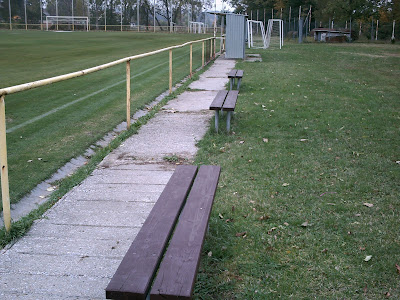 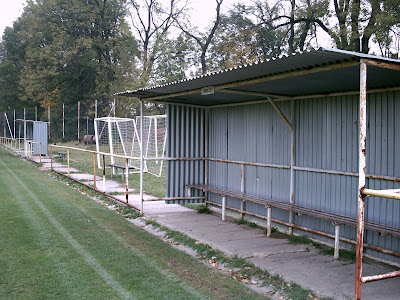 It's open at the far end, not even railed off, with a rough training area behind it. 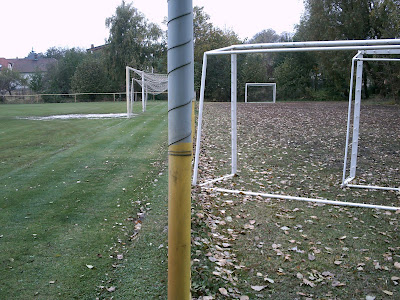 From this goal we look over to the covered stand. 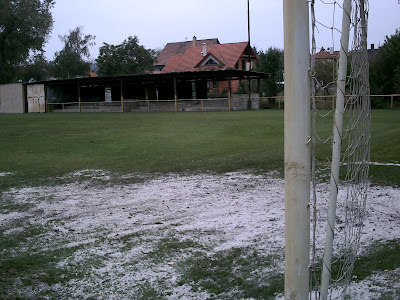 down the side it's railed off again, with a path, that turns behind the stand. 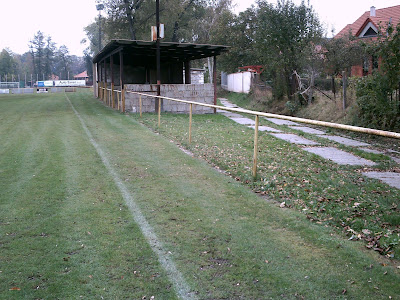 It's rather run down, but at least it's still standing! 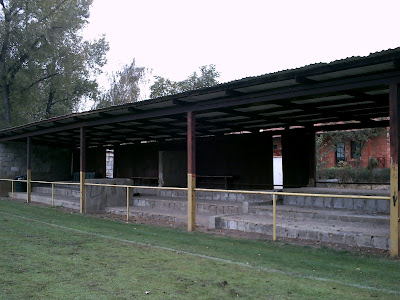 Just! some of the back panels have gone, and there's only the odd old bench in it. 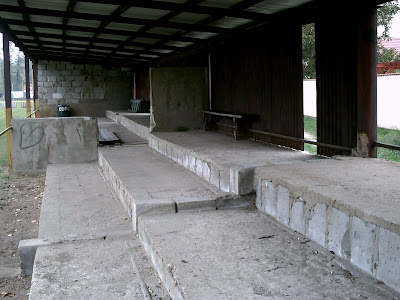 With one or two more dumped at the other end. 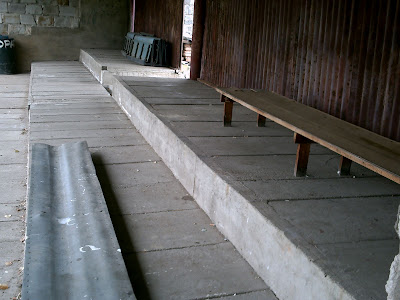 Beyond the stand is more hard standing and railings. 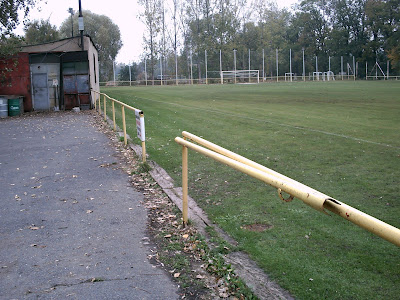 Now we're back to the 'double end'. 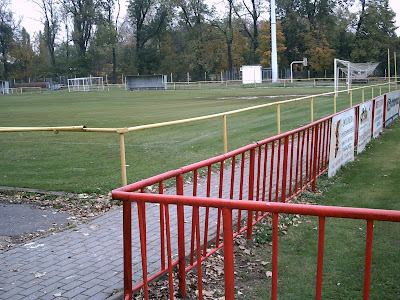 And headed towards the main building at last. 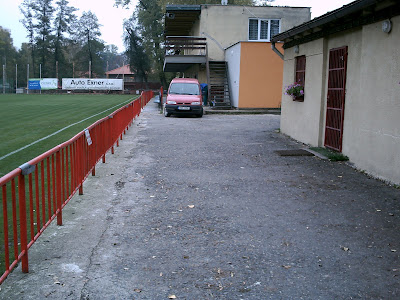 In front of it is another row of benching, similar to those on the far side of this, I would guess, the main pitch. 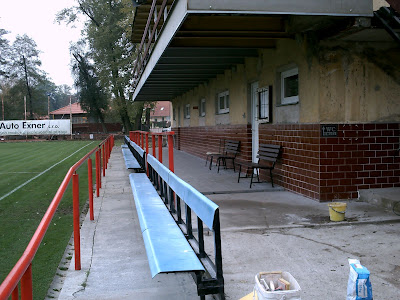 This is the view across the pitch, from up on the first floor level balcony. 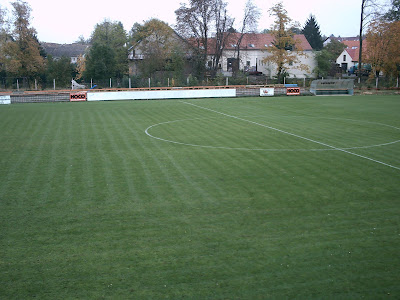 You can see how recent the work on the building is, as there are still workmen at the far end! That is the end where we started our tour from. 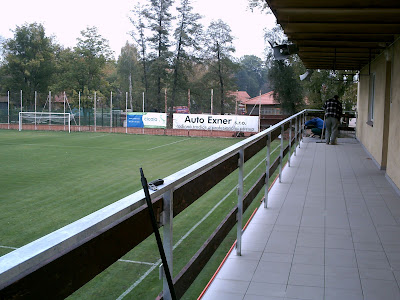 In the other direction we see over to the second pitch, to conclude our non-matchday visit here. 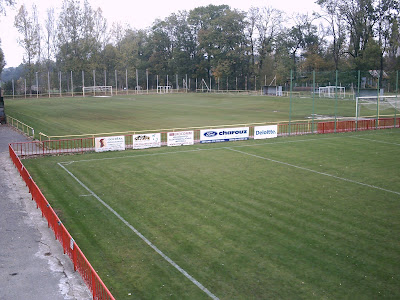 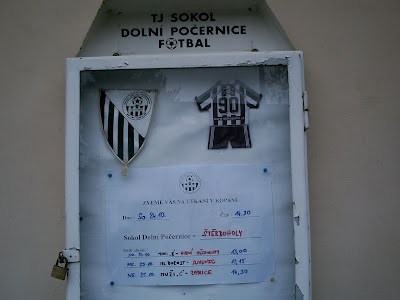