I visited AFK Olympia Seberov in October 2008, for a local Prague League A2A division match, with Loko Vltavin B, which finished 2-2. An all-weather pitch, with very basic spectator facilities. It's luck of the draw when travelling abroad what sort of ground you get, and although the standard was very low, the match was entertaining enough.
Here is my little piece I posted on the Tony Kempster forum:

"Next up was a change of plan, thanks to my new map, if I wanted to get to Sparta Praha in the evening. There were no afternoon A1A Prague League games this afternoon, so I dropped a division below, but instead of Sokol Nebusice I saw AFK Olympia Seberov v. Loko Vltavin B. Being 'greedy' for grounds I was initially disappointed when I got off the bus from the Metro, & saw it was a railed off pitch, with no spectator facilities. How selfish! And I realised I had no such thoughts when I went to Worcester Park a couple of seasons ago! This was on an all-weather pitch, their only pitch. It looked quite new, & I think, from a sign in Czech, that it was installed in 2007, '08. There's a railing down one side, with hard standing, dugouts in the middle, and the changing rooms, part of the new pitch development behind, & the old bar set next to that, just behind. No programme, & no admission, I did a rough count, and made it about 25 spectators. The match itself? Hmm....Kent County League standard, I'd say. A 2-2 draw in the end, the finish of which I saw from the bus stop across the road (I could still see both goals!) as the match had kicked off late-by nine minutes!Why?- and just as the final whistle went my bus pulled up! I wouldn't have been too bothered at missing the end, but it's nice to know what the score was! The home side took the lead, with a superb volley that belied the lowly level, though the 'big boot' from the back showed that us English have no monopoly on the long ball, in fact the centre half would have fitted perfectly into the Hamlet Supporters' Team, such was his mastery of it! I lost count of the yellow cards in this match, they were handed out like crackers on christmas day, but only one red card, to one of the Loko side,towards the end of the first period. Star of the first half for me was a rotund number five for the home side, who certainly had a belly on him, but also a fair bit of skill, though he wasn't fit enough to come out for the second half! When Seberov went two up it should have been the proverbial 'game over', but not long before the break they pulled one back, to make for a decent second half, where it was hard to notice they were down to ten men. With about ten minutes left their battling was rewarded with their equaliser. "

The new looking building on the left houses the changing rooms, thesmaller white one on the right is the clubhouse. 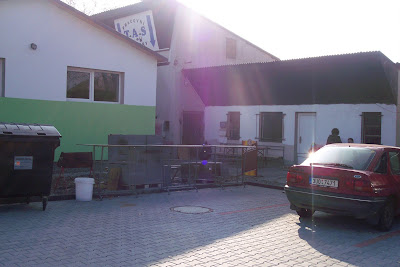 it seemed strange to be watching Everton versus Manchester United on the box, in a small, obscure Czech football ground! 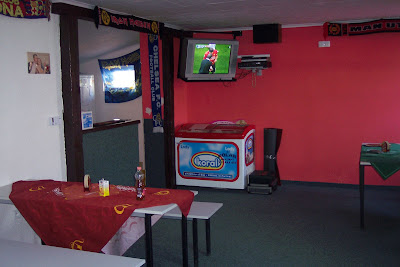 There were a number of scarves around the walls...& one for the rock band Iron Maiden! 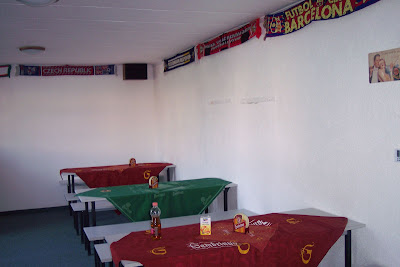 This is the actual bar. 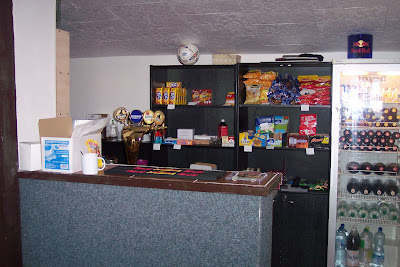 There is hard standing down one side only. 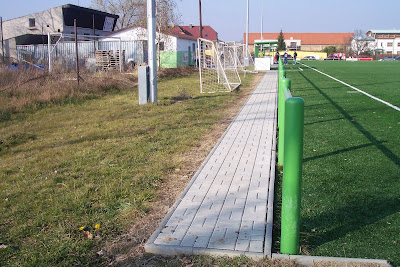 The railed off area ends at the corner. 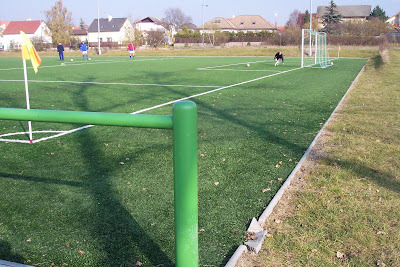 Tucked behind this corner is an old wooden training goal! I wonder when that was lasted used? 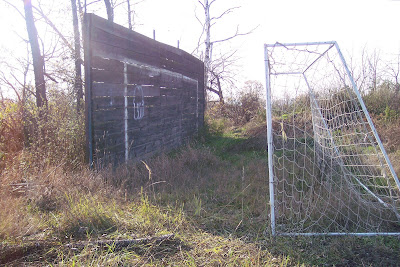 This was on the wall of the changing rooms, presumably explaining the funding for the new facilities and pitch. 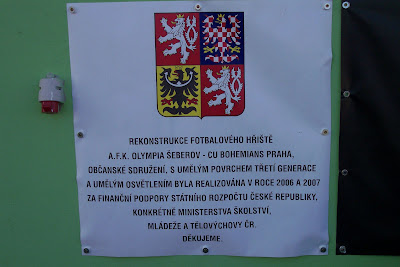 This is just behind the dugouts, with the pitch clearly railed off for the length of this side. 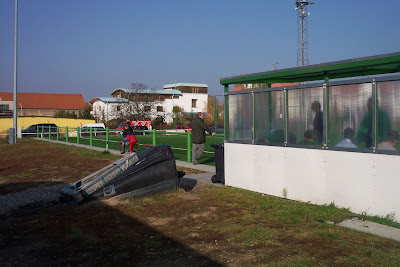 The usual pre-match pleasantries, being filmed by one of the visiting bench. Not the largest of camcorders, but bigger than the small handheld ones you see. it got me thinking of that sketch on 'Only Fools & Horses', when Delboy got a job-lot of dodgy Russian cameras! 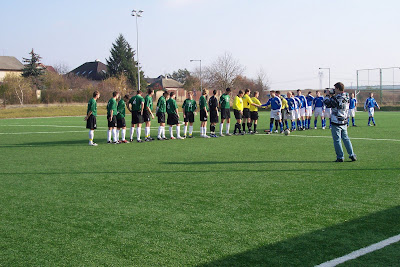 Here are the dugouts, as i leant over, pitchside. 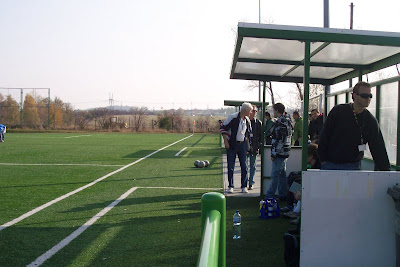 A bit of action from the match. 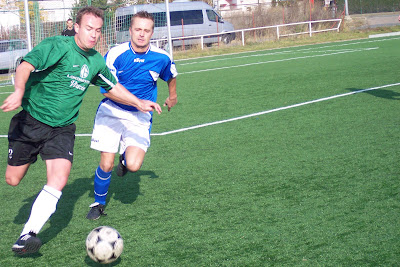 Here is the tubby Seberov player. He'd just been fouled, and the benches weren't too happy! 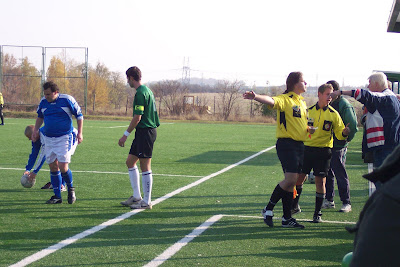 Looking down the railing, and some of the small crowd. 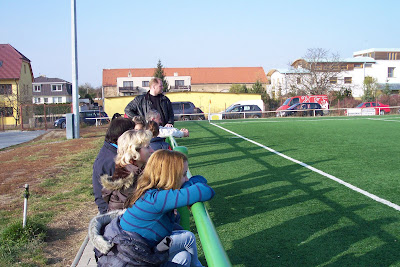 Down the far side there is no path, but small grass banking, which you could stand on. 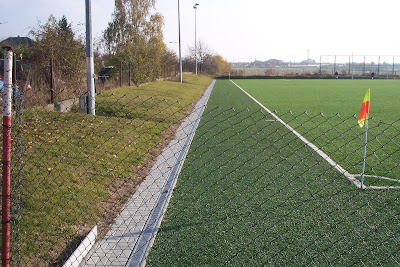 Looking along the same side, but from the other end. 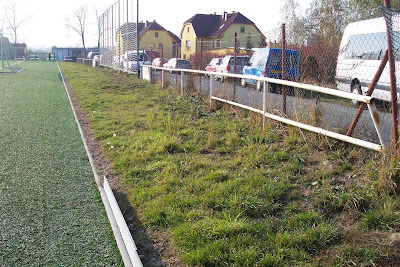 And as a corner is taken we get a good view of the facilities on the far side. 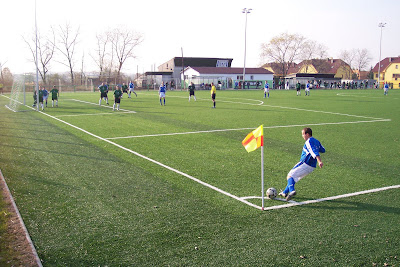