This is a small ice hockey arena, which I noticed on my map, not far from the Bohemians 1905 ground. So after the match there I stuck my head through the door and took a few snaps.
There were two teams warming up, I could have stayed, but it was very low level, and I was rather tired after a lnog day, having been to three football matches. So I'm not sure what standard the match was, or which teams play out of here. The university club whose name and crest is featured appear to have a skating section, but I cannot find a hockey section for them, though that's not to say they don't play hockey. Just that I can't find it on the internet. 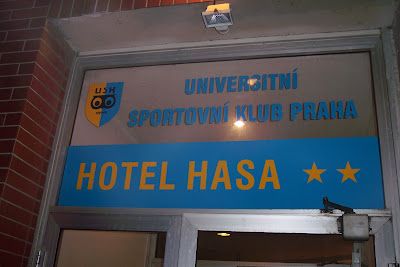 A small rink, but still much better facilities than we have in local districts in London! 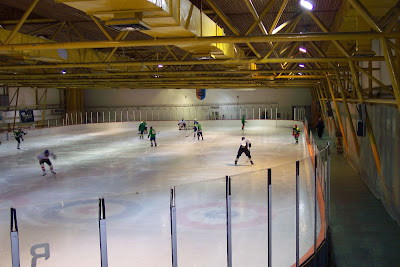 Behind one goal was a balcony area. 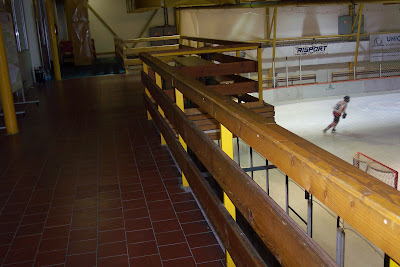 A view of the balcony from the side. 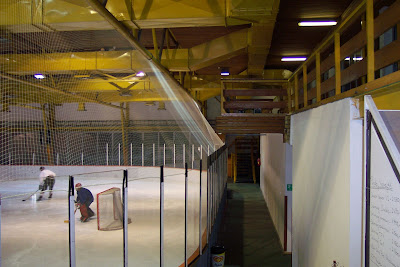 A couple of rows of benches down the side. 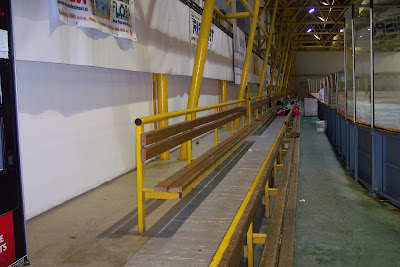 The same side, but further down the ice. 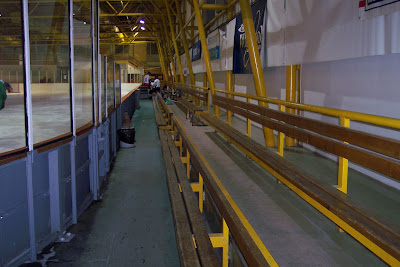 Standing room only down the other side. 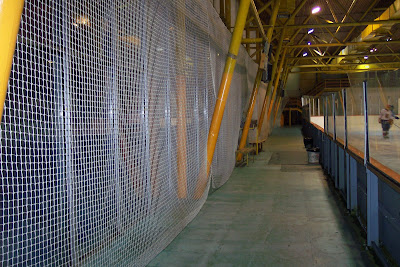 A club crest painted up on the wall down at the far end, from the balcony. 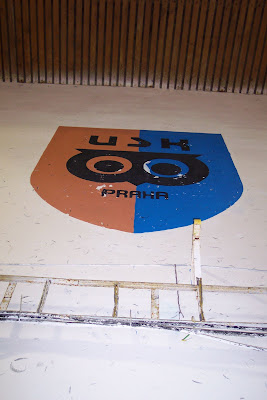 What a nice Ice Hockey rink that was...Thanks for posting this...

And what a nice 'spam' link for your hotels website! ;-)
It only stays because I love Praha! ;-)

I stayed at the hotel one time (a bit spartan, but cheap). The rink was mainly used for figure skating practice. No public use so unfortunately I could not have a go. It was a little odd having breakfast with all these kids in their skating gear around. On that trip I also saw Slavia ice hockey along the road in their very basic but atmospheric old stadium. Glad I saw it before they moved to Eden.