Whilst a genuine club in their own right, this lot-as far as I am concerned- are the 'imposters'. I cannot pretend to understand, or follow the politics of Czech football, but this Bohemians Praha club appear to have been formed in 1996. They are currently playing their First Team matches at Viktoria Zizkov, and their website lists this as their training ground, situated on Lovosicka, in the Praha 9 district. This stadium is where their B team, in the top division of the Prague district leagues, play their home games.


This sign gives the impression that they have previously played First Team games here,though I am not sure of that. 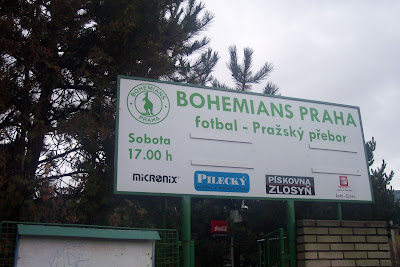 As you enter there are bulding behind, some sort of sports hall, which I would guess has some sort of Handball heritage. 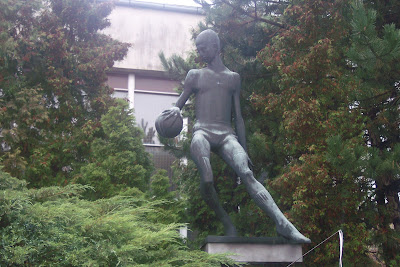 As you walk past the buildings there is a grass pitch ahead, with this stand the full length down one side. 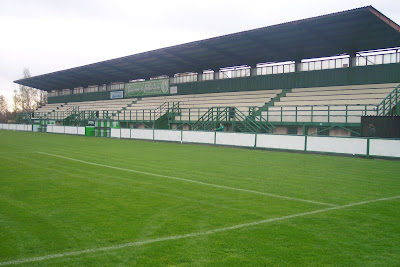 This is the only proper built up side. 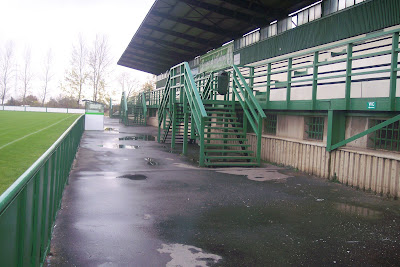 So confusing, with this club being so similar to the other, original Bohemians. 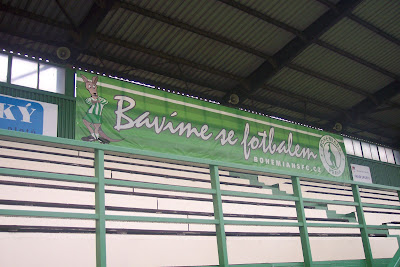 Down the far end, up in the seats. you can see there are no spectator facilities behind the goal.
Behind you can spot the all weather pitch. 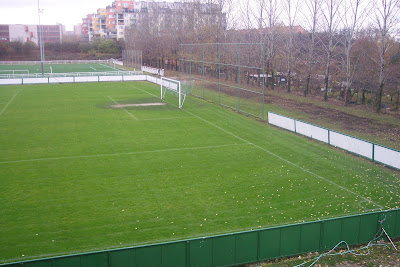 At the back we look back down the stand, and see the main building, where we came in. 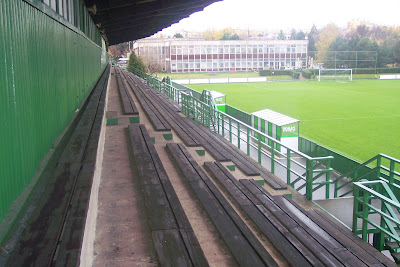 And look over to the all weather pitch too. 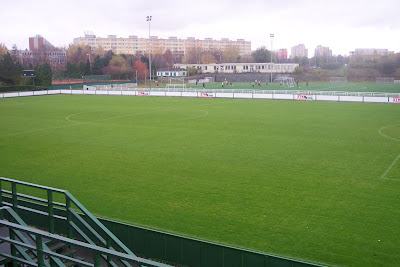 Back behind the goal where we were first of all, it's just open hard standing here. 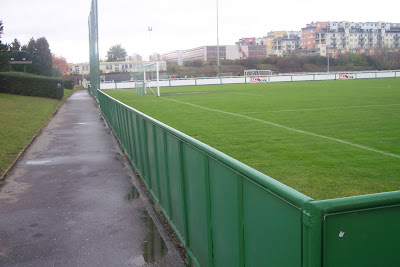 As it is on the path between the two pitches. 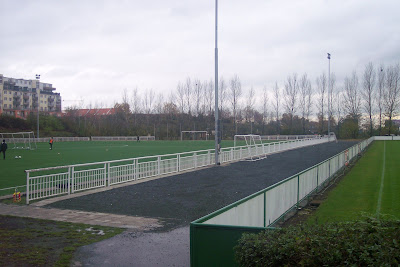 As you can see, no spectator facilities around the artifcial surface. 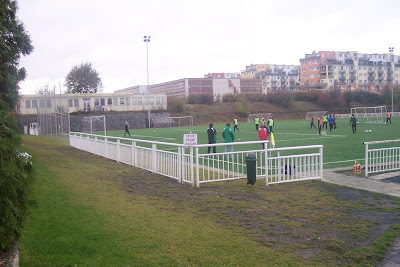 This team used to be called "Strizkov" before the old owner of the real Bohemians sold the club the naming rights. First team games were played in the stadium pictured. The club was playing in the Druha Liga (second division) until the 08/09 season and played their home games in their own stadium. It is however much too small for Gambrinus Liga (top division) games and this is why they played in Zizkov last year and are now playing at Strahov.