This small athletics ground is adjacent to the Ezena Rosickeho Stadium, which was their former base while the Eden Stadium was being rebuilt. It is definately being used by Slavia Praha B for Czech third division level games this season.
What clubs have used it in the past, or do so now, I cannot tell you.

Approaching the stadium there is this building, some sort of sportshall I think. And this statue outside. 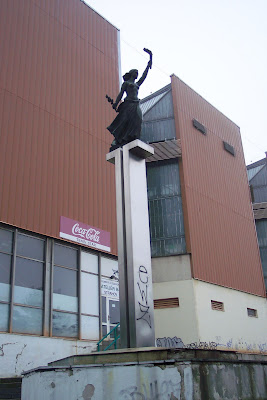 I don't know what it is supposed to represent, but it is clearly to do with athletics. 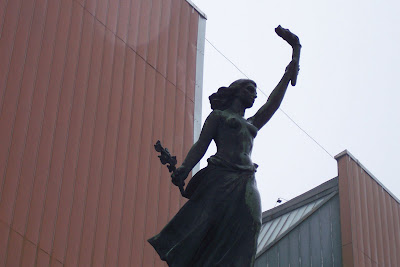 Moving along, the side of the building has this emblem on it. Again I do not know what it represents. 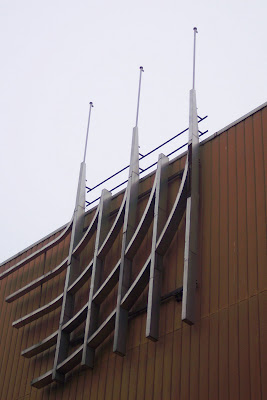 Here is a view across the pitch. There are no spectator facilities on the far side, or behind either goal. 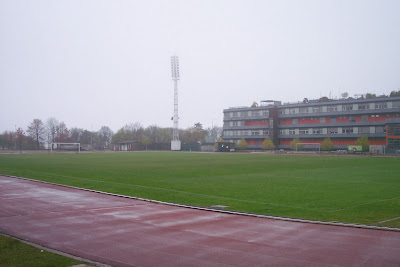 But down one side there are sections of seating. 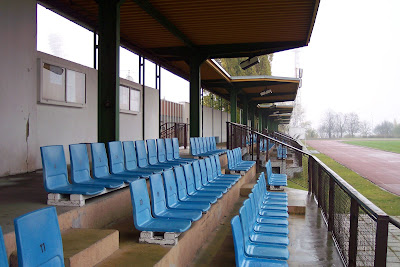 Which we can see in this photo. 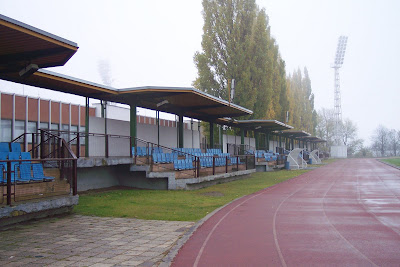 Wouldn't like to be sat behind the dugouts though! 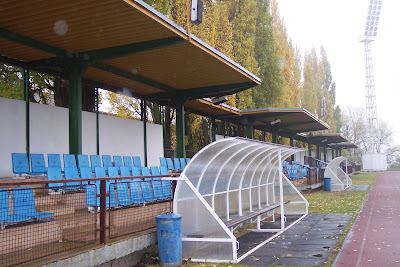 The section at the far end is strange. I don't know what happened to the seats in it, but it's almost as if there's a specific standing area! 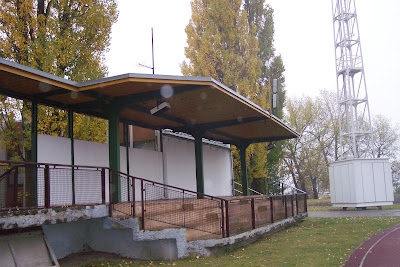 Here we look back down the spectator side. 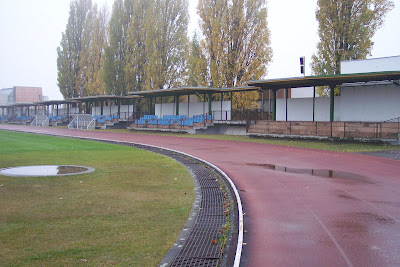 And finally here's a look at one of the seated blocks, on it's own. 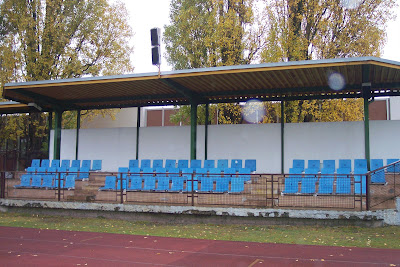