This was a strange ground! Home of TJ Avia Cakovice, who appear to play at the lowly fourth level of the Prague leagues ,it must have been quite a substantial stadium in its day. Now it is very overgrown, although still clearly in use, and it was a struggle to gain entrance. I am persistent, if nothing else, and eventually found a hole in the perimeter fence. then I had to climb up a small mud bank & got my trousers covered in mud! Luckily most of it would dry, & bursh off, before I flew home in the evening!

Anyone who has any information on this ground please get in touch!

Here are the locked gates to the ground. My initial impression was that it was derelict. 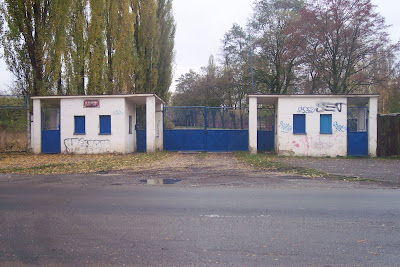 It was clearly, to me at least, once a quite substantial venue, to have had the actual street named after it. 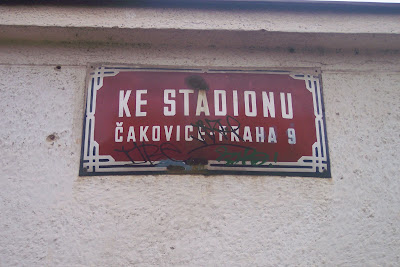 Here is the path up to the pitch, from those old turnstiles. I never actually entered the stadium from here, but will take you round as if I did. 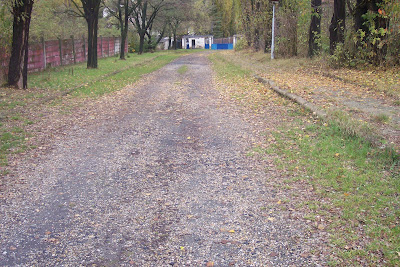 At the top of that path we turn left to the pitch and here we find some steps up to what must have been, once upon a time, a quite substantial bank of terracing. 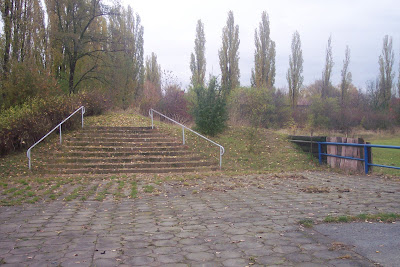 On the opposite side are the dugouts, which we go across to. 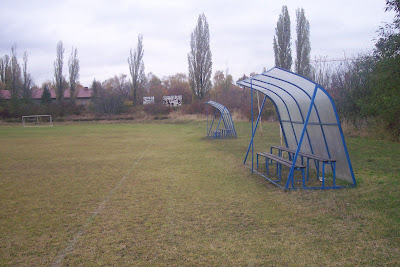 Down this side are the partially hidden remains of a pitch barrier. There is building work just behind this, so I do not know if there used to be banking on this side. 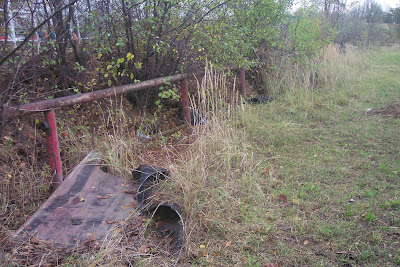 Here is more of the old barrier going doen the touchline. 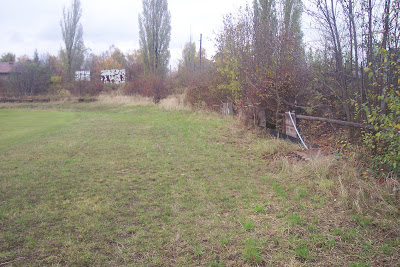 Back behind the goal, which was to the left of those steps where we started, we can look across to the changing room/bar building on the side where the path is,down to the right of them as we look. 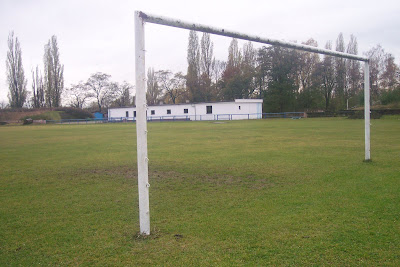 From this end we see the old banking at the far end. 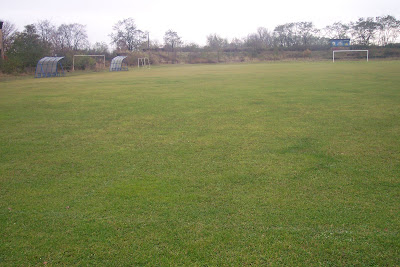 Behind the goal, around the bend is the remains of an old dirt track, which makes me wonder is this was once an old speedway ground? 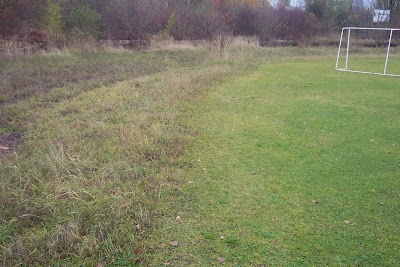 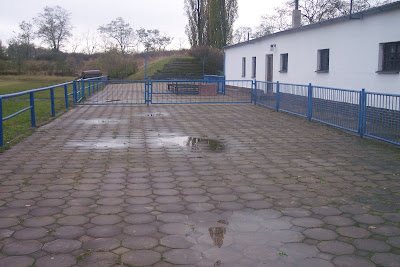 This is the view across the pitch from the 'tunnel'. 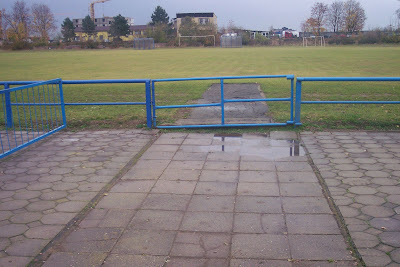 Past the building are more old steps up to the banking at this end. 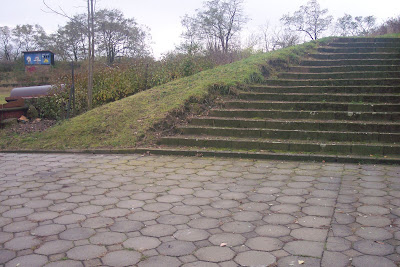 And at the top of these we look down at the building. 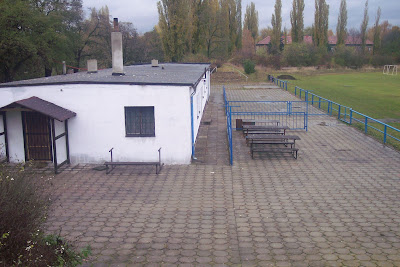 Up here we can see, & imagine, how the banking must have been in the past. 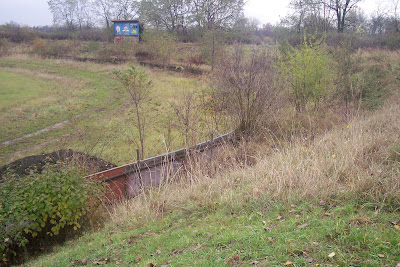 At the top of it, in the middle is a derlict scoreboard block. 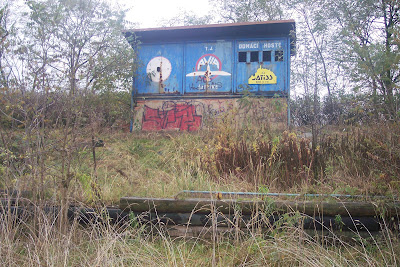 Which I was pleased still existed, as it gave me the club name! 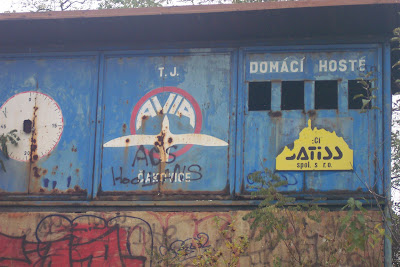 A look across the pitch from this end. 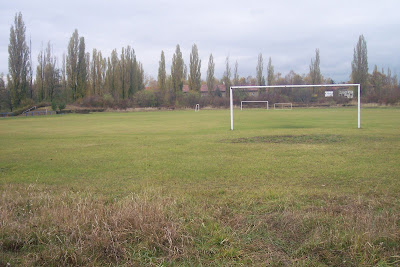 Back past the building, and the three stripes are the only 'tidy' bit of the place really, that 'attempts' to give it character & 'homeliness'. 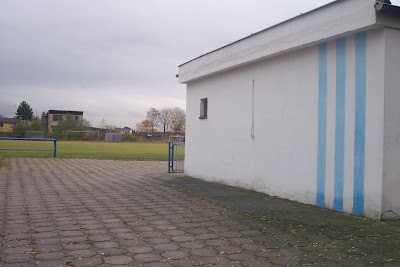 Finally, as I've left through a gap in the side of some adjacent garages (!) I walk down the road outside the ground & see the remains of this old gate. "CAKO.... SPEED..." which, maybe does indicate that, once upon a time, this was actually home to a speedway team? 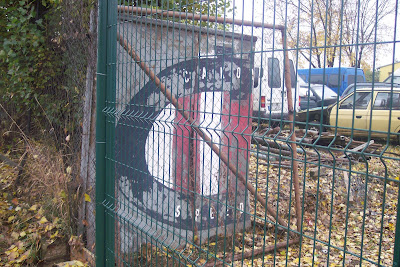 I remember searching this ground on one of my trips to Prague and - if I remember it right - couldn't quite find it. It was built in the late 1950s, overdimensioned from the beginning for such a modest club, which Cakovice obviously was, despite competing at the second level at that time. The speedway was built in 1971 and used until the late 1990s (http://www.speedwayhanzz.estranky.cz/clanky/amk-cakovice-speedway).