It was at this ground in May 2003 that the Dulwich Hamlet Supporters' Team took part in an open tournament called the Moldova Cup, and was my first ever visit to Prague. I thought it was beautiful city & returned in October 2003. I have now visited the city seven times, and will go back next year.

SK Treboradice play in the second rung of the local Prague leagues, which is the sixth level of Czech football. 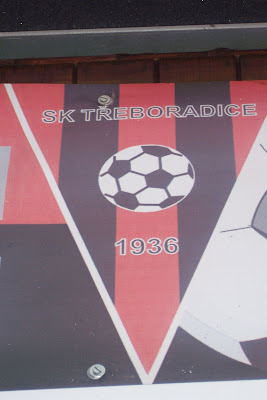 Treboradice is a small suburb on the edge of the city. This is their clubhouse, with changing rooms behind, as you approach the entrance. 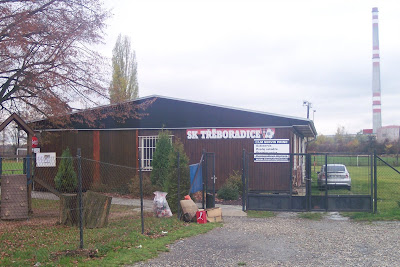 There are no spectator facilities behind the goals. The set up is very basic. 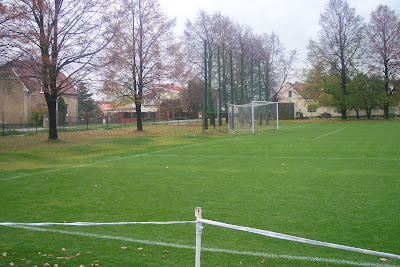 Just open standing on one side, roped off or railed down this touchline only. 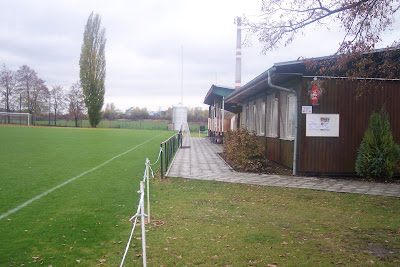 Same side, but from the other end of the ground. 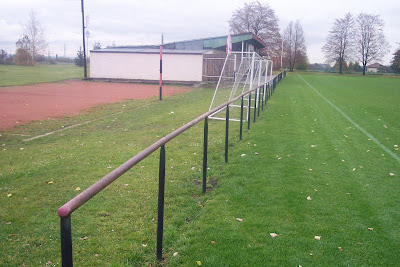 This is the goal at the other end. But it's not just any old goal! This was the net where the Dulwich Hamlet Supporters' Team scored their first ever goal on foreign soil! amazingly taking the lead against a Swiss team, through a Paul Griffin goal, before they managed to equalise. Not just our first ever foreign goal, but first point in a European tournament too! Magnificent memories! Weird though, because I always thought they were a Swiss team, but looking back at the tournament details they're actually listed as being Italian! Whatever they were a good side, but a bit too flash for everyone's liking, & our point stopped them qualifying for the knock-out stages the next day! We, of course, went sightseeing & found a local match to watch, having failed to progress! 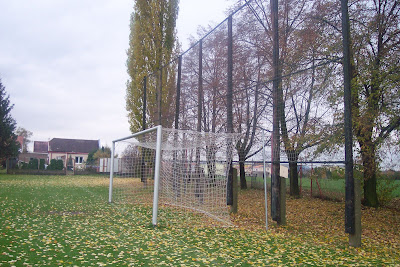 Dugouts are on the far side, with a couple of park benches inbetween for fans to sit on, if they venture over to this touchline. 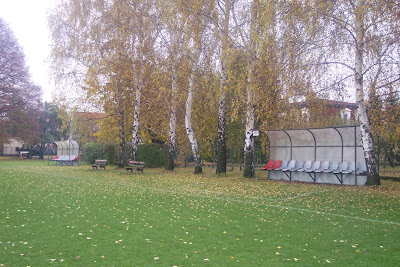 Here is the club buildings. The newer part, on the right, was not there when we played here in 2003. 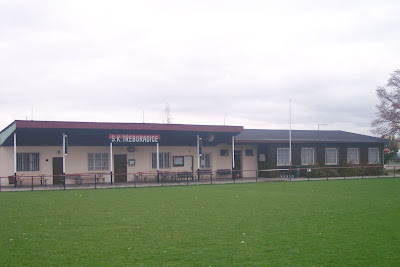 It was under this sign that we had our team photo taken. 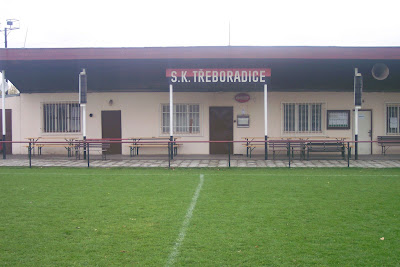 Finally, as I was leaving, I spotted this poster on the wall. Some sort of special commemorative match at the Juliska stadium, home of the famous Dukla Praha. But this was Thursday 30th October, and the match was two days previous, on the Bank holiday of Tuesday 28th. Initially I was gutted, but then I thought I'll hopefully get a chance to finally 'tick' this ground on my next visit, if lucky. And if I'd gone there I'd have missed out on tramping the streets & snapping some of the other grounds I have brought you. And as it was now out of date I swiped the poster! ;-) 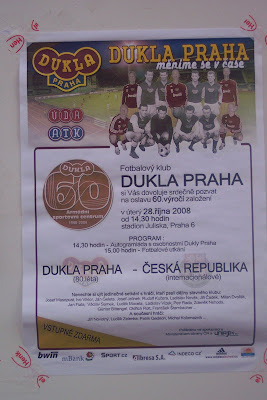