Tatra Smichov rugby club was another ground I found by luck ,simply by following pitches marked on my map. Rugby union is reasonably popular in the Czech Republic, though the code I prefer, Rugby League, has a presence too. Obviously I'd have preferred to find the location of a football ground, but hey, a stadium is a stadium! ;-) 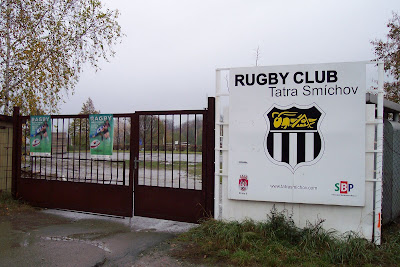 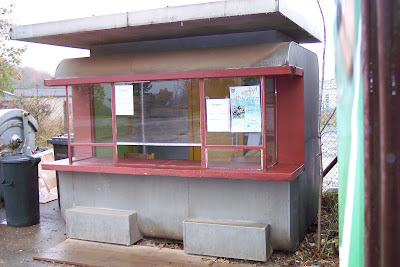 On one side there is a rickety stand, with open benches alongside it. 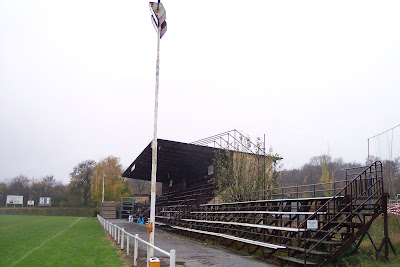 On the far side there are some more open benches, which we can see looking across from up in the stand. Here we look across the stand, under cover. I stayed her for a few minutes, a brief respite from the rain, which wasn't that heavy, but persistent. 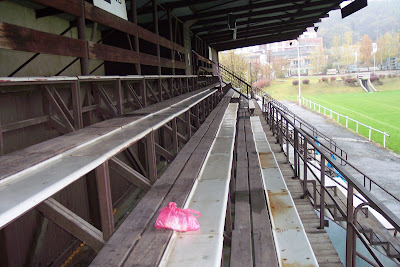 Behind the far goal are some hoardings and grass banking. Nice in the sunshine to laze on, but not in October weather! 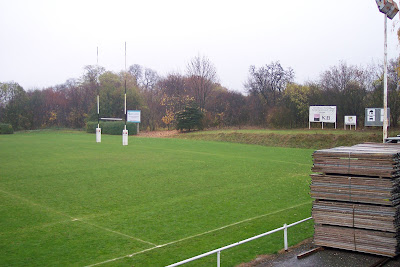 And a view from the stand, looking towards the other set of posts. 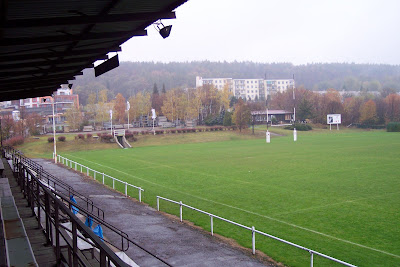 The same stand, from right in front of it. 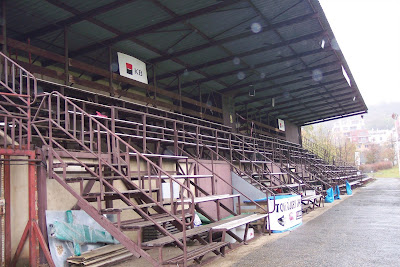 Here are the benches on the other side of the pitch. 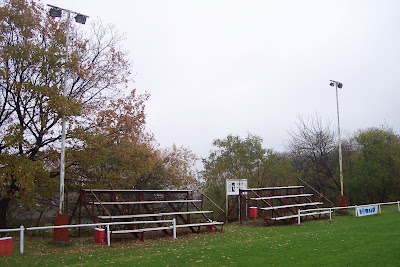 Further down the touchline we get another view, to include the pitchside rail. 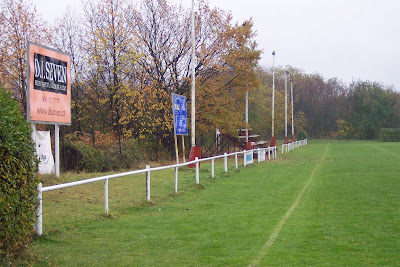 On the pitch we have a rain splattered view of the main stand. 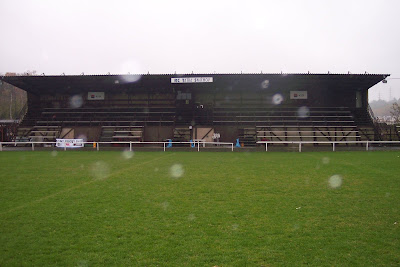 And another, darker, angle of it, through the posts. 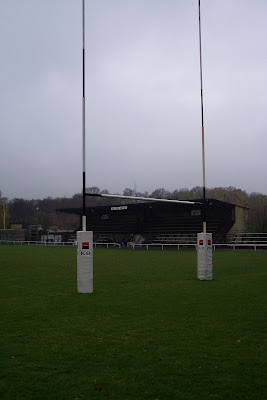 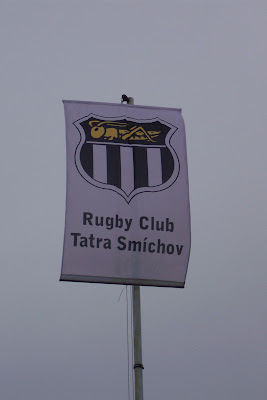 With the crest again, from the sign at the entrance. 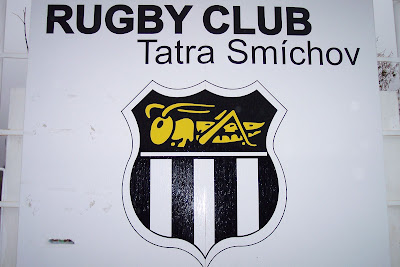