The ground of FK Sparta Kosire was a wonderful little find! Rundown, almost ready to be condemned. But oozing ghosts of a history that I knew nothing about. I entered the ground through an open gate in one corner & simply walked round it to what turned out to be the main entrance. As I left a man asked me something. I shrugged & simply said 'English..tourist'. He wandered off. Whether he thought I was crazy, or if this was a regular occurance, which I doubt (!), I will never know. But when I left the ground this man was outside, talking to some other men. One asked me, in English, what I was doing. Erm...I said I supported a small amateur club in London & like photographing grounds when om holiday. (I always describe Dulwich Hamlet as 'amateur' when abroad, even though we're semi professional, as I find it easier than trying to expalin the almost alien concept that we pay players right down at level eight of our game) The man said that was ok, it was no problem I was taking photos, just 'this man' was wondering, and he was the Club President!

This is certainly a ground I'll try ro catch a match at on a future trip back to Prague, despite the fact they are only at level two of the Prague leagues. 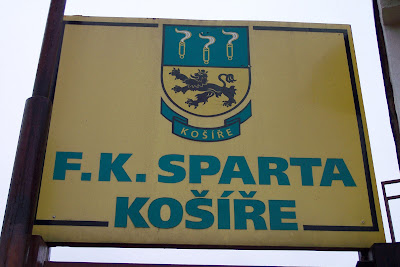 This is the entrance, with the club building, from the main road. A local bus goes past, and it's only five minutes to the nearest tram, which makes this an easy ground to get to. 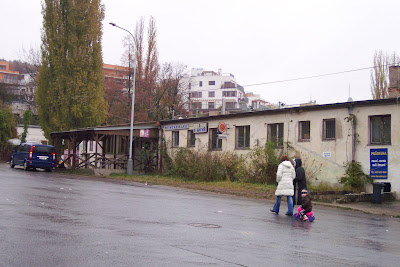 I entered the ground from the other end, through an old, open gate. As you can see down one touchline is overgrown, I didn't check if there was any old terracing under there, as it was raining. 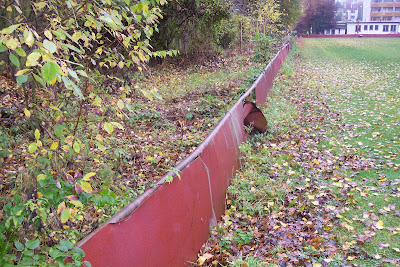 Looking across from this corner we see the dugouts and old terracing on the far side. 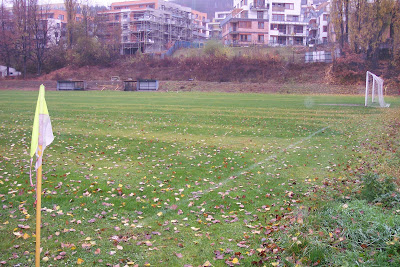 This crumbling terrace actually turns, and stretches behind the goal, though, like everything else, has clearly seen better days. 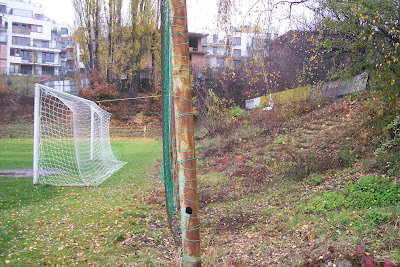 Well I said it was raining! 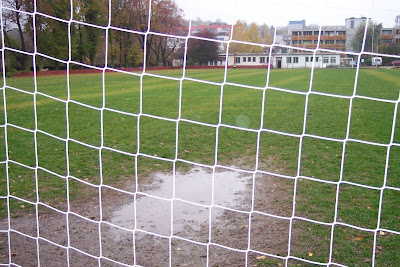 Here is ashot of the terrace behind the goal from the other corner. 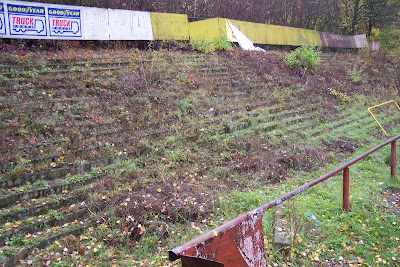 And now we look down the side terracing. Overgrown, but oozing an old characterful history. 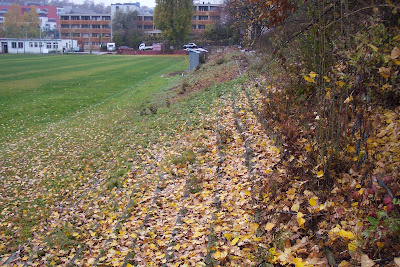 Even the dugout area has seen better days. Clearly recently rebuilt out of corrigated iron! 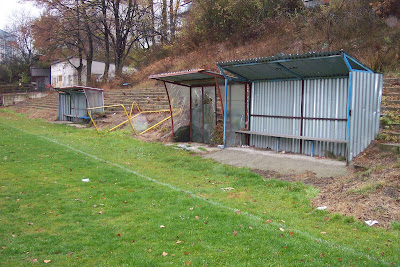 Down towards the far end now, where the entrance is, we look back down the terrace. 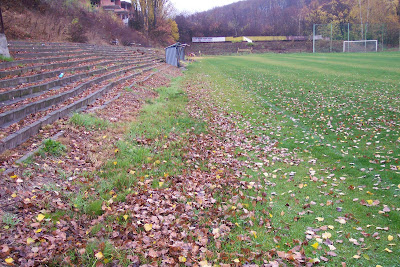 From the corner we look towards the goal & the club buildings. 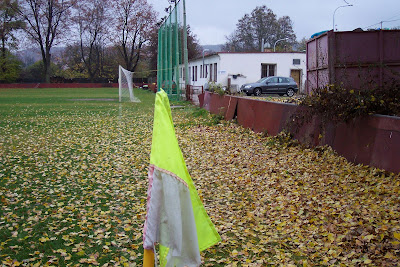 This angle is from the 'players tunnel', the spot where they run onto the pitch under this raised barrier. 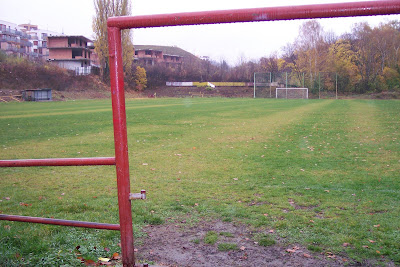 From outside the clubhouse we look back to the corner. As I said at the beginning I think this is a ground well worth visiting to watch a game. 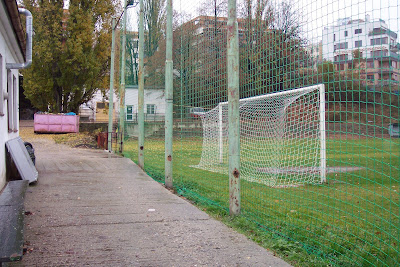