FC Pragis Satalice was the first Czech ground I saw a full game on. It was back in May 2003, and one of our Dulwich Hamlet Supporters' Team, who were in a tournament in Prague, discovered a local game at this ground. At the time they played in the fourth division level. But now, as far as I can ascertain, they have dropped down another four levels, to the fourth divisions of the local Prague leagues.

If I am correct I have no idea how such a plummet came about.

They must surely have the most impressive ground at this level, if I got this right.

Back in 2003 there was an entrance to the ground here. But now you have to go round to the other side of the ground. Here is the outer wall, where the stand backs onto. this is a new stand, on a previously open side, which had a few benches down it. 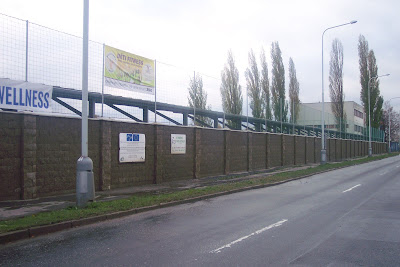 On the outer wall is this sign. Which presumably explains how the new development was funded. 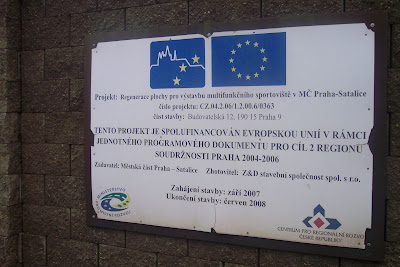 Once inside the ground you see these new buildings. Which seemed to include changing rooms, bar & some sort of health club, though i didn't go inside.
This open standing runs down one of the touchlines. 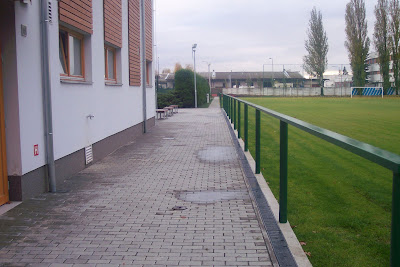 Going in an anti clockwise direction we head behind the goal towards the stand. That dog wasn't camera shy, as it followed me round, as you shall see. Note that lone bench. 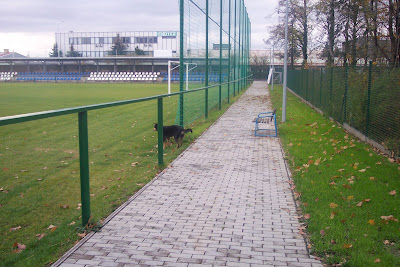 Here are the seats, which run the length of the touchline. This was an open side on my last visit, with benches like the one I just mentioned running down it, with no cover. 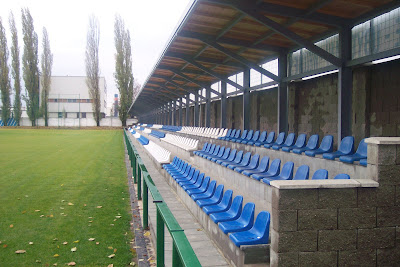 From the far end we look across the pitch, over to the new buildings. 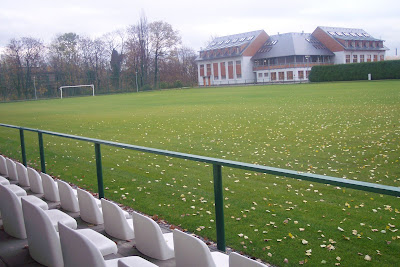 I particularly like this shot, which catches both the club buildings and the seats. 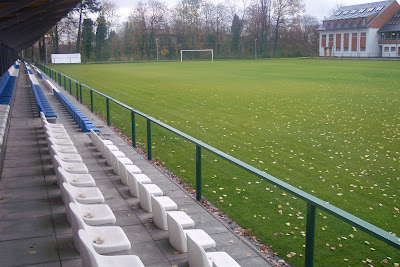 You cannot stand behind the goal, it is not railed off, and there is no path. 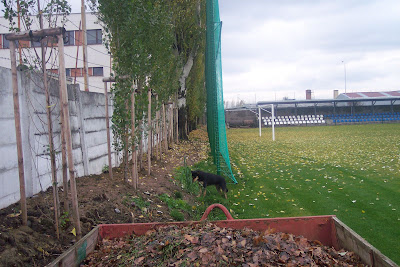 That stand does look smart from over here. 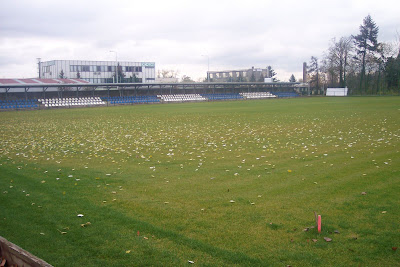 Back along the side now, and we look down it from the other end to where we entered. 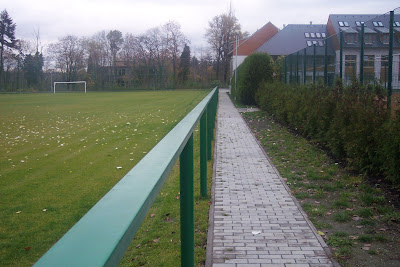 A smart sign on the building explains the funding. 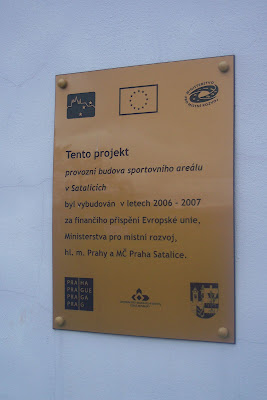 There is also an all weather pitch, which was a grass one, back in 2003. There are no spectator facilities at this one. 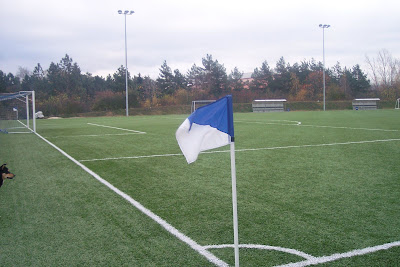 Apart from the grass banking, which you could stand on to get a decent vantage point. Thes old beches were stacked up in the corner. Presumably the very ones that used to run down the side, where the new seats are, at the main pitch. 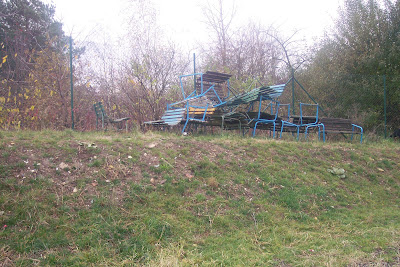 A glance down the banking, before it's time to move on. 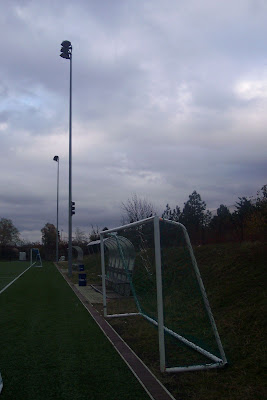 We hold two tournaments a year at Satalice (July + October) and we agree with your comments that the ground is excellent.

Do you fancy another trip to Prague to play at the ground?

and for the tournaments

If it were down to me we'd certainly return to Prague! But, sadly, I don't organise Supporters' Team football tours.

Are you able to email me the details of who does?

Maybe I can send them some info that may tempt them to organise a tour back to Prague?